All 46 countries produced voluntary national reviews (VNRs) aimed at facilitating the sharing of their experiences, including successes, challenges and lessons learned, with a view to accelerating the implementation of the 2030 SDG Agenda. 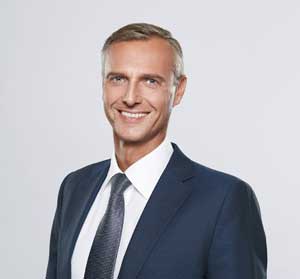 The VNRs also seek to strengthen policies and institutions of governments and to mobilize multi-stakeholder support and partnerships for the implementation of the Sustainable Development Goals.

Since the launch of the 2030 Agenda for Sustainable Development, the number of countries presenting VNRs has increased significantly since the original 22 in 2016.

With this year’s Forum, says the UN, more than 120 countries have submitted their reviews, showing commitment to tackle some of the biggest challenges of our time. The Forum also brings together leaders from all sectors of society, including the business community and civil society.

Perhaps one of the most comprehensive VNRs was from the Slovak Republic which was presented by the Deputy Prime Minister for Investments and Digitalization Richard Raši.

Asked about Slovakia’s key challenges in implementing the 17 SDGs, the Deputy Prime Minister told IPS: “Our main challenge is a change of mindset in our society where there is still prevalence of strong orientation on instant benefits and individualism, but communitarian and holistic needs are being considered only too little, as well as further horizons.”

“A big task ahead of us is therefore creating awareness about SDGs to promote voluntary engagement of all stakeholders. Our objective is mainly to engage local and regional stakeholders, because it is estimated that 65% of the 169 targets of the 2030 Agenda cannot be reached without engaging and coordinating with local and regional governments,” he pointed out.

“To make our interventions towards reaching the SDGs effective and targeted, they will be based on a territorial approach and on the principle of subsidiarity. Local and regional governments have an indispensable role in mobilizing a wide range of stakeholders and facilitating “bottom-up” and inclusive processes for the implementation of the 2030 Agenda. The formation of multi-stakeholder partnerships is equally important,” he declared.

“I have first-hand experience with the role of cities in localizing agendas and engaging its citizens for various causes. Between 2010 and 2018, I served as the mayor of the second largest city of Slovakia, Košice. During my term, Košice was named European Capital of Culture in 2013 and European City of Sport in 2016. In 2019, the city will be a European Volunteering Capital. Until 2030, we aspire to make significant progress in six national priorities that were defined in a broad stakeholder participation process.”
Excerpts from the interview:

IPS: What are your national priorities relating to Agenda 2030?

Deputy Prime Minister: Education for a life in dignity – support for education of socially or physically disadvantaged groups of people, because no one can be left behind. We also need to upgrade the overall quality of our educational system, because we cannot be satisfied with the results of Slovak pupils in international testings.

We also aim at intertwining education more closely with future labour market needs, that will, in the near future, require more and more complex skills like solving complex problems, critical thinking or creativity. Last but not least, our ambition is to better the teachers´ position in society as well as their professional preparation.

Transformation towards a knowledge-based and environmentally sustainable economy in the face of changing demography and global context: Slovakia has an open, export-oriented economy that is part of the European Union and Euro-zone. Therefore, we have to sensibly perceive and react to challenges and changing conditions that Europe has to face. Our own challenge is an ageing population that our social system must deal with. As to the transition to circular economy, that is an absolute environmental imperative.

Poverty reduction and social inclusion: although the problem of poverty is not too convex in Slovakia, we are aware of the need to raise the purchasing power of our citizens to match their counterparts in most developed European nations, the need to reduce regional disparities in income, and above all we are aware of multigenerational islands of extreme poverty that are sharply bounded both regionally and ethnically and pose a very complex problem.

Sustainable settlements, regions and countryside in the face of climate change: climate change is a fact and we have to reflect if in our urbanistic planning and in our approach towards the country. It is especially important to strengthen adaptation measures and to enhance the resilience of our communities and society to the potential adverse effects of climate change.

Rule of law, democracy and security: by which I mean, for example, strengthening of public trust into institutions and readiness towards new security threats such as spreading disinformation, rise of extremism or cybernetic crime.

Good health: apart from increasing the quality of health care, there must be above all increase in the state of public health by preventive means. That will not happen without a change in Slovak people´s lifestyle. Because our population is ageing, increasing healthy life years and prevention of chronical and civilisation diseases must be priority.

IPS: Conforming to a widespread appeal to member states by the UN, Slovakia has firmly committed its political will to implement the 2030 Agenda. But what is the primary impediment towards achieving its goals? Is it lack of development funding? Or decline in ODA? Or both?

Deputy Prime Minister: We of course recognise, that the national priorities will gain genuine significance only once they will be prioritised in terms of budgetary allocations. At the moment, the 2030 Agenda and the national priorities are not sufficiently integrated into the sectoral strategies of ministries and consequently they are not included in sectoral investment plans either. Therefore, as an essential part of the National Development Strategy, a National Investment Plan will be elaborated, which should bolster financing for sustainable development.

But if the importance of sustainable development was recognised in society and the stakeholders came forward with voluntary initiatives, finance would not be so essential. Therefore, I do not deem the main obstacle in achieving the SDGs to be only money, but also a lack of awareness.

We are fully aware, that while it is crucial to set up an effective framework for implementing the 2030 Agenda within our national borders, our responsibilities stretch further. In terms of supporting the implementation of the SDGs globally, we regard ODA as an important tool but not the only one. Net ODA as a percentage of gross national income has been gradually increasing in Slovakia over the last decade, but still falls below target values.

A second tool we utilise to contribute to sustainable development on a global level is leveraging our membership and position in international and regional organisations to mainstream sustainability in all areas of global concern.

IPS: How do the 17 SDGs fit into your national development strategy? Is there any coordination among your various ministries in helping implement the 2030 agenda?

Deputy Prime Minister: Our ambition is to establish the 2030 Agenda as the core of Slovakia´s strategic governance framework. Having defined our six national priorities in a broad stakeholder participation process, our next step will be to further develop these priorities within a National Development Strategy until 2030. This strategy should in turn form the basis of all sectoral and cross-cutting strategies, as well investment plans.

To turn this ambition into practice, a robust institutional framework is in place. It includes all key stakeholders for implementing the 2030 Agenda. In Slovakia, the coordination of the implementation of the 2030 Agenda is shared by the Deputy Prime Minister’s Office for Investments and Informatization, in charge of the national implementation of the Agenda, and the Ministry of Foreign and European Affairs, responsible for implementing the Agenda in an international environment.

IPS: Are there any significant contributions from parliamentarians, NGOs, academia and the private sector– described as key stakeholders– in the implementation of the 17 SDGs?

Deputy Prime Minister: Key stakeholders, including academia, NGOs and the private sector, have been involved in the implementation of the 2030 Agenda from the very beginning. Stakeholders were engaged in the process of defining Slovakia´s national priorities for the 2030 Agenda, in accordance with the principle of participation and partnership. Currently, we are working to involve parliamentarians more deeply, who should have an important role in monitoring the implementation of the 2030 Agenda and in ensuring continuity.