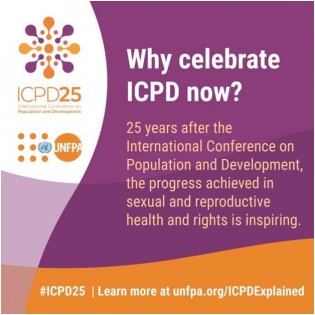 By Razeena Raheem
Over the years, the UN Population Fund (UNFPA) has worked in tandem with legislators and parliamentarians to help implement the historic Programme of Action (PoA) adopted unanimously by over 20,000 UN delegates at a landmark International Conference on Population and Development (ICPD) in Cairo back in 1994.

By Razeena Raheem
At the High-Level Political Forum, which concluded mid-July, world leaders from 46 countries show-cased their progress in achieving the UN’s 17 Sustainable Development Goals (SDGs), including eradicating extreme poverty and hunger by 2030. All 46 countries produced voluntary national reviews (VNRs) aimed at facilitating the sharing of their experiences, including successes, challenges and lessons learned, with a view to accelerating the implementation of the 2030 SDG Agenda.

By Razeena Raheem
Speaking at the opening of the two-day World Government Summit in Dubai, Sheikh Mohammad Bin Rashid Al Maktoum, Vice-President and Prime Minister of the UAE and Ruler of Dubai, said economic openness is a ground reality.

By Razeena Raheem
When former UN Secretary-General Ban K-moon was in Abu Dhabi for the World Future Energy Summit last year, he singled out the key role played by the United Arab Emirates (UAE) in “safeguarding the future of our planet” by showcasing clean, sustainable energy --- a centre piece of the UN’s post-2015 development agenda.