ROME, Feb 13 2017 (IPS) - Speaking at the opening of the two-day World Government Summit in Dubai, Sheikh Mohammad Bin Rashid Al Maktoum, Vice-President and Prime Minister of the UAE and Ruler of Dubai, said economic openness is a ground reality. 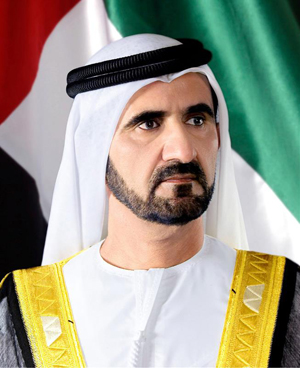 “We, as Arabs, should not lean towards economic isolation as the global market is open,” he told a gathering of nearly 4,000 global leaders and experts from 139 countries at the 5th annual World Government Summit.

“We should not lose hope that we can achieve Arab progress and development, despite challenges and problems surrounding us. The GCC’s (Gulf Cooperation Council) achievements over the past four years are equal to achievements made by the GCC over the past 40 years, he added.

He said success is not measured by the size of a population nor by the modernity of countries or oil resources, but by will and management.

“The GCC under the leadership of Saudi Arabia’s King Salman Bin Abdul Aziz, will have a major role and positive impact on the Arab level,” he added.

Referring to the rise of terrorism worldwide, he said: “We have those who kill others in the name of the Holy Quran, and they blow themselves up in the Arab, Europe and the US. But they have nothing to do with Islam, which is innocent and a religion of tolerance. Prior to Islam, tribes were fighting and invading each other. With the advent of Islam, a great civilisation was built, one that benefitted the entire world.”

In his opening address, he also said the policy of the United Arab Emirates (UAE) is based on placing the interests of its people over any other considerations. The previous US administration committed a series of mistakes, such as the invasion of Iraq and supporting revolutions, he said.

“The UAE, like any other country, was subjected to plots, however this never prevented us from working hard and accomplishing achievements. I believe that there are conspiracies targeting countries, and this has existed for thousands of years. Each country works for their own interests, but this will not stop us,” Shaikh Mohammad added.

“Mankind creates civilisations, and the Arab people have the cultural fundamentals to rise again,” he added.

Among the keynote speakers on the opening day February 12 were the Founder and Chairman of the World Economic Forum, Klaus Schwab, who cautioned governments about the global ‘emotional turmoil’ saying, “If we want to go forward, we need a completely new system where the human-being is at the center, and societal advancement is the key.”

Speaking at a panel discussion, US economist and Columbia University Professor Jeffrey Sachs, said the success of a government must be defined by its ability to facilitate the happiness and well-being of its citizens, and should replace old paradigms that focus overwhelmingly on economic performance.

The award was based on four parameters of excellence – innovation, leadership, impact, and reputation. She was honoured for her contributions towards the eradication of Ebola, reduction of child mortality rates and the prevention of malaria in Senegal.