There will be presentations by representatives of Germany, Japan and the Republic of Korea to discuss the renewable energy potential on the Korean Peninsula as well as the energy transition in Japan and Korea. The presentations will be followed by discussion among speakers and discussants, including participants from GGGI’s Member countries.

Hans-Josef Fell, President of the Energy Watch Group will speak about how bringing peace, prosperity and promoting green growth is key to achieving 100% renewable energy on the Korean Peninsula. He claims that renewables are a driver for peace. He added that political challenges are connected with fossil and nuclear energies and that renewables can solve political issues. 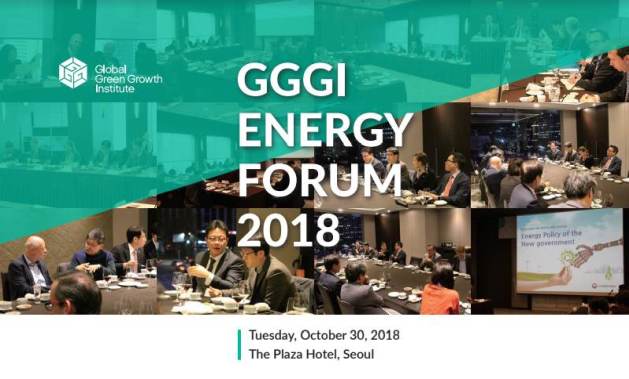 Izumi Kaizuka, Director of RTS Corporation will give a presentation on the current status and outlook of the Japanese PV market while Lee Kyung-ho, Director of the New and Renewable Energy Policy Division, Ministry of Trade, Industry and Energy, Republic of Korea will present on Korea’s Renewable Energy 3020 goal.

During the discussion session, participants from GGGI’s Member countries, including Denmark, Mongolia, Norway, the UK and energy experts in Korea will get an opportunity to share their countries’ energy transformation experience and more.

The clean energy transition is well under way, triggered by market forces and declining costs of renewable and storage technologies. Renewable-energy source technologies, such as wind power and solar are highly likely to surpass traditional fossil fuels in terms of usage. There are several ways to generate power from biomass, hydro, wind, solar, and geothermal sources. These renewable-energy source alternatives to fossil fuels are already becoming a significant part of our power-generation mix.

In the Republic of Korea, President Moon Jae-in set the Renewable Energy 3020 goal in November 2017, with the aim of increasing the proportion of energy generated from renewable energy to 20 percent of the total by 2030 from the current 7 percent. Korea’s neighboring country of Japan halted all its nuclear power generation following the Fukushima nuclear power plant explosion in the wake of an earthquake and subsequent tsunami in 2011. While overall emissions in Japan remain relatively high, new policies have the potential to positively affect the country’s long-term emissions trajectory.

The Korean producers of cleantech, storage and e-mobility technologies are leading worldwide. This leadership can turn the Korean peninsula into a flagship region for an ecologic, nuclear-free and green economy worldwide. It will also make a significant contribution to achieving the Paris Agreement targets, which aim to limit the global temperature rise between 1.5 and 2.0 degrees Celsius.

After successfully organizing the first GGGI Energy Forum in Seoul in 2017, GGGI and Hanwha Q CELLS will hold the second energy event in Seoul in 2018 to bring together GGGI’s Members and partners, leading energy experts, scholars and policy makers from both the private and public sectors to discuss the importance of shifting toward a renewable energy-driven economy and sustainable future.