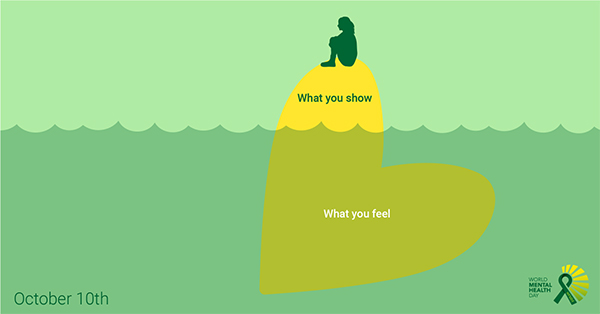 GENEVA, Oct 9 2018 - Today, on World Mental Health Day, IOM would like to honour all the migrants who stand strong in the face of adversity and uphold human rights and values. Migration should be a positive experience, but often isn’t. As people move in search of opportunity, or in pursuit of new adventures, too often their journeys are characterized by insecurity and sometimes physical danger, especially for those who are pushed to leave their countries of origin due to abuse or human rights violations that harm their mental health.

Studies show there is persistently high mental health vulnerability impacting migrants who experience physical and psychological trauma, torture or inhuman and degrading treatment. Exploitation or other forms of abuse and violence during journeys also take their toll.[1] Even after reaching their destinations, some migrants come up against barriers to mental health care services, and experience high levels of distress due to discrimination and xenophobia, uncertain legal and economic status, family separation and poor housing conditions amongst other challenges.

Restrictive measures of migration management, such as prolonged detention, reportedly represent severe challenges for migrants’ mental health.[2] Scientific evidence shows the harmful impact of immigration detention on children.[3] Furthermore returns — particularly in the form of deportations — also can have a detrimental impact on a migrant’s mental health, leading to depression, anxiety and in some cases suicidal thoughts.[4]

The right of everyone to enjoy the highest attainable standard of physical and mental health is explicitly described in several of the human rights treaties.[5] Yet more needs to be done to guarantee such a right in the migration context. Ensuring this right for migrants requires removing laws that restrict access to mental health-care based on migration status. Measures also need to be taken to address obstacles to access to mental health care services, such as language and cultural barriers, lack of health coverage and more. The right to good health is broader than access to health care and is interrelated to several other important rights such as the right to food, suitable housing, work, education, human dignity, life, non-discrimination, the prohibition against torture, privacy, access to information, etc.[6]

Migrants’ mental health is improved when they feel safe, respected and productive. The vast majority of migrants contribute to making health care more affordable in countries of destination, and sometimes in countries of origin too.[7] There are also migrants who work as doctors, social workers, psychologists, nurses and care workers, serving with their expertise the improvement of overall health systems in their country of destination. A rights-based approach to migration management serves public health systems and societies at large. Together we can do more to translate this empirical evidence into reality.

[2] Report of the Special Rapporteur on the human rights of migrants, Jorge Bustamante, A/HRC/14/30, para 24.

[7] See for example: Is migration good for the economy? Migration Policy Debate, OECD May 2014; Sanket Mohapatra, Dilip Ratha, and Elina Scheja, Impact of Migration on Economic and Social Development: A review of evidence and emerging issues, World Bank Paper for the Civil Society Days of the Global Forum on Migration and Development 2010