Climate of Repression a Dark Cloud over Upcoming Elections in Fiji 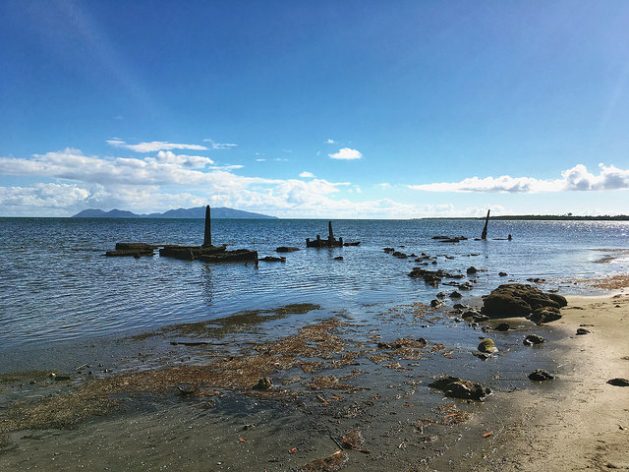 This is the postcard picture of paradise that comes to mind when tourists think of Fiji. But for many citizens of the South Pacific’s largest island nation, and its media, the reality is anything but blissful.

And the repressive climate in which elections are about to take place serves to highlight the decline in democracy there in recent years.

In fact, since incumbent Prime Minister Frank Bainimarama seized power a coup in 2006, Fijians have seen their civic freedoms increasingly restricted through repressive laws and policies.

The CIVICUS Monitor, an online platform that tracks threats to civil society across the globe, says these restrictions have also created a chilling effect within Fijian media and civil society.

Voters in this country of 900,000 people go to the polls on November 14 in the second national elections since the return to parliamentary democracy in 2014. But given the state of afffairs, serious questions have been raised about the poll’s legitimacy.

Bainimarama’s FijiFirst government took the reins democratically following the 2014 vote – after eight years of ruling by decree. To hold on to power, Bainimarama has tried to muzzle the media and any criticism.

For several years after the coup, a regime of heavy censorship was imposed, where officially-appointed censors roamed newsrooms, deciding what could and could not be published.

In 2010, the government introduced a media decree that imposed excessive restrictions on the right to freedom of expression with hefty penalties. It also barred foreign investors from owning more than 10 percent of a Fijian media outlet.

That law has since become a noose around the neck of the media sector, giving the authorities the license to imprison journalists or bankrupt editors, publishers and news organisations.

Three years ago, the noose tightened when the decree was amended to prohibit the airing of local content including news by subscription-based television services. Early this year, the former UN High Commissioner for Human Rights Zeid Ra’ad Al Hussein raised concerns about this law saying it “has the effect of inhibiting investigative journalism and coverage of issues that are deemed sensitive, as well as discouraging a plurality of views.”

Some outlets have tried to challenge the official suppression and paid for it. In 2012, The Fiji Times, one of the very few independent news outlets that has refused to toe the government line, and its editor-in-chief, Fred Wesley, were found guilty of contempt of court for reprinting an article first published in New Zealand, that criticised Fiji’s judiciary.

Four years later, four Fiji Times officials, including Wesley, were charged with sedition for a letter published in the weekly vernacular Nai Lalakai newspaper, that authorities found to contain inflammatory views about Muslims.

This, even though the letter was not written by any Fiji Times staff. Human rights groups believe the charges were politically motivated. Despite the judicial harassment, they were acquitted by the Fiji High Court in May 2018.

The sedition law has also been used by the Fijian authorities to target opposition politicians. In March, the Fiji United Freedom Party’s former leader, Jagath Karunaratne and former opposition parliamentarian, Mosese Bulitavu were convicted of spray painting anti-government slogans in 2011 – charges they have denied. Both were sentenced to almost two and a half years in prison.

The government has also in recent years tried to systemically weaken the power of trade unions, which has a strong voting bloc. Felix Anthony, the Fiji Trade Union Congress (FTUC) National Secretary, has blasted Bainimarama for preaching respect for human rights and painting a picture of Fiji for the international community that is in stark contrast to the reality on the ground.

Anthony has accused the government of ignoring workers’ collective bargaining rights and imposing individual contracts on civil servants, teachers, nurses and other workers in direct violation of labour laws and international conventions that Fiji has ratified. Over the last year, the trade union has been denied permission to hold peaceful marches on at least three occasions, without a valid reason.

While CSOs often play a crucial role in election preparations and promoting participatory democratic culture in many countries, this is not the case in Fiji. A 2014 Electoral Decree, which does not allow any CSO that receives foreign funding “to engage in, participate in or conduct any campaign, including organising debates, public forum, meetings, interviews, panel discussions, or publishing any material that is related to the election”, has effectively barred civil society participation in elections.

Clearly unjustified, this ban is a violation of freedom of expression and undermines civil society, a key pillar of any democratic society.

Despite these worrying restrictions, Fiji was elected to the United Nations Human Rights Council (UNHRC) in October 2018 for a three-year term. Among its commitments was that Fiji ratify the International Covenant on Civil and Political Rights – a treaty that clearly outlines legal obligations to respect and protect the right to freedom of expression, peaceful assembly and freedom of association. Demonstrated respect for these rights must begin with the upcoming elections and upheld by the winning party after it.

The next administration must take steps not only to ratify all human rights treaties but to ensure that all laws and decrees – such as the sedition and media laws – are revised or repealed to keep national legislation in step with international human rights law and standards.

Law enforcement officials, such as the police, who are seen to be controlled the executive, must be re-trained to ensure that they operate independently, respect the right to free speech and assembly and allow peaceful protests.

The incoming administration must take steps to foster a safe, respectful and enabling environment for civil society and swiftly remove measures that limit their right to participate in elections.

During the pledging event by candidate states to the UNHRC in Geneva in September, Fiji’s representative at council, Nazhat Shameem, committed to giving the South Pacific region a voice in world’s main human rights body.

A lofty promise for a government not in the habit of giving voice to interests beyond its own. Fiji should start by allowing its own citizens to speak out and express themselves at home, without fear of reprisals.