Why We Should Care about Vulnerable Coastal Communities 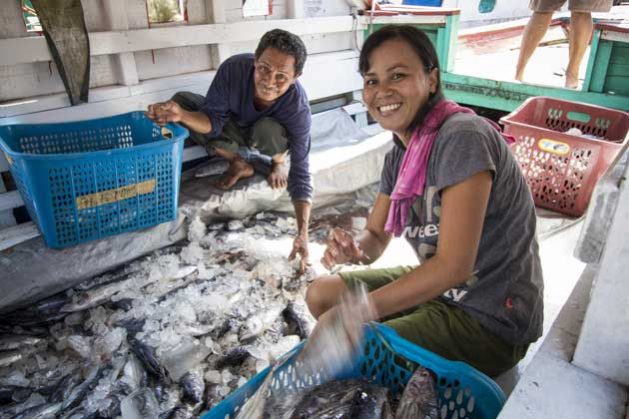 Meity Masipuang is a member of an enterprise group in Papusungan village, Lembeh island, Indonesia. Their women’s group purchases fish to smoke and resell. They are participants of the IFAD-funded Coastal Community Development project in Indonesia. Credit: IFAD/Roger Arnold

ROME, Jan 16 2019 (IPS) - According to UN statistics, approximately 40 per cent of the world’s population lives within 100 kilometers of the coast, and overall the world’s coastal population is increasing faster than the total global population. At the same time, global warming is causing sea levels to rise and increasing extreme weather incidents on coastlines.

A large portion of the world’s poor people live in Asia and the Pacific: 347 million people in the region live on less than US$1.90 a day, almost half of the 736 million people living in extreme poverty worldwide. Rising sea level exposes large areas of Asia and the Pacific to potential floods, coastline damage and increased salinity of agricultural lands. Climate change and environmental degradation (including in small island developing states, or SIDS) is harming the poor rural population’s ability to produce food and income, which calls for urgent action to help people safeguard their assets and fragile resources, while also diversifying their income base.

The International Fund for Agricultural Development (IFAD) works with people in vulnerable coastal communities across the world to build resilience and institute sustainable agricultural practices so that vulnerable people can make a living while also preserving the environment and the resources that are the foundation of their way of life. 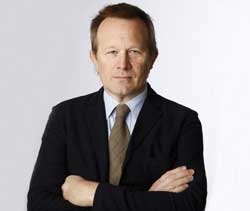 Some livelihood practices are not sustainable and can exacerbate climatic vulnerability. For example, unsustainable fishing destroys corals and depletes fish stocks, and the cutting down of mangroves for firewood results in coastal land that cannot resist flooding, cyclones and coastal erosion. Since 66 per cent of the fish that is eaten worldwide is caught by small-scale fishers, it is in everybody’s best interest to help them to improve their ability to make a living while protecting the environment.

In over 180 villages in Indonesia, the IFAD-supported Coastal Community Development Project introduced aquaculture and supported initiatives to make fishing and processing techniques more efficient and sustainable. By providing rudimentary refrigeration techniques such as ice coolers, and by forming and training women’s groups to process some of the fish into fish paste and dried fish snacks, fishermen were able to fish less because they did not have to factor in the amount of fish wasted by lack of refrigeration or low market demand. These measures also had a substantial impact on food security and actually reduced acute child malnutrition in the areas by half. And through community-based coastal resource management groups, marine resources have been maintained or improved.

In the Asia and the Pacific region overall, vulnerable communities are a prominent focus of our investment portfolio. Just under one third of our current $2.7 billion portfolio in the region is invested in improving the lives of 15,360,000 poor rural people living within five kilometers of the coastline.

One thing we’ve learned is that there is no such thing as a one-size fits all approach in working with vulnerable coastal communities. Context matters. Bangladesh suffers from overcrowding on its limited land, while the Pacific Islands suffer from not only extreme weather but a remote and dwindling population. In Tonga the rural population is declining due to migration and a lack of incentives for youth to remain. It is also classified as the second most at-risk country in the world in terms of its exposure and susceptibility to natural hazards and the effects of climate change. Development approaches need to be different.

Up to 80 million people live in flood-prone or drought-prone areas in Bangladesh, and thousands of vulnerable families eke out a living on river islands known as chars. The Char Development and Settlement Project has developed roads that remain intact even after they have been repeatedly submerged in water. It has also helped communities (especially women) to develop small businesses that can withstand floods, such as raising ducks. But, one of the most important aspects of the project’s work is land titling—which is particularly important for women. With land as collateral, women can access credit and acquire labour-saving machinery, including small irrigation pumps and rice threshers, and build small storage sheds to protect harvested rice from rain and floods.

In Tonga, we are helping communities to develop high-value crops that can be exported in order to boost the rural export market. The project is also planting tree species that can protect the coastline from tornados and cyclones. The project is working with communities to identify where improved infrastructure is needed (such as weather-resistant roads and waterfronts), and get them directly involved in investing in and supervising construction and maintenance.

After 40 years of working with poor rural people around the world, IFAD has learned that no one can hope to face these challenges alone. In a rapidly changing world we need to work together to channel support where it is most needed. Rural transformation can increase production and incomes, reduce hunger, and at the same time protect natural resources. With the right support, vulnerable coastal communities can play a part in securing a sustainable future.