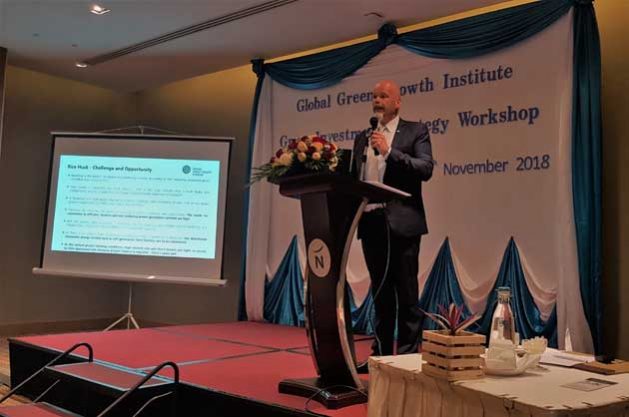 Ayeyarwady Delta, Myanmar, Jan 4 2019 - In November 2018, a team of GGGI investment and bio-economy specialists have been travelling around the Ayeyarwady Delta and meeting members from national and regional government, NGOs, farming associations, businesses and communities to scope potential bio-economy commodities and investments that will enable socially inclusive green growth, and support national goals of climate change mitigation and adaptation in coastal areas.

In a series of workshops and site visits, GGGI facilitated discussions on the range of current value chain activities in the region to assess what key stakeholders see as the barriers to developing or scaling up these activities. One such value chain that was consistently identified was the bi-products of rice grain processing. 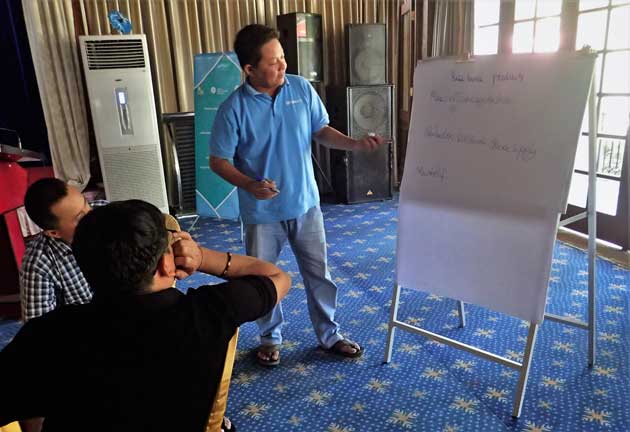 According to the Food and Agriculture Organization of the United Nations, Myanmar produced over 25 million metric tonnes of rice in 2016, of which the Delta region harvests almost half of. There are hundreds of small to medium sized rice mills in the region. Consultation participants described that during the harvesting and milling process, a considerable volume of less valuable bi-products are produced. These include the rice bran, rice straw which is often burnt, and rice husk which is often dumped directly (illegally) in waterways, causing widespread impacts to river and drinking water quality, and navigational safety. 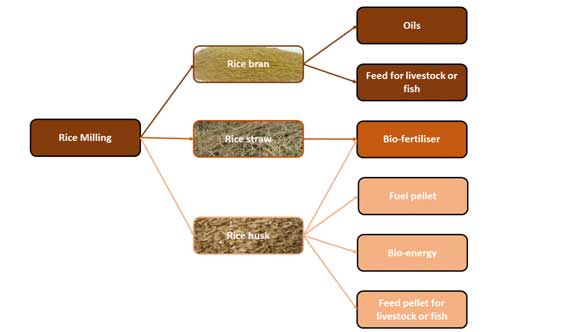 Initial value chain analysis shows these low-value bi-products can be used to make higher value products that can increase the income of rice farmers and millers and provide affordable energy to the wider region. The Delta has a low level of electrification at approximately 10% and suffers from chronic power shortages. This power shortage not only limits business development but also contributes to widespread deforestation of the mangroves for fuel wood. The government’s General Administration Department stated “rice husk to energy should be the first priority. If we can use this waste then everyone will benefit”.

The potential economic, social and environmental benefits of this value chain are timely for the Delta, with high proportions of landless rural households and reportedly the highest rates of mangrove deforestation in Asia. The potential investments in this value chain could significantly contribute to achievement of Myanmar’s Nationally Determined Contribution greenhouse gas mitigation targets and REDD+, climate change adaptation (including the NAPA), the Agricultural Development Strategy, and Myanmar’s Sustainable Development Plan. 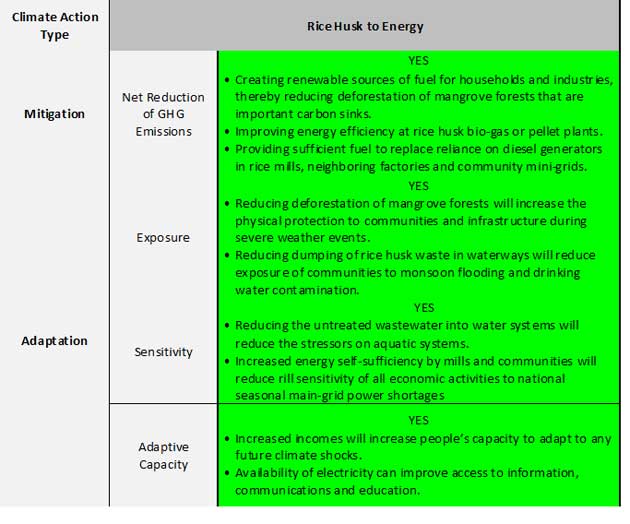 GGGI visited an existing rice husk bio-gasification plant in the Delta and the operators discussed barriers to its development such as high startup costs and lack of affordable finance with up to 13% loan interest being reported. The financing shortfalls also limits access to modern clean technologies that are causing other environmental impacts. 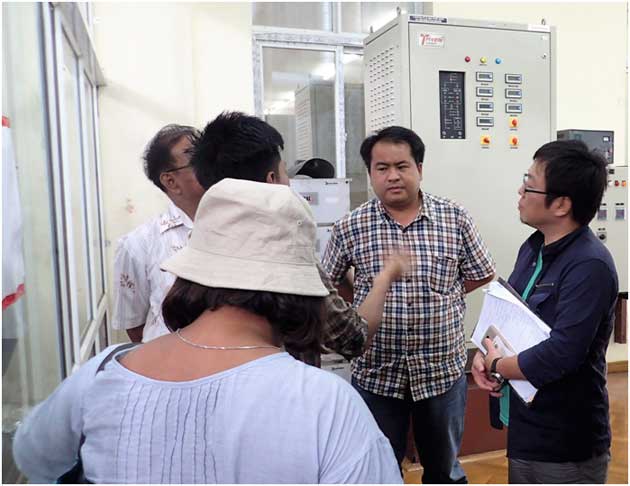 This early analysis will feed into further in-depth value chain assessment by GGGI to design tailored financing solutions and social interventions that are pro-poor and lead to socially inclusive improvements.