Unlocking the Power of Women

Katja Iversen is the President and CEO of Women Deliver* 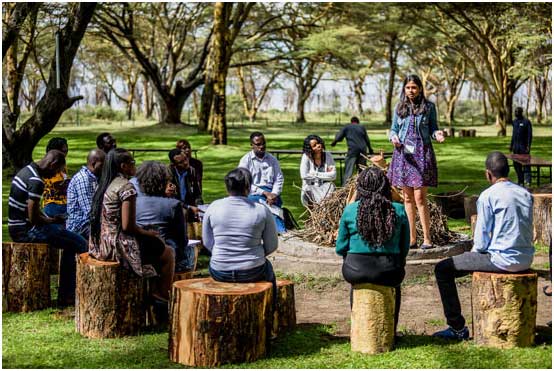 NEW YORK, May 15 2019 (IPS) - This June, thousands will flock to Vancouver for a global dialogue on how to accelerate progress for girls and women under the banner of power, progress and change.

At the Women Deliver 2019 Conference, the largest in the world for gender equality, delegates will come together to unlock power at three levels: individual, structural, and collective. They will plan for action around how to pull these levers to drive gender parity, especially with regard to women’s economic empowerment.

And not a day too soon. Just last December, the World Economic Forum reported that while the global gender gap is slowly narrowing, the economic participation and opportunity gap stands at 58 percent. Put simply, it will take around 202 years for women to reach economic equality.

The costs of inequality are all of ours to bear. The World Bank estimates that nations leave as much as $160 trillion on the table when women don’t fully participate in national economies.

And we also know the opposite to be true. Research shows that women reinvest more of their income in their families, including in their children’s health and education, than men do—creating a ripple effect that benefits present and future generations.

All this raises an urgent question for decision-makers: If equal economic opportunity is a clear economic and social win for all, why wait 202 years to reap its benefits?

Fortunately, we do not have to wait, provided we take action. The economic gender gap is deep rooted and long standing, which means we have had some years to cook up and test out solutions. The results?

We have learned that if we leverage the power of individuals, structures, and movements to push for girls’ and women’s equal economic participation, we get ourselves a step closer to a gender equal world—along with its dividends.

At the individual level, women around the world are resilient economic agents, overcoming gender-based roadblocks to economic security for themselves and their families every day. Policies and investments that increase their agency over career and finances could go a long way to boost women’s economic empowerment.

And what does a woman with individual agency over career and finances look like? First, she must have access to sexual and reproductive health and rights, including modern contraception and safe abortion—because when a girl or woman can decide whether and when to have children, the chance that she will finish school, get and keep a job, and participate in the economy is much greater.

She also has access to free quality education, including at the secondary and tertiary level. And she has a legal right to resources, including but not limited to the right to access, control, own, and inherit land and capital.

At the structural level, we have also seen tangible progress when governments and corporations move beyond lofty statements on gender equality and reflect their commitments in their budgets and policies.

In 2017, Canada launched its Feminist International Assistance Policy, which targets gender equality in the global fight against poverty. Gender budgeting of this sort—or the practice of earmarking money towards policies that are explicitly mindful of their impact on girls and women – is gaining momentum globally.

Corporations have also taken steps to leverage their structural power to lift women up. Global giants like Procter & Gamble, for example, have implementedpay equality across all levels, from junior-level employees to top executives.

Unilever and Nike are showing their strength as in changing the gender narrative through their Unstereotyping and Dream Crazier campaigns. Merck offers flexible work locations, job sharing, compressed workweeks, and back-up childcare.

Companies investing in family-friendly, gender-responsive policies have been rewarded with high returns on their investments, including better worker attendance and increased productivity.

Finally, in an era when women-led and women-focused movements are shaking up the status quo, we have seen the ‘power of the many’ rise to demand work environments and conditions where women can thrive. Movements such as MeToo, #BalancetonPorc, Ni Una Menos, and many others have exposed the magnitude of sexual harassment, misogyny, and gender-based violence in workplaces globally.

Through critical debates, these movements have sparked energy and action to end harassment in the workplace, pay women their fair share, and push for family-friendly policies that allow half the workforce equal rights and opportunity as both workers and earners.

Meanwhile, projects like Girls Who Code, W2E2, and Samasource—and initiatives like International Day of Women and Girls in Science—have surfaced globally to secure a place for women in the future of work. This call to action to nurture female talent in Science, Technology, Education and Math (STEM) is vital, since the fields expecting the most growth are known for low female representation.

For example, girls and women make up only 22% of the AI workforce, lag behind men in digital fluency, and are less likely to study science, technology, engineering, and math. This comes with serious consequences for women’s ability to enter, remain, and advance in the workforce of today and tomorrow.

Every day, women all over the world show that they can build informal and formal businesses out of limited capital and resources. The benefits of investing in their access and control over economic opportunity are immense.

The reforms to help women get there are very much on the table—our job is now to create the momentum to scale them up.

This year’s Women Deliver conference will ask participants to reflect on how they can and will use their power for good. The world will be watching. How will you use yours?