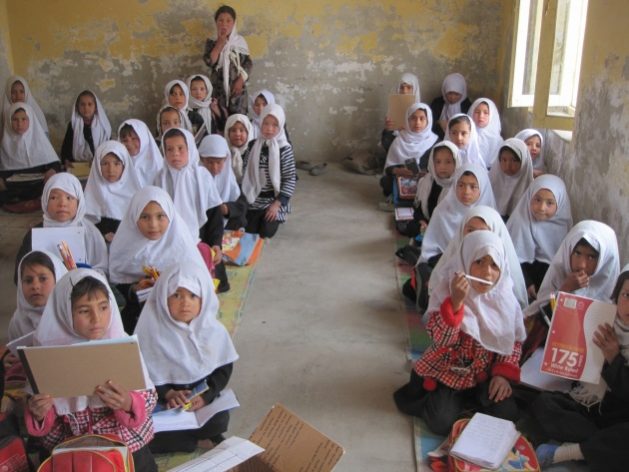 UNITED NATIONS, Jun 6 2019 (IPS) - Attacks on Afghan schools tripled between 2017 and 2018, according to a UNICEF report released last week: from 68 attacks to 192 in 2018. This figure seems unlikely to decrease as the Afghan government prepares to use schools once again for political activity in the upcoming election.

The report comes following the Third International Conference on Safe Schools in Palma de Mallorca, Spain. The international community met to discuss the Safe Schools Declaration which outlines means to protect schools in times of conflict. Attendees have called into question the effectiveness of this Declaration.

“The senseless attacks on schools; the killing, injury and abduction of teachers; and the threats against education are destroying the hopes and dreams of an entire generation of children,” she said in a statement.

On Tuesday Farhan Haq, Deputy Spokesman for the Secretary-General, said in a statement, “due to the conflict in Afghanistan, more than 1,000 schools closed by the end of last year, leaving half a million children out of school.”

This swell in attacks comes as schools are being pulled deeper into the conflict in Afghanistan. They are used more and more frequently in elections. Educational institutions were used as polling booths for Afghani’s to cast their votes in the 2018 presidential election, as well as in 2014.

The majority of schools attacked in 2018 were used in some capacity during the elections.

Anthony Neal, the Norwegian Refugee Council’s (NRC) Advocacy Manager in Afghanistan and attendee at the Third International Conference on Safe Schools, said in a statement to IPS, “out of the 192 attacks on schools that took place last year, 92 of these were election-related,” adding, “using schools in this way places them directly on the front line.”

While schools have been used peacefully for political purposes elsewhere, the unique political situation in Afghanistan places a target on schools used in this capacity. “In many countries around the world schools are used as polling centres – including just recently across Europe for the European Parliamentary elections. In most countries this occurs without increasing the risk of attack on these facilities,” Anthony Neal told IPS, “unfortunately in Afghanistan – where elections are seen as a major divide between the different sides of the conflict – this is not the case.”

Patricia Gossman, Senior Researcher in Afghanistan for Human Rights Watch, echoed this statement when she told IPS “a polling place is going to be a target unfortunately, given the Taliban’s attitude toward the elections.”

Organisations have called for polling booths and voter registration centres to be moved away from schools.

“Many schools across Afghanistan are currently being used by armed forces,” Neal said, “in order to protect education in Afghanistan, those supporting the elections should find alternative polling and voter registration sites.”

Despite this call to find new locations for election activities, the Afghan government seems to have made no progress in finding alternate sites, with reports indicating they are already preparing school buildings for the elections.

“They have made no preparations to use any other facilities,” Gossman said, “it is not beyond the means of those planning to come up with another facility.”

She suggested using tents as polling booths, which have been used successfully in other countries before, and are independent, neutral and cheap.

With the upcoming election scheduled for September, Afghanistan could see a worsening in an already precarious educational situation.

According to the World Bank, Afghanistan has a literacy rate of just 31%, one of the lowest in the world. This is partly due to the near complete prohibition of female education under Islamist Taliban rule from 1996 to 2001.

The UNICEF report released last week underscores this deterioration, estimating 3.7 million school-aged children, close to half of all Afghanis between the ages of 7 and 17, do not attend formal schools.

Attacks on educational institutions in Afghanistan is part of a global issue that the international community has attempted to address.

In a statement to the Third International Conference on Safe Schools Mark Lowcock, the Under-Secretary-General for Humanitarian Affairs and Emergency Relief Coordinator said, “in the last five years, more than 14,000 attacks on education were reported in 34 countries.”

He claimed poor adherence to the Safe Schools Declaration, to which Afghanistan is a signatory, is partly to blame; “when countries sign up for the declaration, they have to implement the obligations under it,” he added, “we are seeing too many examples of forces occupying schools. That has to stop.”

In the specific case of Afghanistan, however, the effectiveness of the Safe Schools Declaration seems questionable.

Speaking on the intensity of the violence in Afghanistan, Gossman noted, “even the best intentions seem to get thrown at the wind once you’re faced with this kind of pace of conflict.”

She added, “there’s all kinds of promises on paper that look very good, but implementation and enforcement are severely lacking.”

While the Safe Schools Declaration may aim to protect education in times of conflict, when faced with a context in which education is being violently targeted it seems powerless to instigate real change.