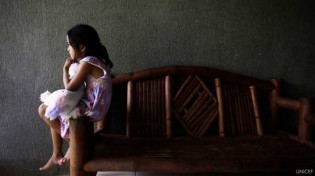 By Charlotte Munns
As the focus of Australian politics shifts away from refugee and asylum-seeker policies, the government avoids accountability for inhumane actions.

By Charlotte Munns
Over 785 people have been diagnosed with HIV in Larkana, Pakistan. 82% of those individuals are children, and only half are receiving the treatment they need.

By Charlotte Munns
The United Nations Relief and Works Agency for Palestine Refugees in the Near East (UNRWA) has been forced to justify its existence at the United Nations ahead of a pledging conference later this month.

By Charlotte Munns
Attacks on Afghan schools tripled between 2017 and 2018, according to a UNICEF report released last week: from 68 attacks to 192 in 2018. This figure seems unlikely to decrease as the Afghan government prepares to use schools once again for political activity in the upcoming election.
ADVERTISEMENT ADVERTISEMENT