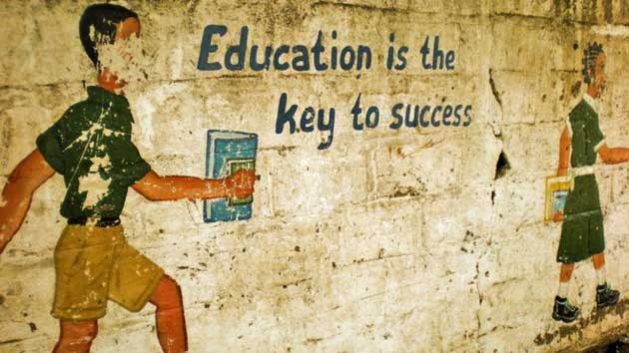 Access to education is key to facilitate the promotion of peaceful and inclusive societies. Photo credit: Getty Images

“If we are to teach real peace in this world, and if we are to carry on real war against war, we shall have to begin with the children.”

Yet current trends tend to be in denial of this reality. At no time has there been greater need than now for sensible strategies aimed at lifting the veil of ignorance that shapes public opinion. Ignorance and fear are leading to violence and social fragmentation. disrupting the harmony of diverse, multi-ethnic societies. The world is currently witnessing the proliferation of xenophobic populism and white supremacists in advanced societies, but also the rise of Islamophobic demagogery. There is also a wave of extremist violence in all parts of the world. The cause of these phenomena may differ but all feed on the rejection of the Other.

Of great concern is, of course, the exposure of frustrated or marginalised youths to terrorist and violent extremist groups. They lack religious or ideological awareness and fall easy prey to media and social media manipulations. The doubts and frustrations that they experience are not being addressed adequately and hit the wall of unresponsive societies. And, as in all social movements, there are individuals or groupings which take advantage of this latent anger for their own vested interests. They harness it with the objective to achieve positions of power through violence or through undermining national unity.

How can one counter extremist narratives through education? Is the latter the ultimate silver-bullet to address prevailing toxic narratives fuelling extremist and violent ideologies?

Indeed, moving towards social harmony starts with a first step: that of educating our youth. In times of community fragmentation, equal access to education can open vital spaces for inclusiveness, reconciliation and dialogue. Education is a particularly effective means for promoting inclusive and equitable societies, as it targets one of the most receptive and unbiased audiences: the youth. Mrs. Irina Bokova, the former Director-General of UNESCO, noted in this sense that “the risks and opportunities we face call for a paradigm shift that can only be embedded in our societies through education and learning.”

There are numerous paths for addressing this social ill that spreads in both advanced and developing countries. In countries affected by the surge of populism and extremist violence, special efforts should be made to improve the education system. Through education, youth and other vulnerable social segments of societies can be empowered to move beyond biases and preconceptions that they may have inherited. This will help to promote the immunity of youths against the rise of extremist forces that we see at present times. It will help the traumatized among them to come to terms with the horrors witnessed from foreign invasions or extremist violence. In rich and advanced societies, it will aim at rolling-back the devastating impact of hate speech. At the same time, we must recognize that the rise of populism responds in part to the inertia of established political parties that for much too long have failed to address social issues.

Communities should likewise celebrate both the commonality of values and the specificities of practices of diverse faiths as expressions of enrichment through pluralism. It is necessary therefore to explore models of education rooted in religious teachings and in inclusive secularity. Through their thoughtful intertwining, one can contribute to the emergence of a society that embraces religious plurality and harnesses unity in diversity. Archbishop and former Nobel Peace Prize winner Desmond Tutu once said: “My humanity is bound up in yours, for we can only be human together. We are different precisely in order to realize our need of one another.”

Moreover we should call on religious authorities and lay leaders of different faiths and cultures who bear the responsibility to correct the unscrupulous misrepresentations of values and beliefs. They must unite and harness the collective power of religions and creeds for peace-building. Religious leaders can play an important role in providing counselling to address radicalist thoughts and to promote the values of tolerance, coexistence and dialogue. They must refute the stereotyping of caricatural differences between religions and cultures that breed hatred.

For a variety of historical and modern-day political reasons, emphasis has been put on the differences existing between faiths and value systems. It remains the duty of religious leaders to show that, in themselves, religions are not problematic. What is problematic is their distortion to serve political purposes and vested interests. The synergies of providing access to education built on common universal values makes a strong contribution towards the realization of social stability and peace. In the joint declaration on Human Fraternity for World Peace and Living Together signed on 4 February 2019 in Abu Dhabi by HH Pope Francis and the Grand Imam of Al Azhar His Eminence Ahmed el-Tayeb, we are reminded of the “importance of awakening religious awareness and the need to revive this awareness in the hearts of new generations through sound education and an adherence to moral values and upright religious teachings.”

Indeed, the great religions of the world bear a unique fundamental message of peace, tolerance and compassion. Only through dialogue between populations and regions of all cultures and religious faiths can the bridges of understanding and tolerance be built.