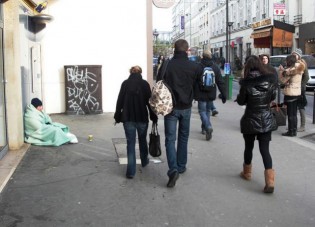 By Blerim Mustafa
Increasing economic inequality is a defining challenge of our time. In recent years, it has triggered analysis and reflection by many scholars, politicians and others on its causes and consequences on economic growth and efficiency, politics and democracy, human rights, individual behaviors, access to health, social cohesion and environmental degradation. The perception that the top 1% of income earners are gaining at the expense of the other 99% has resulted in widespread public debates in many countries on the social and political repercussions of inequality.

By Blerim Mustafa
The proliferation of political crises and armed conflicts in every corner of the world does not exclude religious groups, which unfortunately also contribute to animosities, intolerance and hatred. The Middle East has been on the hit-list of violet extremist groups for decades. One telling example is Syria where clashes have on occasion taken religious or denominational overtones, fracturing Syrian society for decades to come. They have given rise to sectarian divisions along ethnic and religious lines in a country where inter-religious harmony once prevailed. We observe a similar situation in Iraq. In Myanmar, government security forces unleased a brutal campaign of ethnic cleansing and hatred against the Muslim Rohingya population. The military crackdown on the Rohingya community has significantly aggravated inter-communal violence in the country. And in the Central African Republic, armed militant groups sloganizing misrepresentations of Islam and Christianity, commit abuses and human rights violations on each other on a daily basis.

By Blerim Mustafa
“I don’t want to see a single war millionaire created in the United States as a result of this world disaster.” 1 These were the words of US President Franklin D. Roosevelt on 22 May 1940 when he learned of individuals profiting because of the booming arms trade industry during the Second World War. Seven decades down the line, President Roosevelt’s warning against the rise of the military-industrial complex and war profiteers is more relevant than ever and a telling testimony that for many in safe places war means profit. But, should the pursuit of economic profit be allowed to supplant ethical considerations, especially when weapons often end up in the hands of terrorists, human rights violators and criminal governments?

By Blerim Mustafa
The migrant and refugee crisis has become a serious test for the unity of Europe as a political project. The inflow of destitute migrants and refugees has tested Europe’s political unity to an unprecedented extent. With a long-term solution to the migrant and refugee crisis nowhere in sight, the adverse impact of the current situation has the potential to unfold further and to give rise to a broader crisis with long-term implications, affecting Europe and the MENA region alike.

By Blerim Mustafa
When Donald Trump was elected as the 45th President of the United States on 8 November 2016, the electoral triumph defied poll estimates and came as a surprise to observers and pundits. President Trump’s “America First” agenda succeeded in winning the hearts and minds of many Americans and the allocation of votes pursuant to the electoral college gave Trump the edge, although he received nearly three million votes less than Hillary Clinton. With Trump at the helm, how would Washington’s new political direction affect international peace and stability?
ADVERTISEMENT ADVERTISEMENT