Will Sanctions Undermine 1947 US Treaty with UN? 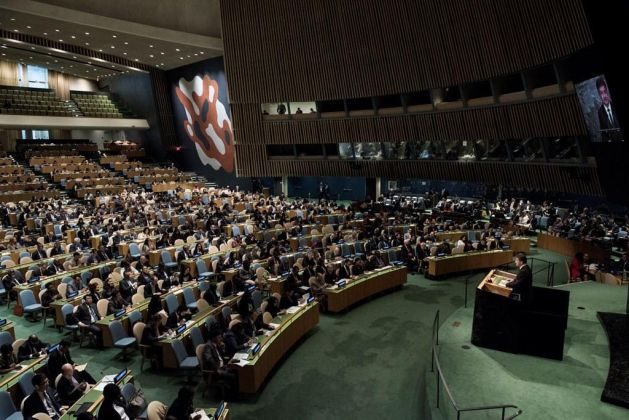 The UN General Assembly in session.

UNITED NATIONS, Aug 14 2019 (IPS) - When Yassir Arafat was denied a US visa to visit New York to address the United Nations back in 1988, the General Assembly defied the United States by temporarily moving the UN’s highest policy making body to Geneva– perhaps for the first time in UN history– providing a less-hostile political environment for the leader of the Palestine Liberation Organisation (PLO).

If Zarif is denied a visa, as expected, it will be a violation of the 1947 UN-US headquarters agreement under which Washington was expected to facilitate -- not hinder-- the smooth functioning of the world body

The Trump administration, which has had an ongoing battle with Iran, has imposed a rash of political and economic sanctions on Iranian Foreign Minister Javid Zarif — even as Washington, paradoxically, proclaims that the Iranian problem can be resolved only diplomatically while, at the same time, it keeps the negotiator-in-chief away from the US.

The sanctions on Zarif will also prevent him from being a member of the Iranian delegation – and also from addressing the six high-level summit meetings scheduled for late September.

If Zarif is denied a visa, as expected, it will be a violation of the 1947 UN-US headquarters agreement under which Washington was expected to facilitate — not hinder– the smooth functioning of the world body.

While the PLO was not a full-fledged UN member state, Iran is a founding member of the world body.

The Trump administration has already reneged or abandoned several international agreements, including the 2015 Paris Climate Change agreement, the 2015 Iranian nuclear deal, and most recently the landmark 1987 Intermediate-Range Nuclear Forces (INF) treaty with Russia which helped seal the end of the Cold War.

Will the US-UN headquarters agreement be far behind? 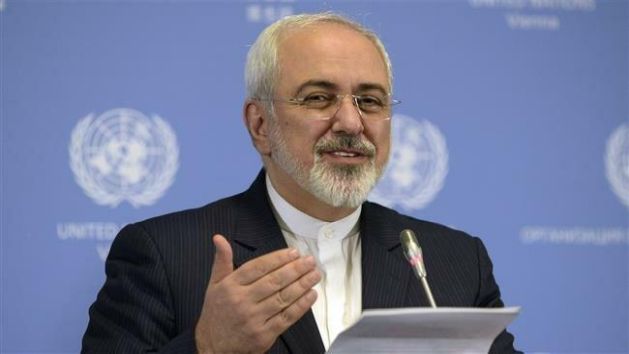 James Paul, who served as Executive Director of the Global Policy Forum (1993-2012), told IPS the Trump administration’s sanctions on Zarif at the end of July have dealt yet another blow to diplomacy and the settlement of dangerous disputes.

Zarif, he pointed out, is not only a highly-respected diplomat.  He is perhaps the person most able to help resolve the spiraling conflict between Iran and the United States.

“One important aspect of Washington’s move against Zarif has escaped notice: the impact on the United Nations,” he added.

There is a strong possibility that the US will violate its responsibilities as UN host country since the travel sanctions will block Zarif from attending UN functions, including the UN General Assembly opening session in late September (as well as subsequent sessions later on), he noted.

“Such a move would be in breach of the US-UN Headquarters Agreement of 1947,” said Paul, author of the book “Of Foxes and Chickens: Oligarchy and Global Power in the UN Security Council”.

Traditionally, he said, the opening session brings high-level speakers from around the world.  It is important not only as a moment for high-profile speeches, but also as a time for private discussions and negotiations, far from the public eye.

Asked for his response, UN spokesperson Stephane Dujarric told reporters August 6: “Obviously, we’ll have to wait and see what happens at the General Assembly”.

“I can’t predict, but the US has obligations under the Host Country Agreement, as have other countries that host UN Headquarters or host UN conferences.  And, as a matter of principle, we hope that every country that is under such obligations lives up to those obligations, but we’ll have to wait and see what happens,” said Dujarric.

Dr Ramesh Thakur, a former UN Under-Secretary-General and Emeritus Professor, Crawford School of Public Policy at the Australian National University in Canberra, told IPS there are three deep problems on the American side.

First, they unilaterally pulled out of a multilaterally-negotiated nuclear deal with Iran (the Joint Comprehensive Plan of Action or JCPOA) unanimously endorsed by the UN Security Council (UNSC).

The UNSC further called on all states to help implement the deal, to lift sanctions, and to assist Iran’s economic development. Therefore, by re-imposing unilateral sanctions, it is the US that is in material breach of the agreement and in violation of UNSC demands.

Second, the sanctions on Zarif contravene their stated position of a solution through diplomacy. You cannot engage in any diplomacy by placing a country’s foreign minister under sanctions, he argued.

The third is the General Assembly attendance implication.

“On this, yes, the UN spokesman is correct: it would violate the 1947 HQ agreement. But in the hierarchy of seriousness, violating the JCPOA is actually more serious and shows the complete toothlessness of the UN and UNSC to hold to account any of the P5 (the 5 permanent members of the Security Council, namely the US, UK, France Russia and China), said Dr Thakur a former Vice Rector and Senior Vice Rector of the United Nations University (1998–2007).

He said a similar example of this was when Bolton and Pompeo threatened to put the International Criminal Court (ICC) and all its personnel under sanctions, including the threat of criminal prosecution in US courts if they visited the US.

“As we know from the Meng Wanzhou case in Canada, the US can insist other countries honour US arrest warrants against third country nationals. And the UN meekly accepted the brazen US thuggery and the ICC judges dropped the investigation. https://www.japantimes.co.jp/opinion/2019/05/17/commentary/world-commentary/end-international-criminal-court/

Paul said the Trump administration is keen to put further pressure on Iran and to further collapse the much-discussed nuclear deal, signed after years of delicate negotiations in 2018.

Apart from Israel and the UK, he pointed out, there is little enthusiasm internationally for closing the diplomatic doors to this important agreement.

“Governments world-wide also strongly oppose the Trump administration’s strong-arm tactics and the US disregard for an open UN, where all member states are able to speak,” he said.

“This would not be the only time that the US has refused entry to high-level foreign officials, but the push-back may now be especially strong.  In light of the support for the nuclear deal in Europe, Washington could anticipate intense opposition to US high-handedness”.

Zarif lived in the US as a university student and he is famously adept as a spokesman for Iran with his perfect command of English and courteous manner, said Paul.

This infuriates the White House and convinces the hawks there that he is a “threat.”

Meanwhile, Secretary of State Pompeo has accused Zarif of being “complicit in the regime’s outlaw behavior,” while National Security Adviser Bolton has hurled insults of his own at the soft-spoken Iranian diplomat.

“Will the hawks neutralize Zarif by banning him from the UN, or will the White House feel obliged to let Zarif represent his country at the UN, at least for the present?,’” asked Paul.

At a time when a US war with Iran remains an active possibility, and when secret negotiations at the UN over Iran could ease tensions, the headquarters treaty could have a very big impact on international peace and security, he declared.

Just before the sanctions were imposed, Zarif was in New York in mid-July to address the high-level political forum (HLPF) on Sustainable Development Goals (SDGs).  But his travel in the US was strictly limited by the State Department.

The United States has rarely denied a visa to a head of state visiting the United Nations to address the General Assembly.

But it did so in November 2013, denying a visa to the Sudanese president, prompting the government to register a strong protest before the U.N.’s legal committee.

Hassan Ali, a senior Sudanese diplomat, told delegates: “The democratically-elected president of Sudan, Omar Hassan Al-Bashir, had been deprived of the opportunity to participate in the General Assembly because the host country, the United States, had denied him a visa, in violation of the U.N.-U.S. Headquarters Agreement.”

The refusal of a visa to the former Sudanese president was also a political landmine because al-Bashir remained indicted for war crimes by the International Criminal Court (ICC).

But it raised a legitimate question: does the United States have a right to implicitly act on an ICC ruling when Washington is not a party to the Rome Statute that created the ICC?