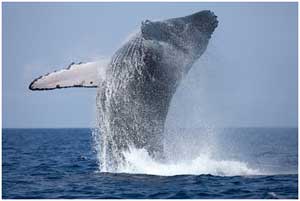 COLOMBO, Sri Lanka, Sep 16 2019 (IPS) - Sri Lanka is endowed with an impressive and large concentration of whales off its shores and it is believed they are not a population that migrates seasonally. 26 species have been spotted in Sri Lankan waters, including the massive blue whales.

Large numbers, with their young, frolic off Galle and Mirissa along the southern coast, off Kalpitiya along the North Western coast and off Sri Lanka’s magnificent deep water natural habour, Trincomalee. One could almost guarantee multiple sightings of these whales, off Sri Lanka.

The Sri Lankan whale population may feed and produce offspring in the same area unlike all other baleen whale populations of the world. Strong upwelling ocean currents off the narrow continental shelf, the furious south west monsoon, and dozens of tropical rivers pouring nutriment rich fresh water in to the ocean, may produce adequate food for small fish to flourish for the whale population to sustain itself.

Today, the greatest threat to whales off Sri Lanka’s coast may arise from ship strikes. Ships traversing the busy east-west shipping lane just about 20 km to the south of Sri Lanka and those entering the new Hambanthota harbour which is a massive economic asset to the country are likely posing a threat to the giants of the deep.

Although whale numbers around the world appear to be recovering from the carnage that the European and American whalers and sealers inflicted on them, serious concerns remain. Mercilessly hunted for their blubber and other products, the population of these giants of the oceans declined precipitately for almost two centuries and extinction threatened.

Whales also beach themselves and die for reasons still not fully understood. And today, with the oceans crowded with large ships, ship strikes take their toll on these giants of the deep.

The biggest animal on earth, the blue whale, balaenoptera musculus, was a valuable commodity and a slow moving and easy target. The blubber of whales was a prized item then.

A single blue whale could provide about 50 tons of blubber that was used to produce cosmetics, soap, cooking oil and oil for lamps and wax for candles while the skin was converted to fine leather for corsets and umbrellas.

The blue whale population is estimated to have declined from 350,000 to roughly 7,000-15,000 before whale hunting was banned in 1986 by the International Whaling Commission established under the International Convention for the Regulation of Whaling, 1946.

The humpback population was reduced by 98 percent during the same period. Australia banned whaling in 1978. 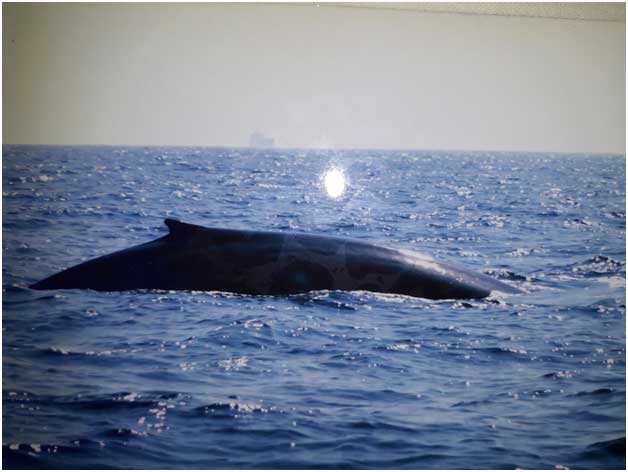 Sri Lanka, especially before independence, became an indirect accessory to the slaughter of whales as whaling ships called at Sri Lankan ports for water and supplies. An American consulate was established in Galle, Sri Lanka in 1857 mainly to serve the interests of U.S. whalers.

The belated awakening of the conscience and of the need to conserve nature for our own benefit forced the industrialised nations to put in place measures to protect these species. Like in many other instances, it was an afterthought and perhaps too late.

Once the damage had been done and the conscience pricked, as has happened time and time again in the all-conquering West, whaling nations met and concluded the International Whaling Convention 1946. Today whaling is banned except for scientific purposes.

Japan, Iceland and Norway continue to hunt whales under this exception despite the noisy protests of environmental NGOs, such as Greenpeace, Campaign Whale, Whale and Dolphin Conservation and Sea Shepherd.

Whales have not been known to harm humans, especially the mammoth blue whales. This is quite remarkable considering the immense size of these animals as well as the fairly recent history of humans engaging in a massive slaughter of this species wiping roughly 98%-99% of them off the face of the earth.

Still after what we humans have done to them, what remains today are “Remnant Island” sub-populations of blue whales scattered here and there across the globe, with each group mostly or totally separate genetically from all the others. 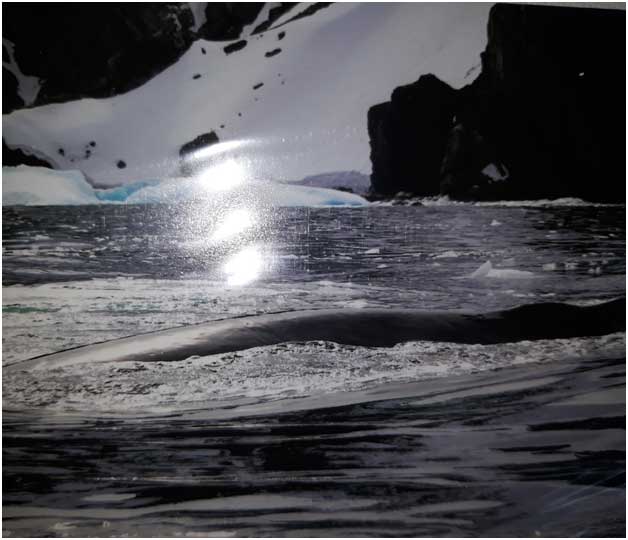 The majority of pre-whaling blue whales lived in the Southern Ocean, with the extremely productive Antarctic waters and waters off sub Antarctic islands being the primary feeding grounds for most of them.

It is believed that whales live for 70-90 years, give birth to 22-25 foot calves weighing 3 – 5 tons each about once every 3-5 years, fatten those calves to the tune of 220 pounds each and every day with the world’s richest milk, nurse these calves for about seven months, feed year round, and most importantly enrich the oceanic waters they inhabit by stimulating oceanic primary production (phytoplankton) with their mineral rich large fecal plumes.

Blue whales are very adept at finding and gorging krill by the millions. They make the loudest sounds in the animal kingdom and communicate with one another over distances that defy belief, likely to be 1000 miles or greater!

The brains of whales, about 9 kg in weight, may be more complex than human brains in certain areas. Observing their behaviour and reading about them, one begins to wonder whether they are much more advanced than we think with our imagination crowded with religious and social indoctrination.

The southern right whale’s testes weigh a mind boggling one ton. Sadly, blue whales have not shown signs of major recovery since the era of whaling ended about a half century ago.

The primary reason for this is likely to be their propensity to be struck by transiting ships in their feeding grounds, which in most but not all parts of their range is a seasonal issue. They evolved for millions of years without a predator, being too big and fast for orcas to hunt.

This separates them evolutionarily from almost all the other large whale species. In some of the regions where ship strikes are halting their ability to recover from the era of whaling, geographical constraints (California and Chile) make it almost impossible to move the shipping lanes out of the way for the safety of the whales.

In these regions, if we alter the time of day the majority of ships transit to avoid the night time when sleeping blue whales are most vulnerable, we may be able to greatly minimize the number of ship strikes.

In other regions there are no geographical barriers (Sri Lanka, Australia), and the lanes and transiting ships can in theory be moved a bit further from the coasts out of the feeding grounds of the whales.

In these regions the blue whale ship strike problem may be more easily reduced or even eliminated. We need to study the economic impact of the shifting of the sea lanes carefully before taking any action.

If a shift in the timing of transiting ships or slowing them down is the goal, in order to minimize ship strikes of whales, this then involves the industry and the port, and becomes a safety issue for those whose role it is to ensure that there are no collisions near ports and arrivals and departures occur in a safe manner.

All these aspects need to be examined carefully, keeping in mind both conservation and economic imperatives, before a regulatory mechanism is formulated.

In Sri Lanka, however, there are major constraints to regulating human activity affecting whales. While moving shipping lanes need to be assessed against the urgent need of the island nation to attract ships, especially to its new port of Hambantota which lies barely 20 km from the busy east-west shipping route, the needs of cargo shipping must be kept in focus.

Sri Lanka is dependent on its export and import trade and trans-shipment is becoming a major income earner. Adjusting shipping routes need to be examined cautiously. Similarly, a large fleet of fishing boats, providing employment to thousands, operates from a number of harbours along the coast and, given sufficient incentive, a fisherman will become a guide, albeit a poorly informed one, to tourists.

One sees the cowboy approach of certain fishermen on a regular basis and education and training becomes a high priority. With tourism, becoming a major component of the island’s economy any regulatory measures must of necessity be a compromise between economic demands and conservation.

Whales, blue whales in particular, are an asset for any nation to have in their coastal waters. They are the biggest animal on earth and this alone makes them a major tourist attraction.

The whale watching season in the south of Sri Lanka runs from November to April / May. In the North West, the best time is from July to September. During the rest of the year, the waters become too rough due to the Monsoon.

The best place to spot whales is in Mirissa, a small town on Sri Lanka’s south coast, popular for surfing and known for whale watching and also for observing thousands of dolphins.

At Kalpitiya, several whale species including, blue whales and minke whales can be seen. In the north east, off Trincomalee Bay, more whales can be observed. An official permit is required to get into the water to swim with the whales.

Whale watching in Sri Lanka could be a success story for Eco-tourism, if the government regulatory organs, along with the tourism industry, organize themselves to ensure the safety of whale watchers as well as the whales and to educate tourists of the amazing eco-system that surrounds Sri Lanka