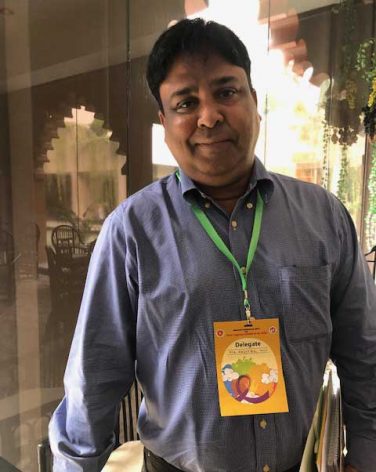 DHAKA, Bangladesh, Dec 11 2019 (IPS) - Despite its efforts to eliminate leprosy as a public health threat, Bangladesh’s leprosy burden ranks fourth-highest in the world. Four thousand new cases are detected annually – an average of 11 to 12 cases per day over the last 10 years.

Leprosy issues have taken centre stage at the National Conference 2019 on Zero Leprosy Initiatives by 2030 in Dhaka Bangladesh. The country’s National Leprosy Programme, in collaboration with the Nippon Foundation and Sasakawa Health Foundation in Japan believes its key that every person with leprosy has access to the right medicines, diagnosed and treated in a timely fashion.

Akthar Ali is the Project Co-ordinator of the Missionary Sisters of Mary Immaculate (with the Pontifical Institute for Foreign Missions (PIME) Sisters) in Khulna in the south of Bangladesh and believes the country can be leprosy-free by 2030.

Crystal Orderson spoke Ali on the sidelines of the National Conference in Dhaka, Bangladesh.