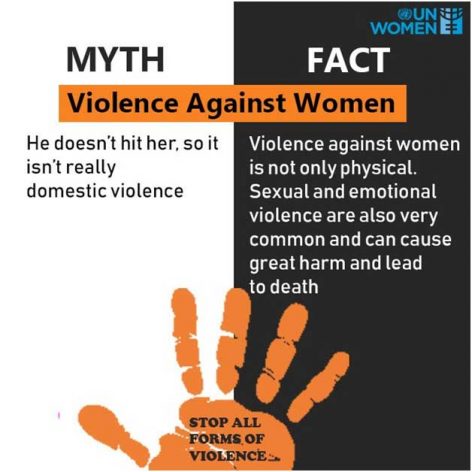 NEW YORK, Jan 24 2020 (IPS) - Every year hundreds of immigrants leave their homes and trail to a land of dream and hope where they aspire to find peace, happiness and sometimes a little bit of safety compared to what they leave behind.

Migrations can be for asylum-seeking, for work, study, visa lottery, investing, etc. Another widely popular way to migrate is by marriage and by family-based immigration. People from developing countries strive to get their children married to someone who is from developed countries such as Australia, Canada, The United Kingdom, The United States and so on, in hope of someday making their way into these countries by forming family ties.

On the flip side, many families with Asian origin prefer to get their children wed to someone from home in hope of keeping with traditions and upholding the cultural traits of the land they left behind. The number of migrants is rising day by day.

The International Migration Report published by the United Nations in 2017 shows that the largest number of international migrants resided in the United States of America: 50 million, equal to 19 percent of the world’s total.

When addressing domestic abuse among the immigrant community, especially for the Asian demographics there remains a lack of understanding about the dynamics of how a relationship is formed, especially through marriage across cultures.

Apart from liking someone and choosing to be a partner many times a girl or boy is chosen and the family holds the ultimate say on whom a person will marry. Personal choices, age, and preferences of the person being married off are sidelined and dictated by whoever the family or guardians decide. This rate is alarmingly high in low-income families.

Of the married/formerly married women who reported physical and/or sexual abuse, 47.8% were married to U.S. citizens or lawful permanent residents. When abusers controlled the immigration status of a victim spouse 72.3% never filed immigration papers on behalf of the immigrant victim spouse

It is also prevalent in affluent families who hold on to their cultural roots and customs. While selecting a spouse various factors come into account as a profession, financial stability, family, education, job, age, etc. Apart from these, surprisingly: location, citizenship status or residency permit plays an even aggressive role.

It is a common practice and a mindset that anyone living abroad, especially belonging to a developed country is an eligible candidate for an arranged marriage by default. For online dating, long-distance relationships and mutually consented marriages these again play a vital role in the selection process. No matter what the person does or what background they come from: their position stays superior compared to a candidate based at home.

A boy or a girl who never traveled or cannot speak a word of English or any other language widely spoken language internationally is often married to a person who was born or raised in a completely different or opposite culture.

Everything will fall into place and through compromise and adjustment the marriage will work are repeatedly spelled out, again and again, to give this practice a validation.

This mindset and cultural practices are handed down from one generation to another and has been proven malicious to many, despite having good intention as a backdrop. This widely accepted practice has given birth to a unique population of dependent and abused spouses and alien humans who live their lives in misery without a voice.

Their voices and free will gets swapped at the very moment they sign to marry a stranger in a strange land in the hope to get hold of the mirage of happiness and prosperity. The spouses of the second generation, and sometimes even of the first generations who migrate to the United States and other developed countries are a unique segment of people who in most cases remain solely dependent on their partner to enter the country and also for their livelihood after migration.

They are trusted and handed over by their family to uphold rituals and to make the family proud, where extreme pressure is set on them to make the new family happy. The expectation is set for establishing bonds and finally to get the rest of the family migrated.

The new family they come into expect them to be perfect wives, mothers, and daughters-in-law, catering to daily needs, cooking, cleaning, many times working and earning and childbearing. According to the 2018 report by the U.N. it has been found that: Violence against women is almost universally underreported to authorities.

Reluctance to come forward is also multifaceted. Research suggests it can be attributed to a “fear of reprisals, economic and psychological dependence, the anticipation that the police will not take the charges seriously and viewing the assault as a private matter.

Their passports, social security cards, certificates or any other important documents are held by the partner or by the families they come into. They are constantly harassed and intimidated by threats of abandonment, emotionally and mentally tortured, their children are threatened to be separated and harmed if they communicate with others, and their entire financial situation is monitored and handled by the abusers.

They are many times isolated and barred from working, humiliated for their lack of communication skills and are treated as slaves or housemaids in their own homes.

It is often assumed that battered immigrant women are subjected to violence by partners who are themselves immigrants and that these men were in no position to facilitate her access to legal immigration status.

It has been found that of the married/formerly married women who reported physical and/or sexual abuse, 47.8% were married to U.S. citizens or lawful permanent residents. When abusers controlled the immigration status of a victim spouse 72.3% never filed immigration papers on behalf of the immigrant victim spouse.

Those who filed immigration papers on behalf of the spouse had an average delay of almost 4 years (Dutton, Orloff, & Hass, 2000). This was a key finding that motivated Congress to include immigration relief in the Violence Against Women Act of 1994 (H.R. Rep. No. 103-395 p. 26).

The data further suggests that when U.S. citizens are married to foreign women the abuse rate is approximately three times higher than the abuse rate in the general population in the United States.

Domestic abuse and violence are the willful intimidation, physical assault, battery, sexual assault, and/or other abusive behavior as part of a systematic pattern of power and control perpetrated by one intimate partner against another.

Sometimes in the early stages of a relationship, it cannot be determined if one person will become abusive and to what extent that might lead to. Domestic violence intensified overtime. Outwardly an abuser seems like a wonderful person, liked by his colleagues and friends but gradually may become aggressive and controlling.

After talking to many domestic abuse survivors in nonprofit organizations like SAKHI for South Asian Women, Safe Horizon and from my personal experience as working with battered Bengali speaking women one factor always comes up is the lag in the detection and identifying abuse.

According to The National Coalition Against Domestic Violence here are some examples provided of abusive tendencies. To anyone reading or knowing anyone who might be affected by domestic abuse, these can work as a means of detection.

It is important to note that domestic violence does not always manifest as physical abuse. Emotional and psychological abuse can often be just as extreme as physical violence.

Most women fail to identify abuse and think of it as an irrational behavior of the partner only. In most cases, women keep their mouth shut and try to cope as much as possible. The name and reputation of the family become important than personal safety and wellbeing.

Opening up about abuse, let alone reporting it or seeking assistance is stigmatized in the community. I have seen women reply with similar answers over and over again when asked about the hesitation for reporting abuses: “What will people say, what will I do without a family, how can I survive on my own and with my children, I cannot let me family fall into shame, I cannot speak English well and have no friends or family to go to, family back at home will be affected if I walk out of the marriage, my husband handles my money and I do not have access to any financial institutions or funds, my important documents are with him, this behavior will change and will get better with time, emotional abuse and financial abuses are not abuse, etc.”