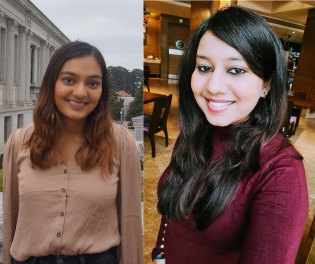 By Fairuz Ahmed
Telemedicine and health-related information have experienced a massive uptake since the COVID-19 pandemic began last year. While online health services are seen as a panacea for many ills, disinformation and fake news reports have tarnished their credibility.

By Fairuz Ahmed
“This is a crisis without a quick fix that could take years to resolve unless there are concerted efforts to address its root causes”, says Manuel Fontaine, UNICEF Director of Emergency Programmes.

By Fairuz Ahmed
“What do you think happens to kerosene when it is poured on your head?” Surya stumbles as she speaks to IPS. “It goes down, it goes trickling down.” When someone speaks to a burn victim, one naturally feels shocked, sad, and sympathetic. But in talking to Surya, who has the major part of her body burned, the feelings were of hope and inspiration. How is it possible to survive this trauma and still have so much love and joy to share?

By Fairuz Ahmed
The World Health Organization (2019) states that every 40 seconds someone dies by suicide. Annually, this represents over 800,000 people, more than the number of people who die in conflict and by homicide put together. Every suicide is a tragedy that has long-lasting effects on the people left behind and most cases stem from prolonged mental health issues and abuses that are not reported.

By Fairuz Ahmed
As the COVID-19 mayhem carries on in most countries, the role of mothers, daughters, and female caregivers have been affected the most. Besides looking after the household and home schooling children, they are also working on the front lines, actively or passively caring for their respective communities.

By Fairuz Ahmed
For a Bangladeshi woman, who has worked as a sex worker since childhood, her future post-COVID-19 looks hopeless. Shilpy, who works at Daulatdia, the largest brothel in the country, told IPS how she now also fears for the future of her two daughters.

By Fairuz Ahmed
“I come from Baglung District, a part of Dhawalagiri Zone in Nepal. My house overlooks the river. Do you know, our district is known for the suspension bridges?”, her eyes glimmer for a fraction of a second and then she breathes a heavy sigh! Her right hand is still wrapped in a scarf, while with the other she pats her 17-month-old. “If I ever get a chance I will take you to my village, we have a lot of medicinal plants.” She pauses while tears roll down as she continues our Facetime session. “I was 16 when I had my first child and I was 17 when my arm was broken by my mother-in-law.”
Next Page »
ADVERTISEMENT ADVERTISEMENT