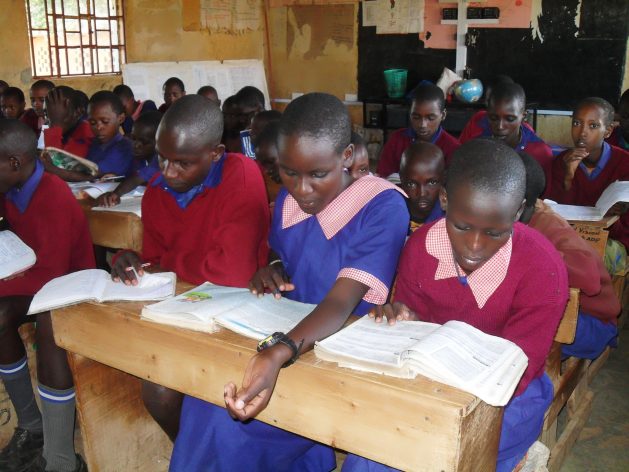 DJIBOUTI CITY, Jan 27 2020 (IPS) - Fihima Mohamed’s mother never attended school and until two years ago she could not read or write. Mohamed’s mother had been born in neighbouring Somalia but was sent to Djibouti as a young girl to live with her aunt. The expectation had been that she would have a better life by escaping the ongoing conflict in her home country at the time.

Instead, Mohamed’s mother became a domestic servant to her aunt — a circumstance that showed her that her own daughter’s future would be just as difficult if she too did not go to school.

Born and raised in the Republic of Djibouti, Mohamed told IPS that most of her childhood was spent in school or studying.

Between the ages of six and 16 years, she was driven by the vivid pictures her mother painted of the life that awaited her if she did not stay in school and perform well — one of domestic abuse. “I was told that as a woman, education would give me freedom,” she said, remembering how her mother was not able to make major household decisions and did not have the freedom to determine what direction her life took.

But her mother did make a decision that determined the course of Mohamed’s life. She opted not to buy the fish her children enjoyed so much for their meals and instead spent the money on private tuition classes for her daughter to supplement her schooling.

“I attended public school during the day, and at night, two hours of private school tuition. My mother sacrificed a lot to raise 25 dollars per month to pay for these night classes,” she said, explaining that she went to those classes not for her own sake but also so that she could help her three younger siblings with their homework.

The sacrifice paid off and Mohamed was placed among the country’s top-five students for her high school final exam. She received a scholarship to study in France for four years.

Fast track to 2020, Mohamed holds a bachelor’s degree in law and political science, and a Master’s degree in refugee studies. She is a social entrepreneur, a gender and environment activist and the founder of the Women Initiative, a local social movement for the empowerment of women and girls.

She said that Djibouti is among a growing list of developing countries were education attainment levels have significantly narrowed between boys and girls. United Nations statistics indicate that the gross primary school enrolment rates for girls have risen to nearly 61 percent.

This emerged during the 3rd International Summit on Balanced and Inclusive Education that is currently being held in Djibouti City, in the Horn of Africa nation of Djibouti.

Organised by the Education Relief Foundation (ERF), over 200 delegates and government representatives from over 35 countries rallied behind an education pathway that leaves no one behind.

Countries struggling with gender parity in education include Togo, Burkina Faso and Burundi.

“We have school canteens to provide school free meals, free medical cover for school-going children and the newly approved year-on-year budgetary increase to the education sector,” he said during the summit.

“Efforts to narrow this gap include a new government commitment to allocate at least 25 percent of its national budget to the education sector,” he said. Fahima Mohamed says Djibouti is among a growing list of developing countries were education attainment levels have significantly narrowed between boys and girls. She called for more investments to ensure that girls participate at the same level as boys. Credit: Joyce Chimbi/IPS

Mohamed told IPS that ongoing consultations on education will bring the global south a step closer towards “building fairer and more inclusive economies by transforming our education systems to ensure that every child has access to quality education”.

She explained that ultimately the idea was to embrace an education system that reflects the reality of children in the global south. This also included improving educational infrastructure and content so that the latter could be more diverse to reflect the multiple-cultural narrative of the global south.

Nonetheless, Sheikh Manssour Bin Mussallam, President of ERF, emphasised that balanced and inclusive education systems are not solely about having more children in classrooms, but the “construction of systems that makes exclusion impossible”.

“Our education systems should guarantee that marginalised groups participate under balanced and equitable conditions. The transformative power of education is only true if education itself is transformed and driven by forces that uphold equality and equity,” he said during the opening day of the summit.

Data by the U.N. Educational, Scientific and Cultural Organisation (UNESCO) shows that existing education systems are far from equitable, prosperous and sustainable.

“In Sri Lanka where girls are consistently outpacing boys in both education access and achievement, our main challenge is lack of financial and technical resources to address the [requirements] of special needs children,” P.C.K. Pirisyala, director of education at the Sri Lanka Education Administrative Service, told IPS.

“Developing countries are grappling with a lack of teachers to provide adequate training and material to provide disability-inclusive education,” she said.

She further said that a lack of resources (both technical and financial) and a lack of schools equipped to accommodate special needs children has made it difficult for these children in the global south to access education and participate with their peers.

“This forum will provide the global south with a roadmap that reflects these realities, and bring us closer to the dream of balanced and inclusive education for all by 2030. This is all in line with the [U.N.] sustainable development goal four on education for all,” she concluded.

The summit runs until Wednesday, Jan. 29.