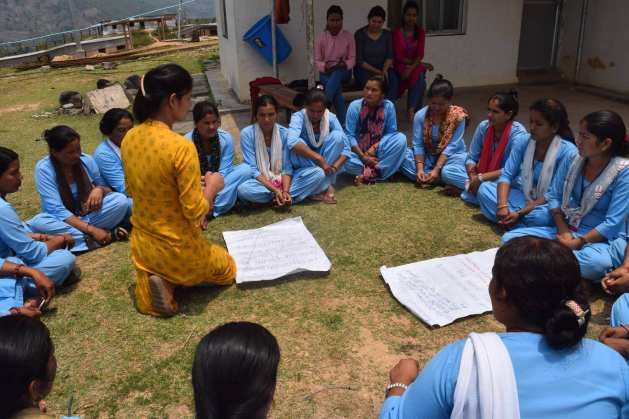 KATHMANDU, Jan 23 2020 (IPS) - It is easy to be cynical about recent reports of actions taken to end chhaupadi, the traditional practice in parts of western Nepal of segregating menstruating women.

Since December, hundreds of the chhau sheds where women live during their periods have been demolished after the Home Ministry ordered district officials to strictly enforce laws that bar the practice. Local officials have warned they will withhold social security payments to anyone found to be involved in the practice of menstrual banishment.

Hundreds of the chhau sheds where women live during their periods have been demolished after the Home Ministry ordered district officials to strictly enforce laws that bar the practice. Local officials have warned they will withhold social security payments to anyone found to be involved in the practice of menstrual banishment

We have heard such threats from officialdom before, and many of the recently dismantled sheds were likely previously broken and rebuilt. But something does feel different now about the campaign to end the practice that has killed more than a dozen women and girls in the past decade, most of them from exposure to cold, a snakebite or suffocation from fires to warm the windowless sheds in winter.

Is this a tipping point? Could be. More positive news comes from Nyaya Health Nepal, the NGO that runs Bayalpata Hospital in Achham. It has 58 community health workers (CHWs), who are the hospital’s link to residents in the facility’s catchment area. Of them, 29 have not practised chhaupadi since working with Bayalpata and, according to the hospital, of the remaining 29, 25 have given up the practice since they started working there.

“We started with baby steps, to understand the issue and help provide a safe platform for CHWs to openly discuss and support each other. Last year we added a few more interventions, including social mapping and reaching more pregnant women,” added Thapa in an email interview.

The mapping found that 66% of the 14,000 women of reproductive age in the hospital’s catchment area practise chhaupadi, compared to 50% of the CHWs before Bayalpata’s intervention. CHWs are required to have at least Grade 10 education, which is far above the district average, so does that higher level of education not explain the hospital’s success in helping CHWs give up sheds?

“Education, understanding of menstruation as a biological phenomenon universal to the general population, is allowing this change (in attitude about chhaupadi) to take place,” says Thapa. “However, there needs to be a trigger for that final decision. For many CHWs, that point was that they wanted to give up the practice themselves before preaching to other women.”

Many activists say that chhaupadi is just the most extreme form of the menstrual segregation that occurs throughout Nepal among women of all socio-economic groups, in rural and urban areas.

In December, Parbati Raut of Achham became the last reported victim of the practice. But for the first time, an arrest was made over the death – of the woman’s brother-in-law Chhatra Raut, for banishing her to the shed. Unofficial reports from Achham say that he is out on bail, punished only with having to report to police twice monthly for three months.

A 2005 Supreme Court decision outlawed chhaupadi, and a 2017 national law made forcing a woman to use a shed punishable by up to 3 months in jail or a fine of Rs3,000. Yet, these changes, along with various local regulations that punish the practice or reward women who reject it, have failed to end it.

In one ward in Achham senior citizens’ allowances were reduced as punishment. It was effective because older family members have the strongest ties to beliefs that underlie chhaupadi, such as that not going to the shed once a month will anger gods and result in sickness, or worse, in a village.

CHWs have leveraged such local initiatives in order to give up the practice, particularly campaigns to destroy huts that are led by women. “It is the fact that these are led by local women that makes them so effective. I think it’s peer influence, pressure, that’s playing its part,” says Thapa.

For other CHWs, the decision was driven by practical considerations — absence of caretakers for their children, in cases where the women do not live with their in-laws and their husbands had to be away for work. Says Thapa: “They ended up sitting at home to ensure care for their children.”