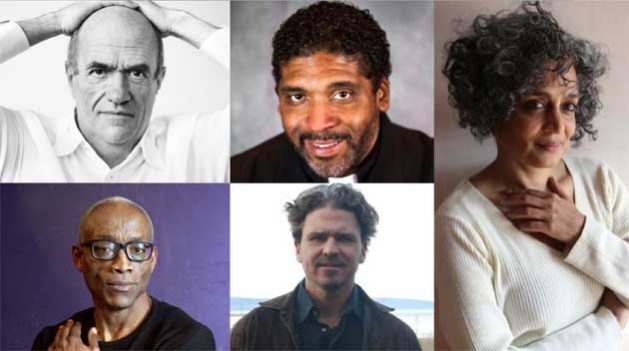 Writers who were supposed to be at the now cancelled PEN World Voices Festival. (Courtesy of PEN America)

Mar 24 2020 - With the spread of the Covid-19 disease, the arts and culture sectors have seen a flood of cancellations and postponements, affecting artists around the world and putting the global 2,000-billion-dollar creative industry at risk.

Concerts, book fairs, film and literary festivals – including the famed Cannes Film Festival – and a range of other events have had to move their dates or cancel outright, while bookshops, museums and cinemas have been forced to close their doors.

The sectors, which employ some 30 million people worldwide, will be among those hit hardest by the pandemic, according to analysts, and individual artists are already fighting to maintain their livelihood.

“Everyone is impacted and suffering,” says American jazz singer Denise King. “As a member of the artist/musician community, I’ve gone from a fairly heavy touring and gig schedule … to nothing. To face this sudden loss of income is devastating. Many artists like myself are scrambling to come up with creative ways to generate income.”

With some 210,000 confirmed cases of Covid-19 worldwide, and 8,778 deaths by March 19 (about three months after the outbreak in Wuhan, China), both wealthy and low-income countries are affected, but vulnerable states are particularly at risk, according to the UN. Along with the health sector, culture and other areas will struggle to recover.

In the Caribbean, several festivals have announced postponements. The popular Calabash literary festival in Treasure Beach, Jamaica, will now take place in September 2020 instead of May, while the national Bocas Lit Fest in Trinidad and Tobago is similarly postponed.

“We watched and waited to make this decision,” stated Calabash co-organizers Justine Henzell and Kwame Dawes, who stressed that there was no other option given the travel restrictions.

Jamaica was among the first in the region to order lockdowns and to restrict travel from several affected countries. The minister of culture, gender, entertainment and sport, Olivia “Babsy” Grange, announced the closure of cultural and sport facilities, including museums, galleries, and stadia run by the government, on March 13, with effect from the following day.

She said the closures were “in keeping with the government’s strategy to prevent the spread of Covid-19 in Jamaica and to minimise the potential health impact on the country”, and she urged those in the cultural, sport and entertainment sectors to “take all necessary precautions and follow the guidance of the health authorities”.

The island had 13 confirmed cases of Covid-19 as of March 19, and the government has been commended by World Health Organization Director-General Tedros Adhanom Ghebreyesus for its response to the pandemic. But officials are aware of the fiscal effects of the crisis.

The Caribbean economy is strongly tied to tourism, including cultural tourism, with the sector representing around 14% of the region’s total GDP, while the arts and culture fields employ thousands of workers. 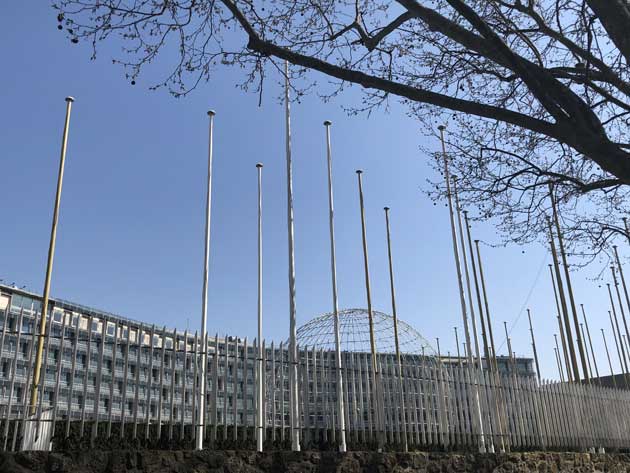 According to the United Nations agency UNESCO (which has had to close its doors in Paris), the cultural and creative industry sectors generate annual revenues of US$2,250 billion and global exports of more than US$250 billion.

These industries currently provide nearly 30 million jobs worldwide and employ more people aged 15 – 29 than any other sector, the agency said in a 2018 report, “Reshaping Cultural Policies”. Nearly half of the people working in the cultural and creative industries are women, the report showed.

For states such as France, which is the most visited country in the world with 90 million tourists annually, the shuttering of the cultural sector is unprecedented in peacetime.

The Paris Book Fair, or Livre Paris, was the first major event to announce its cancellation. Normally attracting about 160,000 visitors each year, the Fair was scheduled for March 20-23 and was set to put Indian literature in the spotlight. But when France banned events with gatherings of 5,000 or more people in early March, there was no choice but to cancel.

“Everyone is going to lose a lot of money. Some of us won’t survive,” an independent Paris-based publisher, who asked not to be named, told SWAN. “Those who do manage to keep going will have to push back their planned publications.”

The owners of some bookshops had hoped to stay open, arguing that people need material to read when in confinement, but they too have had to pull down the shutters, although newsagents can remain in operation.

The Louvre, the world’s most visited museum, first closed its doors for a few days at the beginning of March because staffers invoked their right to walk off the job if they felt at risk. It reopened, but soon it and all museums, galleries and cinemas had to close because of the government’s decree on March 16, putting the population in lockdown.

“We’re at war” against the virus, French President Emmanuel Macron said in a televised address, ordering the confinement. Since March 17, only places offering essential services are allowed to be open, and residents may leave their home for brief periods only after filling in a form, on their honour, called the “attestation de déplacement dérogatoire”.

With confirmed Covid-19 cases above 10,000 in France, the organisers of the prestigious Cannes Film Festival said on March 19 they had decided to postpone the event. The festival had earlier announced that American director Spike Lee would head the competition jury – the first person of African descent to have this role – and he is expected to be present for the new dates.

“The Festival de Cannes cannot be held on the scheduled dates, from May 12 to 23. Several options are considered in order to preserve its running, the main one being a simple postponement, in Cannes, until the end of June-beginning of July 2020,” the festival team stated.

The organisers said they would make their final decision known following ongoing consultation with the French government and Cannes City Hall.

In the United States, where the government has been widely criticised for being slow to respond to the Covid-19 pandemic, cultural events are being cancelled one after the other as well.

PEN, the international association of writers, said it was with “heavy hearts” that it had decided to cancel the 2020 PEN America World Voices Festival scheduled for May 6 – 12.

“We were hoping that this awful public health crisis might ebb by May, and that we could emerge with the exciting events we had curated for audiences in New York and Los Angeles. It’s now plain such plans are neither realistic nor safe for our participants and our audiences,” stated Suzanne Nossel, CEO, PEN America, and Chip Rolley, director of the festival.

“We join the ranks of cultural institutions in New York, Los Angeles, and across the country that will temporarily go dark this spring,” they added. “The World Voices Festival was founded in the wake of 9/11 to provide a beacon for writers and audiences from around the world and to build bridges across borders as an antidote to cultural isolationism. As a new and unexpected isolation is thrust upon us, we regret deeply that we won’t be able to shine that light or foster those vital in-person connections.”

The organisation said it was “seeking new means” to bring directly to audiences the “words, ideas, and artistry” of the writers who’d been invited, including Arundhati Roy and Colm Tóibín. This might be done “through a variety of digital means”, including a new podcast set to launch soon.

The branch of PEN in England, English PEN, meanwhile said it was “with great sadness” that the organization had decided to postpone or cancel all its events “at least until 30 April 2020 following the latest public health advice from the government”. The group announced the creation of an Authors Emergency Fund on March 20, to “help support authors impacted financially by the growing health crisis”.

In the face of the pandemic, not all is doom and gloom in the cultural sector, however. Singers such as John Legend and Chris Martin have been streaming concerts via their social media accounts, as part of the “Sessions: Together, At Home” series – an initiative launched by the Global Citizen Festival and the World Health Organization.

In addition, some publishers are offering significant discounts on their books, while others have made stories, poetry and textbooks available online. From confinement, one can also view many of the world’s art masterpieces via museum web platforms and see films that festivals have decided to stream for free.

King, the jazz vocalist, said she will present a performance on FB live, and she called on the public to assist at-risk artists in whatever way they can.

“We have to hold each other up,” she told SWAN. “Perhaps this virus serves as way to help us focus on what really matters and to reconnect.”

This article is published with permission from Southern World Arts News and editor A. D. McKenzie.