Rita Ann Wallace, a Media Consultant in the UN, and Cynthia S. Reyes, an author and former senior journalist with Canada’s national broadcaster, are two of the 11 co-founders of the “Sussex Great Forest” Global Tree Planting Campaign. 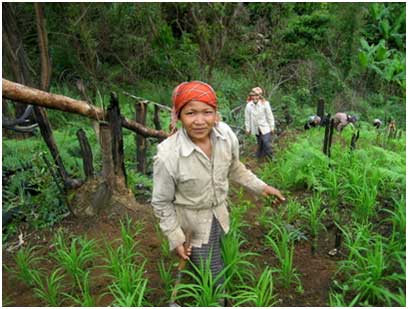 NEW YORK and TORONTO, Mar 23 2020 (IPS) - In January of this year, Britain’s Prince Harry and his wife Meghan, the Duke and Duchess of Sussex, shocked much of the world when they announced they would be stepping down from their roles as senior royals.

Much of the world, that is, except members of their loosely knit online supporter group the “Sussex Squad”, who had been following their doings closely. In the prior two months, one part of the “Squad” had planted over 30,000 out of a targeted 100,000 trees in their honor. And therein lies a tale.

On World Children’s Day, 20 November 2019, a group of 11 women, mostly women of color, and connected only by a wish to counter the tabloid and social media negativity around Harry and Meghan, launched “Sussex Great Forest”, a Twitter- and Instagram-based campaign to plant trees around the world.

The goal was modest: plant 10,000 trees by 6 May 2020, the first birthday of Harry and Meghan’s son Archie Harrison Mountbatten-Windsor. The target was met and surpassed in one week.

The initiative started with a Twitter Direct Message conversation in July 2019 among four women on how to counter the tsunami of online and tabloid vitriol aimed especially at the former Meghan Markle, a bi-racial American.

This negativity was due in part to the racism and xenophobia which have become a well-documented feature of post-Brexit Britain, and in part to the tendency of Britain’s notorious tabloid media to scandalize even the couple’s most mundane doings.

The group of four soon grew to 11 women, from various countries – USA, UK, Canada, Jamaica, Guyana, Ghana, South Africa – unknown to one another except by their twitter handles. They included an author; an anesthesiologist; a restaurateur; an insurance broker; an IT professional; an accountant; a UN retiree; and others.

As women of color, all of us were disturbed by the misogynoir confronting Meghan, and wanted something positive to trend on social media to replace the hateful hashtags. 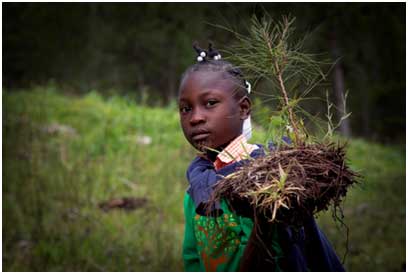 We decided planting trees in the couple’s names was a fit with Prince Harry’s known passion for conservation; Duchess Meghan’s work to empower women; and in keeping with all the latest recommendations on climate action.

An online campaign in support of a couple whom others are determined to drag publicly had to be done in stealth. We brainstormed and communicated only through Twitter direct message chats. We created the @sussexgtforest handle on both Twitter and Instagram, invited known Harry and Meghan supporters to follow, and closed the accounts to all others.

We set a launch date of World Children’s Day, which also coincided with UK National Tree Week. We set up campaigns on tree planting organizations which had good reputations and good scores with Charity Navigator and its equivalents.

Visuals are important for an online campaign, so we encouraged supporters who were going to plant trees themselves to do so early and take photos so we would have content on our pages on launch day.

Students and parents at a primary school in Malawi, with funding from two donors, planted 50 trees and sent us pictures. People in dozens of other countries planted trees in their yards or in pots and sent photos. Those who were donating online to the tree-planting charities also sent screenshots of their receipts.

Ahead of our launch, we pitched our story to one journalist on the royal beat. He was interested, and promised to do a piece on launch day. On the day, we opened up the Twitter and Instagram accounts, and pushed out our content with an ask to join the movement and plant trees for Harry, Meghan, Archie, and the planet.

The response was immediate and overwhelmingly positive. People donated to the charities and spread the word. Our campaign was picked up by traditional media and dozens of stories ran. The campaign got a boost when Harry and Meghan heard about our effort and acknowledged us from their Instagram account.

At the end of only a week, we had exceeded our 10,000-tree goal – five months ahead of schedule.

Jubilant, we set a new goal of 100,000 trees; and to date over 60,000 have already been planted or donated. We have recently added two more tree planting charities – US-based Trees for the Future and National Forests Foundation.

We think there are several lessons to be drawn from this about how individuals and small groups can use social media for good:

6. Your cause must be trustworthy. We collect no money ourselves, and deliberately chose charities that donors could verify for themselves – all funds go directly to them. We also aim for transparency, providing regular updates and responding promptly to questions.

But our love for the Earth, and our wish to show support for Harry and Meghan, continue to propel us forward. We do believe we will be able to meet our target in time for a great birthday present for Archie, as representative of his generation: better hope for the planet.

But whether we get to 100,000 trees or not, we will still have accomplished multiple times our initial goal – without a website or any of the normal tools many people think are necessary for a climate activism campaign.

The power of social media had been used to fan hate against Harry and Meghan. “Sussex Great Forest” recognized social media’s power for good, harnessing its capacity to connect strangers and galvanize them to take positive action on something they feel passionately about.