James A. Paul, a writer and consultant, was Executive Director of Global Policy Forum (1993-2012), an NGO monitoring the work of the United Nations, and author of the book “Of Foxes and Chickens: Oligarchy & Global Power in the UN Security Council.” He was also for many years an editor of the Oxford Companion to Politics of the World. 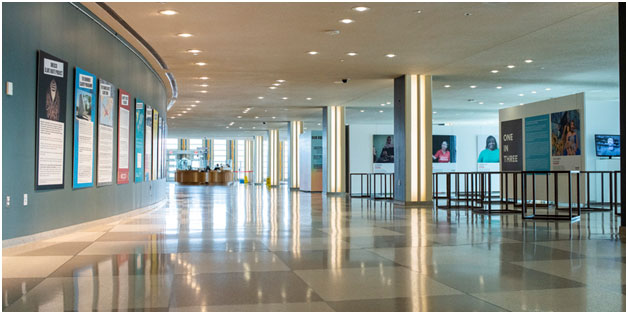 NEW YORK, Apr 15 2020 (IPS) - The coronavirus pandemic has set off an unprecedented institutional crisis at the United Nations – funds are drying up, key meetings are cancelled and the world body is fighting for its future.

The chief management officer of the world body, Catherine Pollard, wrote a dire memo on 1 April, setting out the breadth of the crisis, the depth of the financial shortfall, and the emergency steps to be taken immediately to head off ruin.

This UN emergency comes as no surprise, since the pandemic has brought so many governments and institutions to the brink of collapse.

As of the end of March, the UN faced arrears in its dues for regular operations and peacekeeping of $5.43 billion. Worse still, future payments during the course of the year may not arrive as planned, erasing the UN’s scant reserves.

So, the organization faces what Pollard described in her memo as a “liquidity crisis” – that is, the UN may simply run out of money at some point and be unable to pay for its operations and staff. Will the doors be shut and the UN cease to exist?

Depending as it does on government dues and grants, and by statute unable to borrow money, the UN is in an especially difficult position. Can its squeeze through the crisis and return to normalcy?

This is the question that is preoccupying Secretary General Antonio Guterres and his team. But their prognostications are clouded by the fact that UN budgets have already been cut repeatedly in recent years and a hostile president sits in the White House.

Further, UN activities focus so heavily on meetings, negotiations and other settings in which virus transmission is especially likely. The critically important climate conference, scheduled for November 2020, has already been cancelled. Other cancellations have been announced and more are sure to come.

What cards does Guterres have to play? He must, of course, emphasize the need for common global action, both now and in the future. Narrow nationalism, however in vogue in certain countries, clearly cannot protect the world from corona, climate melt-down, species extinction and other existential crises.

The UN and its system of specialized agencies can and must be at the forefront of any reasonable program for a viable planetary future.Another card in Guterres’ hand is the extraordinarily small cost of the UN in comparative terms.

The UN’s regular and peacekeeping budgets are together less than $10 billion. The regular budget of $3 billion, covering all the UN’s global activities except peacekeeping, is about a thirtieth of the budget of the city of New York!

Any needed assistance for the UN would be very small indeed in comparison to the massive bailouts, some well over a trillion dollars, being announced by major governments, the European Union, and the IMF.

A rescue package for the UN is easy to imagine in that context, but would there be the necessary political support? That would depend on leadership from supportive governments, media and, of course, civil society groups, at a time when many other concerns beckon.

It will not be easy, but neither was the rescue of the UN from its financial crisis in the 1990s.

The hardest part of a bid for special consideration will be to envision the UN in an inventive way in the new world that will emerge post-corona. What can the UN bring to that future world that will be unique and indispensable?
How might it offer a way forward that would win the backing of a broad coalition of thinkers and organizers and ordinary people? Bold moves will be called for, not mere survivalist strategies.

Obviously, much depends on how long the shutdowns last and how different the post-corona world proves to be. If the virus is in substantial retreat by the summer and economies open up “normally” again, the flow of funds to the UN might resume relatively swiftly.

Then a shaky status quo for the UN would be most likely. But if governments open their economies prematurely and those moves are followed by renewed outbreaks and then a broad political crisis, all bets will be off.

That would be the time of greatest danger for the UN but also its greatest opportunity. We can hope that the virus would eventually succumb to human ingenuity and that in its wake a new era of solidarity and internationalism, nurtured by a stronger UN, would eventually prevail.