Families, communities and policymakers must now work in tandem to eliminate this life-scarring menace 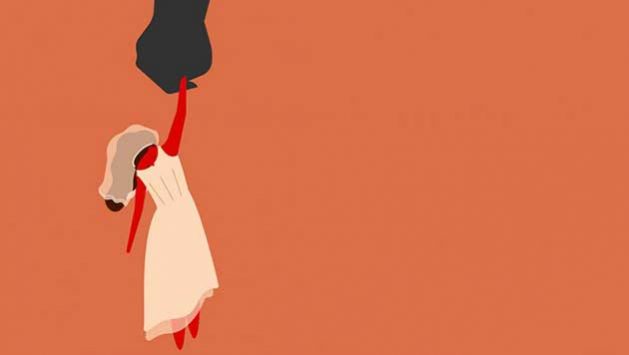 Jun 11 2020 - With Covid-19 bringing economic activities across nations to a halt, more and more people are being pushed into poverty. Job losses, business losses and farming losses, leading to economic stress, are pushing many to the fringes of poverty. And as families are being rendered helpless, the worst sufferers are invariably the children.

“46 percent children suffer from multidimensional poverty,” suggests a report shared recently by Bangladesh Sangbad Sangstha (BSS). And in the face of the growing economic hardships of the people, triggered by Covid-19, the number is likely to shoot up in the coming months.

From increased threats of modern slavery—domestic servitude, sex trafficking, and forced labour, such as begging—and reduced access to nutrition, basic healthcare facilities and education, to increased risk of emotional abuse and mental trauma, children today, especially the ones born into poverty, are at greater risk of exploitation.

According to Unicef, “The economic fallout of the Covid-19 pandemic could push up to 86 million more children into household poverty by the end of 2020.”

Save the Children and Unicef suggest that, “Immediate loss of income means families are less able to afford the basics, including food and water, less likely to access health care or education, and more at risk of child marriage, violence, exploitation and abuse. When fiscal contraction occurs, the reach and quality of the services families depend on can also be diminished.”

And with more and more people becoming jobless, chances of families abandoning their children, or using them to earn money is increasing by the day. According to a United Nations Office on Drugs and Crime (UNODC) report, “due to the pandemic, more children are being forced onto the streets to search for food and money, thus increasing their risk of exploitation.”

And more concerning are the lurking threats of the different ways in which children, in the wake of Covid-19 are being forced into sexual exploitation. For one, families in this part of the world, unable to feed “extra mouths”, often marry off their girls at an early age. Sometimes even in exchange for money. These little girls are subjected to marital rape by their husbands, and more often than not, suffer severe reproductive health damages due to the burden of early motherhood.

And if the girls are not so lucky, they are sold to traffickers by their husbands for money. Sometimes, in fact, predators marry young girls to be able to sell them for good money into sex slavery. While writing a detailed piece on this issue last year, I found that at times of desperation, the families themselves sell girls into prostitution. There have been cases where young sex workers had claimed that they had been sold to dalals by their own mothers.

Young boys face a different kind of fate. They are sent away to work in the informal sector to earn money for their families. And some of these young boys are preyed upon by predators for trafficking as slaves and sometimes into male prostitution.

According to a 2014 report by The Scelles Foundation, 42 million worldwide were involved in sex slavery. Of them, about eight million were men—it is not just women who are at the risk of being trafficked into sexual slavery. Male prostitution remains a less discussed issue, which is why when referring to sex slavery, the dialogues mostly centre around girls. But young boys do get raped and the possibility of them being forced into prostitution cannot be ignored.

And the children who have been sent out of the house to earn their living as beggars live with the constant threat of being exploited by their ring leaders. These girls and boys are not only taken advantage of by their employers but are also at times abused by the people giving them alms. I was once horrified when I saw a driver holding on to a semi-clothed girl’s hand while giving her alms. The girl—not knowing that it is not right for someone to touch her without her permission—was just happy that she got a note! Next time on the road, take a careful look, and the abuse of these children will become apparent.

But with Covid-19, you would think the demand for prostitution would have taken a hit, but you’d be wrong. The risk remains: according to Mama Fatima Singhateh, Special Rapporteur on the sale and sexual exploitation of children, appointed by the UN Human Rights Council in Geneva, the Covid-19 lockdown has resulted in people finding newer ways of availing prostitution services—through “delivery” or “drive-through”. According to Singhateh, people’s tendency to access illegal websites featuring child pornography has also increased— “Producing and accessing child sexual abuse material and live-stream child sexual abuse online has now become an easy alternative to groom and lure children into sexual activities and to trade images in online communities.”

A report published by the Council on Foreign Relations echoes the same fear— “While the current drop in global demand might temporarily disrupt exploitative circumstances, this effect is likely short-lived and eclipsed by increased vulnerability. Within sex trafficking, for example, the demand for commercial sex has dropped due to social distancing regulations. However, there is evidence that online sexual exploitation of children is on the rise, indicating that perpetrators are adapting in response to the environment.”

And this brings into the picture a new set of prey: children from middle-income to higher-income families who have access to the internet. These children, for whom the internet is the only means of staying connected with their friends and teachers, are at risk of being preyed upon by malicious traffickers.

And stuck at home, detached from the life they used to live, these children—according to Kazi Amdadul Hoque, Director-Strategic Planning and Head of Climate Action, Friendship, an international NGO—face a different kind of trauma. The fear of uncertainty, the fear of contagion and the depression from the lack of access to friends and outdoor activities make these children especially vulnerable to predators.

This is certainly one way of tackling this problem. But we must keep in mind that the threat of physically trafficking children and selling them into prostitution or forced labour remains. Maybe there has been a decline in demand now, but it is only temporary. With the state’s resources already stretched fighting Covid-19, the government will find it difficult to fight off these other diseases, but this one definitely needs attention.

The government, along with bringing the poor under social safety schemes, must also mobilise the law enforcement agencies to strictly monitor the trafficking situation in the country. And families should spend more time with children and educate them about the risks that they might face online. The communities must look out for each, support each other and report suspicious activities. It is time we start looking out for ourselves, our loved ones and our communities, and report the wrongs to the concerned authorities, for the greater good of our children.

Tasneem Tayeb is a columnist for The Daily Star.
Her Twitter handle is: @TayebTasneem