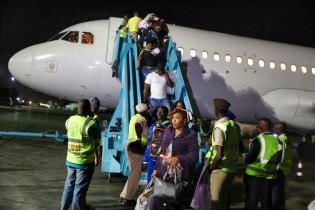 Human trafficking for ORGANS REMOVAL: an unseen form of exploitation

By PRESS RELEASE
Two-day online expert meeting to discuss recent developments and policy gaps in combating trafficking in human beings for the removal of organs concluded yesterday evening. The event was co-organized by the Office of the OSCE Special Representative for Combating Trafficking in Human Beings (OSR/CTHB), the Office of the UN High Commissioner for Human Rights (OHCHR) and co-sponsored by the World Health Organization (WHO).

By Soumik Dutta
In India the impacts of climate change induced extreme weather events on the lives and livelihood of people, particularly belonging to the poor and vulnerable sections of the society, are increasing alarmingly with each passing year.

By Tasneem Tayeb
With Covid-19 bringing economic activities across nations to a halt, more and more people are being pushed into poverty. Job losses, business losses and farming losses, leading to economic stress, are pushing many to the fringes of poverty. And as families are being rendered helpless, the worst sufferers are invariably the children.