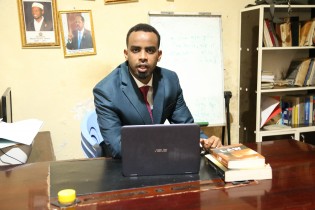 By Shafi’i Mohyaddin Abokar
With an international meeting aimed at resolving the political crisis in Somalia set to take place Thursday, the local media in this East African nation is awash with scepticism, referring to the efforts as a new system of re-colonising the country.

By Shafi’i Mohyaddin Abokar
As Somalia’s transitional government and various stakeholders meet Wednesday to discuss the inclusion of the country’s clans in the new government, women politicians have called for a greater role in the leadership of this East African nation.

By Shafi’i Mohyaddin Abokar
Masses of food meant for famine victims in Somalia are being stolen, an investigation has revealed.
ADVERTISEMENT ADVERTISEMENT