Young women in Zimbabwe are becoming increasingly vulnerable to sex trafficking because of the country’s economic climate and because of the lack of enforcement of international legal instruments. 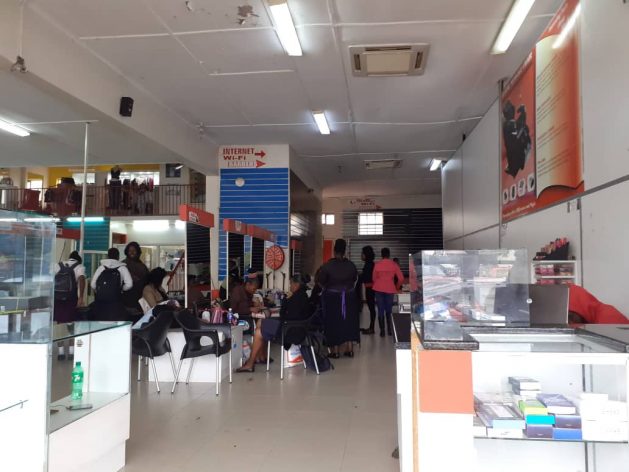 BULAWAYO, Zimbabwe, Mar 10 2020 (IPS) - Similo Ntuli* looks like a ordinary, fashion-savvy woman in her twenties. As a hairdresser and beauty therapist in Bulawayo, Zimbabwe’s second-largest city, Ntuli has her finger on the pulse of the latest styles and trends. But she also has, what she admits, are dark secrets.

“I have become suspicious of young rich women whose source of income cannot be explained,” she says. And she knows what she is talking about.

“I have been to Dubai (in 2018) where I was invited to work for some rich guys but what I saw made me think twice about how I want to make my money,” she tells IPS on condition of anonymity .

“The grossest sexual fantasies you can imagine can get a young girl money that is unthinkable here in Zimbabwe,” she says.

Ntuli says she was introduced to contacts or clients in the Near East by “a fixer” in Bulawayo. But she says she had to leave Dubai in a hurry after the demands to perform “despicable sex acts” proved unbearable.

Lobbyists in Zimbabwe are concerned by what they see as the weak enforcement of the United Nations Protocol to Prevent, Suppress and Punish Trafficking in Persons, also known as the Palermo Protocol. It came  into effect on Dec. 25, 2003 and seeks to prevent, suppress and punish the trafficking of persons.

Zimbabwe may be a signatory, along with 184 members of the U.N.,  but activists here say that enforcement efforts against organised human and sex trafficking remain inadequate as the true factors driving this are not being addressed.

Zimbabwe is facing its worst economic crisis in decades and activists say that the lack of safety nets, awareness campaigns and legal recourse for exploited women has continued to expose them to exploitation.

“The rate at which foreigners come to the country exposes the young women to trafficking. Recently, Zimbabwe adopted the mantra that it is ‘open for business’ and potential investors in their quest to partner with Zimbabwe have been frequenting the country,” Fadzai Traquino, national director of Women in Law in Southern Africa, tells IPS.

She explains that because of the current economic climate perpetrators are able to take advantage of vulnerable young women, offering them “job opportunities”, explaining that those women who accept such opportunities often do so out of desperation.

“And so it becomes difficult to curb the pandemic as women are opting for these opportunities to secure financial and economic security,” Traquino says.

And, as Ntuli points out, there remain gaps in how human and sex trafficking crimes can be reported.

“I think people, including the police in Zimbabwe, have become cynical. I think its because of the economic crisis. Someone who I told my story to asked what I thought I was doing going to Dubai. I cannot even approach law enforcement officers on this matter as I feel I know what their reaction would be,” Ntuli says.

In 2019, the United States State Department issued the Trafficking in Persons Report noted that Zimbabwe “does not fully meet the minimum standards for the elimination of trafficking”, while local researchers say more needs to be done if young women such as Ntuli are to come forward and report cases for justice to be served. Ntuli admits that she is unaware if there is any legal recourse open to her as a victim of sex trafficking.

“Educating vulnerable people about human trafficking for sexual exploitation is one piece to addressing the problem. As the Palermo Protocol mandates, governments need to deal with the root causes of trafficking for sexual exploitation, and these are grounded in gender inequality and discrimination,” says Tsitsi Matekaire, the global lead of End Sex Trafficking at Equality Now, an NGO that advocates for the protection and promotion of the human rights of women and girls.

“Governments must ensure that women and girls are supported to reach their potential, free from the impact of discrimination and poverty, and create more equal societies so that they are not vulnerable to sex trafficking in the first place,” Matekaire tells IPS.

“Governments must ensure that victims of human trafficking for sexual exploitation are properly supported to rebuild their lives after the traumatic experience, whether they have been trafficked within the country or where trafficked to another country,” she adds.

The International Criminal Police Organisation’s (INTERPOL) Vulnerable Communities unit has noted the importance of training local enforcement agents on how to conduct victim interviews in cases of human trafficking and child sexual exploitation.

In responses to IPS’ enquires, the police organisation used the example of a successful INTERPOL-assisted raid of sex trafficking in West Africa in January, where local police were provided with specialised training to bust a trafficking ring.

While Zimbabwe has made efforts to address human and sex trafficking, Traquino says more still needs to be done.

“The Government of Zimbabwe has demonstrated overall increasing efforts to meet the minimum standards for the elimination of trafficking but is not has not fully reached the required level of commitment in tackling human trafficking at large,” she tells IPS.

“There is more that can be done to conscientise young economically vulnerable woman. The state has not taken advantage of the platforms that the youth are mostly found at, particularly Facebook, WhatsApp, Twitter and various other social media platforms. Sensitising young women about the risks of trafficking on the [social media] platforms that they frequently visit can be effective as the message reaches them directly,” Traquino says.

The Global Sustainability Network ( GSN ), which actively supports the U.N. Sustainable Development Goal 8 of decent work and economic growth, has focused much of its work on eliminating modern slavery. It acknowledges that the “legal system is failing — human trafficking is illegal everywhere but it is growing everywhere”.

“As a consequence something has to change — we need new laws — governments are obliged to protect their citizens,” GSN states.

“This will help in ensuring effective implementation of policies,” she tells IPS.