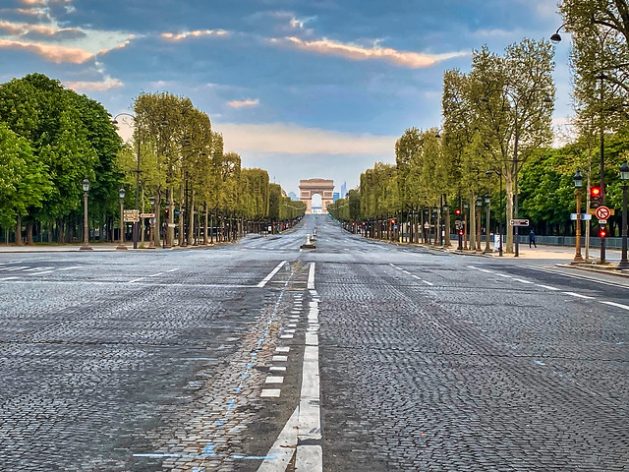 BARCELONA, Jun 5 2020 (IPS) - Six months after the outbreak, the new global scenario resulting from the impact of COVID-19 is gradually becoming much more defined. From the very beginning, we sensed that little good could result from a situation so surprising and unexpected. Now it is becoming increasingly clear that we are entering times of extreme volatility in the international sphere. Times of uncertainty and incandescence as we have not seen for years.

The unrest in the United States and Brazil are clear signs in this direction. It is not by coincidence that they are occurring in the two countries with the highest numbers of COVID-19 cases in the world. The US in its way to the two million cases and with more than 100,000 deaths; and Brazil has exceeded half a million cases and more than thirty thousand dead, without taking into account the underreporting in both cases.

The destabilizing potential of COVID-19 in some of the world's major powers, and in parallel with the relations among them, is substantive; as is the resulting uncertainty

While it is true that the origin of the worst riots in decades in the United States is the death at the hands of the Minneapolis Police of an African-American citizen, it is obvious that the resulting anger has been fuelled by the accumulated frustration of recent months.  A time when structural racism in the United States has been overwhelmingly confirmed by the percentage of coronavirus deaths in the African American population, much higher than in the white one. The result is forty cities in the US with curfews, the deployment of the National Guard and Military Police in various States, and the militarization of the capital, Washington DC; quite serious.

The point, however, is that these are not two isolated situations, and that the destabilizing potential of COVID-19 in some of the world’s major powers, and in parallel with the relations among them, is substantive; as is the resulting uncertainty.

Keeping with the case of the United States, the confrontation between President Trump and several Governors –almost leading to a constitutional crisis -, the attacks on the WHO or the progressive and dangerous escalation of tension with China, always in the context of the coronavirus crisis, do not predict anything good.

And all this in the context of an electoral year in the US, with an epidemiological curve that is resisting to significantly decline, with 40 extra millions of unemployed … and one of the most controversial presidents in history who is running for re-election. Territory paid for by uncertainty.

Moreover, the references from the White House to the “Chinese virus” have had no real effect on Beijing, and rather have helped consolidate the evolution towards a more aggressive foreign policy such as that promoted by president Xi Jinping. In fact, the comparison of how the United States is facing the pandemic with respect to China, with all its shadows and doubts, does not burden Washington.

And after Hong Kong comes Taiwan. Very few days separate the announcement of the new legislation on Hong Kong, with its implications, the Beijing government withdrew the word “peaceful” from its annual call for reunification with this island. In a matter of few weeks, these two events added up to the seventh incident -so far this year – between the Chinese and Taiwanese air forces; new skirmishes between Chinese and Indian troops in the disputed border area in the Himalayas (and the consequent sending of reinforcements to both sides of the border). To this, we have to add the sinking of a Vietnamese fishing boat by the Chinese Coast Guard in waters also under discussion; or reports of incidents with Chinese ships around a Malaysian-managed oil rig.

Nor can we ignore the situation in the Russian Federation. After 400,000 cases of COVID-19, and a growing case curve, Putin is experiencing its lowest popularity in a long time, while the follow-up on social media of its main opponents rises like foam. Even more, this is pending on a referendum on July 1 to approve the constitutional reform that must perpetuate him in power. Referendum that will do little to contain the pandemic.

In this context, the images of a few months ago in which Russia sent cargo planes full of masks to the United States or deployed military support in the fight against coronavirus in northern Italy are far away. Nor has Russia been able to avoid tensions with China, with mutual reproaches over the closure of land borders or the importation of new cases from one country to another.

Latin America is a growing area of concern which, along with the United States, is the new epicentre of the pandemic, bringing over 3 million cases over the 2.3 million in Europe. The paradigmatic case is the aforementioned Brazil, with a “denialist” president, a faithful follower of the Trump doctrine, despite already being the second country in the world in number of COVID-19 cases.

We will see how countries like Chile react now that they have surpassed 100,000 cases, dragging a season of instability with a strongly contested government on the street (which it should be recalled that was forced to move the COP25 Climate Summit from Santiago de Chile to Madrid). Another case is Peru, which, despite having taken stricter measures, is already approaching 180,000 cases. The coronavirus is also growing in the Persian Gulf and India, where the world’s largest confinement is being lifted, affecting approximately 1.3 million people.

It is in a context like this, where there are few countries in the world – and less among the great powers- that can really show off for their management of the pandemic, that incentives and the temptation to find internal or external scapegoats to divert attention or redirect public anger are particularly high. If we add controversial or autocratic leadership, pre-existing tensions or the worrisome short-term forecasts in the economic field, the scenario we face is unpromising, and above all uncertain.

While in Europe the storm (or its first wave) calms down, in the rest of the world the pandemic grows, together with its resulting instability and volatility.