Sanctions, Amid COVID-19 Pandemic, Will Lead to Humanitarian Catastrophe

Susanne Grabenhorst is Chair of the International Physicians for the Prevention of Nuclear War (IPPNW) , a non-partisan federation of national medical groups in 63 countries*. 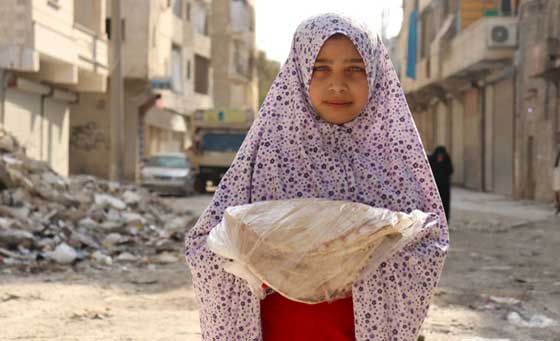 BERLIN, Jun 19 2020 (IPS) - The Covid-19 pandemic has spread across the world. Although the numbers of infections and deaths vary between countries, they are increasing dramatically in some places, threatening people’s health as well as the basis of their economic and social lives.

The effects of the infection, but also of the political measures to contain it, such as shutdowns and lockdowns, are particularly dangerous for those countries whose medical and financial resources are limited.

Their populations often suffer from war, poverty, the consequences of climate change and exploitation by a deeply unfair economic system. One of the consequences is that large numbers of health workers have left those countries.

If on top of that, they are targets of unilateral sanctions, the suffering of the civilian population will increase and that in turn will lead to a humanitarian catastrophe – in particular for women, the elderly, young people and children.

In this context, UN Secretary General António Guterres has called for a lifting of sanctions. A demand that Pope Francis endorsed in his Easter message.

The UN Special Rapporteur on the negative impact of sanctions, Alena Douhan, also urgently pleaded for the lifting or at least suspension of ‘unilateral coercive measures’. She called for help for the health systems of states subject to sanctions to enable them to respond appropriately to the corona pandemic.

All governments that use sanctions as a foreign policy tool should immediately end any measures that impede the trading and financing of medical services and materials, food and essential goods. 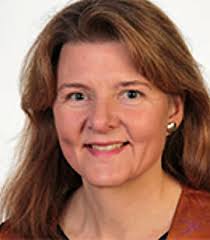 In a statement on 10 June 2020, the German Advisory Board for Civilian Crisis Prevention also recommended that the German Presidency of the UN Security Council in July be used to put Covid-19 back on the agenda as a threat to international peace and security.

They also suggested to call for the temporary suspension of sanctions and the opening of borders for humanitarian and medical care for particularly hard hit population groups.

Countries such as Iran, Syria, Venezuela and Cuba, but also Russia and China, are currently subject to sanctions. The EU alone is imposing sanctions against 33 states and non-state entities. The sanctions also directly and indirectly affect essential goods such as medicines and medical tools and equipment, thereby endangering the health and lives of millions of people.

The threat of ‘secondary sanctions’ against third-country nationals who do business with the sanctioned state hampers alternative supply options. Moreover, the legal uncertainty leads to so-called ‘over-compliance’ by financial institutions and companies fearful of the possible consequences. This further exacerbates the negative consequences for the sanctioned state.

Even in the face of the corona pandemic, the US and EU member states, which are using these unilateral sanctions to pursue their foreign policy goals, do not seem to shy away from the predictable consequences for the human right to health and life. There are individual offers of help.

However, the de facto blockade of essential medicines and medical supplies during a pandemic not only poses a massive threat to the affected populations, but also endangers the entire human race – given that the spread of the virus does not stop at national borders.

Moreover, the sanctioning states are hindering the options and opportunities for knowledge exchange and concerted action against the pandemic, which, in their own words, can only be defeated by the combined efforts of the whole of society. 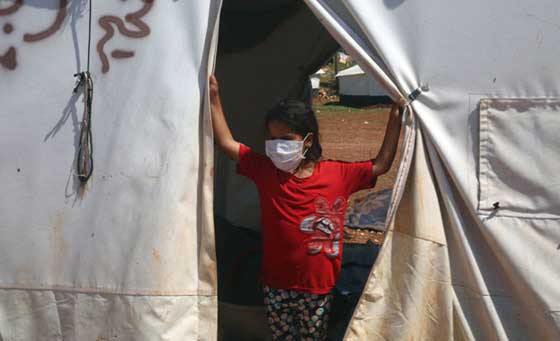 We are all dependent on each other and will only be able to control the spread of the virus together. This means that sanctions against states with vulnerable health systems must be lifted.

The US continues to impose its sanctions on Iran unabated and has in fact tightened them since the outbreak of the pandemic. It is even disregarding an order from the International Court of Justice in October 2018 that explicitly obliged the US to lift sanctions against the export of medicines, medical equipment, food and agricultural products.

EU member states have not managed so far to mitigate the consequences of the US sanctions policy. Instex, the company set up by Germany, France and the UK to maintain trade with Iran, has managed to carry out a single transaction, in March 2020.

The plight of Syria and Gaza

The sanctions imposed on the government of war-ravaged Syria by the US and the EU, among others, obstruct not only reconstruction but also the containment of the pandemic.

According to a recent publication by the German Institute for International and Security Affairs, they contribute to making money transfers from abroad and the import of food and foodstuffs more difficult, increasing production costs and impeding the production of medical goods.

The UN World Food Programme estimates that 9.3 million Syrians no longer have enough to eat. The UN assumes that only two thirds of Syrian hospitals are still operating. In addition, up to 70 per cent of those Syrians who had been working in the health sector have now fled the country.

Nevertheless, on 17 June the US imposed new sanctions under the Caesar Civilian Protection Act, after the code name of a whistle-blower of state torture. The sanctions penalise most transactions with the Syrian state and are aimed at restricting its military, construction projects and oil and gas industry.

Whilst the halt to arms exports is certainly welcome and a measure that we generally support, other economic activities affect governments and companies worldwide, including Assad allies Iran and Russia. So, Syria’s economic situation will deteriorate even further.

In addition, the EU extended sanctions, which have been enforced since 2011 at the end of May. On 15 March 2020, the governments of Great Britain, France and Germany declared that the Syrian government alone was to blame for the current situation and the devastating humanitarian consequences.

So far, the areas in Syria under Assad’s control have been denied any EU aid for food or medical supplies. The investigation and prosecution of crimes committed by all parties to the conflict is a legitimate goal, but cannot, in the current situation, constitute grounds for refusing or obstructing such aid measures.

Another example of the negative impact on health systems is the longstanding blockade of Gaza by Israel, with the support of the US and Egypt, which the EU is not tackling with sufficient resolve. The desperate health care situation and the confined living space there could lead to a highly dangerous situation in the event of a Corona outbreak.

Experts such as Tamara Alrifai, spokesperson of the United Nations Relief and Works Agency (UNRWA), and the international and human rights lawyer Shannon Maree Torrens are therefore warning of a potential catastrophe. Despite the efforts of the Gaza administration and the WHO, there is cause for great concern over the Covid-19 cases that have now been identified.

The pandemic is a powerful demonstration of the fact that we live in a world defined by networks. We are all dependent on each other and will only be able to control the spread of the virus together.

This means that sanctions against states with vulnerable health systems must be lifted. The objection that many of the problems arising from the pandemic are the fault of the states themselves is not an argument against lifting them, nor an excuse for inaction.

*This article was originally published in International Politics and Society. Based in the Friedrich-Ebert-Stiftung’s (FES) Brussels office, International Politics and Society aims to bring the European political debate to a global audience, as well as providing a platform for voices from the Global South. Contributors include leading journalists, academics and politicians, as well policy officers working throughout the FES’s global network.