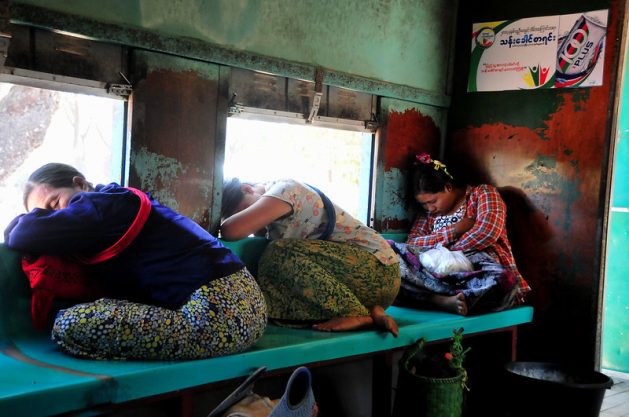 Rights experts say that the Myanmar government “has long shown a lack of commitment to breaking the cycle of impunity for widespread sexual and gender-based violence”. This is a dated photo of women travelling on a crowded train in Myanmar. Credit: Amantha Perera/IPS

UNITED NATIONS, Jul 28 2020 (IPS) - A legislation that aims to protect women against violence in Myanmar, while long overdue, is raising concern among human rights advocates about its inadequate definition of rape, vague definition for “consent”, and anti-lesbian, gay, bisexual, and transgender rhetoric.

Myanmar is soon to see the latest version of its Prevention of and Protection from Violence Against Women (PoVAW) introduced in parliament. But the Global Justice Centre (GJC), an international human rights and humanitarian law organisation focusing on advancing gender equality, has pointed out that the legislation falls short of addressing violence against women.

According to GJC, the language used in the law borrows from Myanmar’s 1861 Penal Code and thus perpetuates antiquated understandings of rape, such as; considering rape as violence committed only by men, the definition of “rape” constituting only of vaginal penetration, and no acknowledgement of marital rape.

“The Myanmar government has long shown a lack of commitment to breaking the cycle of impunity for widespread sexual and gender-based violence, a problem that is exacerbated by broader structural barriers with respect to Myanmar’s military justice system, and a lack of robust domestic options for accountability,” the GJC analysis has claimed.

Last week, Khin Ohmar, an exiled human rights advocate from Myanmar and founder and chairperson of the advisory board of Progressive Voice — a participatory rights-based policy research and advocacy organisation rooted in civil society, with strong links to grassroots and community-based organisations throughout Myanmar  —  shared how sexual violence in the country is used in a “systematic pattern to target ethnic women and girls”.

Ohmar was speaking at the United Nations Security Council Open Debate on Sexual Violence in Conflict, where she further reiterated how the military in Myanmar has carried out “unspeakable crimes” against ethnic minorities in the country.

Meanwhile, GJC has also published a list of recommendations that leaders can follow to ensure the law is comprehensive as well as applicable in today’s time.

IPS had a conversation with Akila Radhakrishnan, president of GJC, on the issue. Some parts have been edited for clarity purposes. 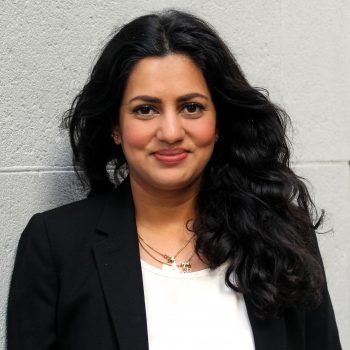 Inter Press Service (IPS): The year is 2020. How is Myanmar only now introducing the Prevention of Violence against Women Law (PoVAW)?

Akila Radhakrishnan (AK): There’s been a couple of things – I think the lack of will is a starting point. This is something consistently being pushed for by women in civil society since about 2013.

It has been raised as an issue and a part of the reason it’s such a priority is because the original laws we’re talking about date back to 1861.

We’re really talking about laws that haven’t been updated so with the political transition there was a moment when women in civil society saw the opportunity to think it’s time we had a comprehensive law on violence against women, updating progressive positions in the penal code and bring in things like protective orders or a more robust categorisations of kinds of sexual and other types of violence.

And in some ways, the military continues to perpetrate mass sexual violence. Some of the key things that civil society has been pushing for is bringing the military under a mandate of the law, which is antithetical to the military’s interest as well.

IPS: Despite Aung San Suu Kyi being the leader of the country, why are there still discrepancies in the legislation?

AK: Aung San Suu Kyi is no feminist. She has certainly in the past made stronger statements on sexual violence than she currently takes on but she’s very much seen certain types of political reform as her priority. If you look at the trajectory of the laws that were initially passed through the transition, most of the laws were really wound around issues that enabled foreign investment, for example.

There were certain laws that were due to be changed around issues such as certain types of press freedoms, many of which have been regressing in recent times in any case. There was never kind of a feminist priority set from the leadership.

There were certainly some amazing feminists who got elected, including from local women’s civil society who were elected to parliament. They even felt they’ll have the power to set what are the priorities to be passed, to be considered to be looked at in the context of a country that has a range of reforms that need to be undertaken.

Another issue is that it’s been really slow going in the part of some of the agencies that are involved in this as well such as others, such as the attorney general’s office, department of social welfare. There’s a complicated range of actors involved in the development of the law and in the pushback against the law as well

IPS: Where would you say the PoVAW law lacks most glaringly and needs to be most urgently addressed?

We detail a range of issues with that specific definition. And a major part of the impetus was to say our more modern definitions of rape, that are more inclusive, that are gender neutral and have better definitions of consent and at the end of the day you’re creating this whole process and you’re clinging to something that’s there.

And related to that is issues such as marital rape as a crime that is somewhat separate from rape, it’s a lesser crime, a lesser penalty and you know that also stems out of an antiquated mindset.

IPS: Is this legislation only for cisgendered women?

AK: There’s a little bit of a tension there. The law itself is a violence against women law and that’s in the framework it’s been developed over quite a bit of time, so there’s been tension wanting to certainly to try to make the law as inclusive as possible [and] really thinking through how difficult it is to even bring this to fruition.

In this moment, it’s important to try to think of how you take an intersectional inclusive approach to this. But unfortunately we’re going to end up only with a VAW framework so we want to at least within that context — and this is really belying on the expertise of groups that do this work better than we do — to really think through how to make something like this as inclusive as possible.

AK: The military uses sexual violence as a tactic weapon in its conflict, as its violent actions against all ethnic minorities. It is a systematic pattern —  one that is met with impunity which is why legal reforms and accountability are so important.

IPS: What are your hopes for the steps ahead for the PoVAW law?

AK: The law is an important step forward but in order for it to be a meaningful step forward it actually needs to take into account — and through the process be amended — so it meets international standards, and addresses some of the key issues with the law itself. Otherwise you get kind of a patchwork law where a lot of time and energy has been put into it, but it’s not going to achieve what it could’ve achieved to actually come in line with international standards.