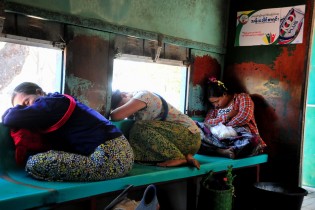 Acid Victims Have a Lot to Undo

By Sujoy Dhar
Her face covered with a maroon  scarf and with large old -fashioned goggles hiding her eyes, Sonali Mukherjee lived one of the most cherished moments of her life when she earned a jackpot on a show hosted by Indian film star Amitabh Bachchan.

By Ivet González
Midiam Lobaina describes herself as a “Christian militant” who takes a feminist reading of the Bible to workshops and religious services around Cuba, to discuss gender equality and a culture of peace.

By Danilo Valladares
Access to justice for women who suffer sexual violence in Central America and southern Mexico remains limited despite the high incidence of rape and other crimes, of which underage girls are the main victims, experts say.
ADVERTISEMENT ADVERTISEMENT