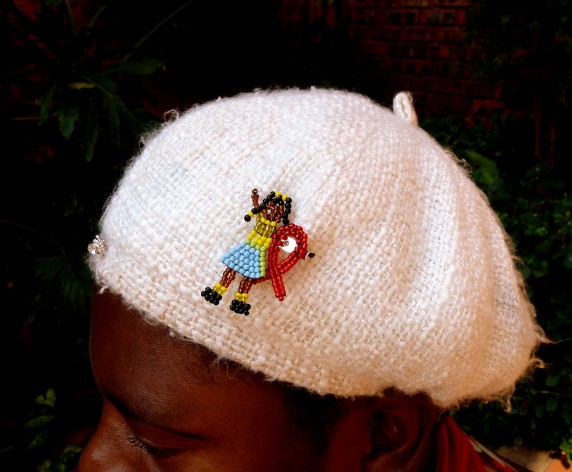 JOHANNESBURG, Dec 1 2014 (IPS) - When she found out that she had human immunodeficiency virus (HIV), Thabisile Mkhize (not her real name) was scared.

She knew little about the virus that had been living in her body since birth and did not know whom to ask. Her mother had just died and she lived with her grandmother in rural KwaZulu Natal, where the HIV prevalence is the highest in South Africa, at 17 percent.

Today, at the age of 16,  Mkhize is an enthusiastic peer educator at her school,  discussing HIV prevention, safe sex and sexual rights. “I want young women to be safe, to make healthy sexual choices,“ she told IPS.

South Africa has a perfect storm of early sexual debut, inter-generational sex, little HIV knowledge, violence, and gender and economic inequalities that lead young women aged between 15 and 24 to have a disproportionately high rate of HIV infection

South Africa has a perfect storm of early sexual debut, inter-generational sex, little HIV knowledge, violence, and gender and economic inequalities that lead young women aged between 15 and 24 to have a disproportionately high rate of HIV infection.

They account for one-quarter of new HIV infections and 14 percent of the country’s 6.4 million people living with HIV, according to the ‘South African National HIV Prevalence, Incidence and Behaviour Survey’.

Alarmingly, HIV incidence – the number of new  infections per year – among women aged between 15 and 24 is more than four times higher than among their male peers.

“Structural drivers – gender, social and economic inequalities – interact in a number of ways and influence behaviour such as choice of sexual partner and condom use,” she said.

Explaining that young women find it difficult to protect themselves against HIV, she noted that they “end up with controlling partners and fail to negotiate condom use or are forced to have sex.”

Tumi Molebatse, a 20-year-old student from Soweto, is an example. Years ago she had an HIV test and would like to have another with her boyfriend of two years, or at least to have safe sex.  “But my boyfriend will think I am cheating on him if I ask for condoms,” she told IPS.  “He supports me financially so it’s better to not bring it up.”

Source: South African National HIV Prevalence, Incidence and Behaviour Survey.
Molebatse’s dilemma is one familiar to many young women who feel powerless to request the use of condoms or for their partner to test for HIV.

In South Africa, one of the most unequal countries in the world, relationships with older men often pen the way for young women’s social mobility and material comfort.

According to Kerry Mangold from the South African National AIDS Council, inter-generational and transactional sex increase the risk of infection because older men have higher HIV rates than young men.

“It’s not rare to see a young girl sleep with an older man for food or a little bit of money,“ said Mkhize. “Young women aspire to have nice things in life but they don’t have money, they don’t have jobs, and they go for partners who can provide those things.”

According to the ‘South African National HIV Prevalence, Incidence and Behaviour Survey’, one-third of girls aged between 15 and 19 reported a partner five years or more their senior.

“At its most extreme, gender inequality manifests as gender-based violence,” says Delany-Moretlwe.

In South Africa, young women who experienced intimate partner violence were 50 percent more likely to have acquired HIV than women who had not suffered violence, according to the UNAIDS Gap Report.

Despite decades of awareness campaigns, less than one-third of young women know how to prevent HIV.

Mkhize says that many girls hear about sex and HIV from friends and teachers, and often  the information is wrong. “I know girls who believe you cannot get HIV if you boyfriend has just come back from circumcision school and so they have sex without a condom,” she told IPS.

Mangold would like to see “an enabling environment for young women to make their own choices and reduce their risk.”

Since last year, the ZAZI initiative has been trying to do just that. A sassy campaign, ZAZI (from the Nguni words for “know yourself”) builds knowledge around sexual health through social media, video clips, poetry readings, street murals, music and fun activities that boost girls’ sense of self-worth.

“We hope to discourage them from opting for relationships with older men for material gain and give them confidence to negotiate condom use,” ZAZI advocacy manager Sara Chitambo told IPS.

ZAZI’s motto is “finding your inner strength”. On its website, girls can look up practical advice on what to do if they are raped, where to find contraception and how to prevent HIV.