Kul Chandra Gautam is a former Deputy Executive Director of UNICEF, winner of the 2018 Harris Wofford Global Citizen Award conferred by the National Association of the American Peace Corps, and author of: ‘Global Citizen from Gulmi: My Journey from the Hills of Nepal to the Halls of the United Nations’. 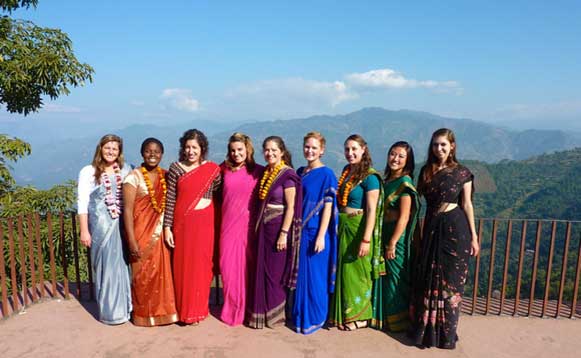 KATHMANDU, Nepal, Jul 20 2020 (IPS) - I have had 5-decade long and happy association with the Peace Corps since I was a 7th grade student in the hills of Nepal. My wonderful Peace Corps teachers were instrumental in helping transform my life. And the 4000+ Peace Corps Volunteers who have served in Nepal have contributed immensely to my country’s development.

I feel sad that because of the COVID Pandemic the Peace Corps had to temporarily withdraw its Volunteers from all countries, including Nepal.

Today I join my fellow panelists* from Guatemala and Kenya to address some weighty questions about the future of the Peace Corps from our perspective as global citizens, and that of our home countries.

I deeply appreciate the soul-searching motivation for our reflection at this time of historic convulsion in the US triggered by not only the COVID crisis but also the Black Lives Matter movement, and other crises facing America and the world.

Recent events have made all of us introspect deeply about combatting systemic racism, and more broadly, promoting social justice, and ending the long legacy of racial, ethnic, religious and gender-based disparities.

We find these phenomena not just in America, but in all countries where the Peace Corps serve.
Let me try to address these issues in a historic and holistic perspective.

During the past century, the United States has been the world’s greatest super-power. There have been 3 major sources of America’s super power status in the world – its economic prosperity, its military strength and its cultural vibrancy.

America has been the richest country in the world for nearly 2 centuries. The US has only 4% of the world’s population, but 15% of the world’s GDP, and 30% of the world’s billionaires. But we also find in America grotesque inequality, and great poverty in the midst of plenty.

It is the only rich country in the world without universal health coverage. In terms of people’s health & well-being, the US is no longer a world leader. 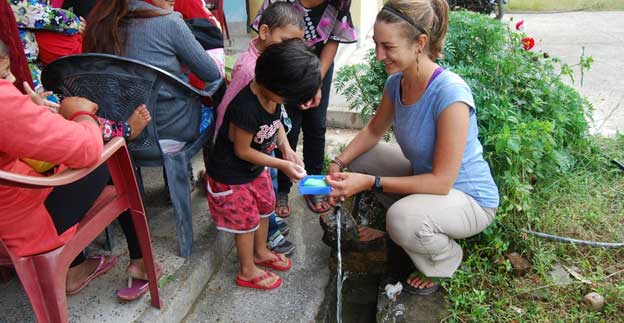 The fact that the US has more cases & deaths from COVID-19 than any other country in the world, is a telling example of how America’s vast wealth fails to protect its people’s health.

America’s military strength has also been unparalleled in recent history. Currently, the US spends more than $700 billion annually on defense. That is close to 40% of the word’s military spending.

Look at what the trillions in military spending have produced in Afghanistan, Iran, Iraq, the Arab world, and even in Latin America – a wave of anti-Americanism.

I believe it is time now to reorient the American economy, drastically reduce military spending, and redirect it to end poverty, to reduce inequality, to provide health care and quality education for all, and to protect the earth from the climate crisis.

This is where America’s third strength comes into play. America’s educational, scientific and cultural vibrancy have earned the US tremendous soft power in the world.

That is what gives America a positive soft power for the good of the world. I consider the Peace Corps as one element of that benevolent American soft power.

I dare say that the less than half a billion dollars that America spends annually on the Peace Corps touches more ordinary people’s hearts, and helps nurture peace and friendship in the world than the many billions the US spends on military aid to developing countries.

I recall that was precisely the vision of President John F Kennedy when he established the Peace Corps. Kennedy envisioned the Peace Corps – as an opportunity for young Americans to better understand the challenges of living in a developing country, to impart their knowledge and skills, and to help overcome poverty and underdevelopment.

Those are precisely the building blocks for peace and prosperity. It is that spirit of solidarity and empathy that makes America, or Nepal or any other country truly Great.

To paraphrase the late Senator Teddy Kennedy, to make America Great Again: “It is better to send in the Peace Corps than the Marine Corps”.

I so wish that President Trump had been a Peace Corps volunteer. If he had the Peace Corps experience, he would have tried to make “America Great Again” by responding to the greatest challenges of our times – the COVID-19 pandemic, systemic racism, global poverty, and the climate crisis – in a completely different manner.

Let me now reflect on two questions that the NPCA asked us:

Well, even before COVID-19 invaded and destabilized the world, we already had a universally agreed global agenda called the Sustainable Development Goals. Those goals, with dozens of specific and time-bound targets to be achieved by 2030, include ending extreme poverty, promoting prosperity with equity, protecting the environment and safeguarding people’s human rights.

They were endorsed by all countries of the world, including the United States, at the United Nations in 2015. The SDGs comprise a non-partisan agenda, so all of us can support them whether you are a Republican or Democrat or neither.

The Peace Corps Volunteers already promote these goals in their work as teachers, health promoters, agriculture extension workers, and a variety of other vocations.

What is needed now is to refine the skills of the Peace Corps Volunteers to ensure that their services are provided to truly empower local people and communities.

Like all other institutions are doing at this time, the Peace Corps too would benefit from an organizational soul searching to root out any trace of racism, gender discrimination or a colonial mentality that may occasionally and inadvertently influence its work and mission.

I honestly believe that the Peace Corps can help transform the multiple crises facing the US and the world into opportunity for achieving the Sustainable Development Goals.

I know from my own personal experience and observation that Peace Corps Volunteers can make a transformational impact on the lives of many ordinary people, and future leaders of host countries.

Our increasingly inter-connected world demands global solidarity, not charity, to solve global problems that transcend national borders like the specter of war, terrorism, racism, climate change, and pandemics like COVID-19.

I sincerely believe that the Peace Corps can be a great organization dedicated to promote such global solidarity at the people to people level.

Let us remember that solidarity, unlike charity, is a two-way street. The Peace Corps experience is just as important for the education and enlightenment of the Peace Corps Volunteers as it is for them to help their host communities.

More than any other group of Americans, I believe that Returned Peace Corps Volunteers can instill a sense of a more enlightened America as part of, not apart from, a more just, peaceful and prosperous world.

So, I hope and count on the Peace Corps to survive and thrive, and help build an enlightened post-COVID America and the world.

*In an address to the National Peace Corps Association sharing views on the future of the Peace Corps from the perspective of a host country, Nepal.