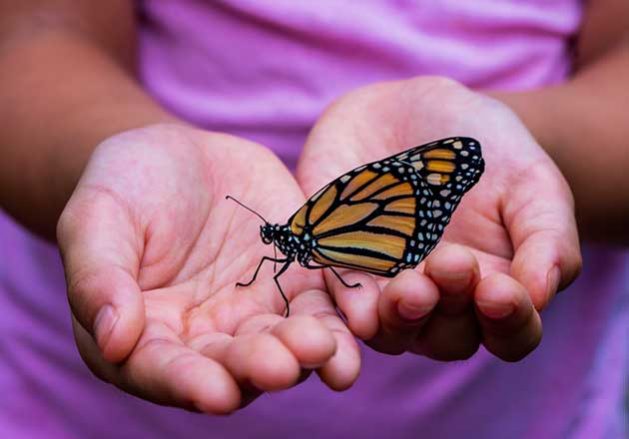 ABUJA, Dec 4 2020 (IPS) - Every year, the global 16 Days of Activism against Gender-Based Violence begins on November 25 and ends December 10. The theme of this year’s activism is “Orange the World: Fund, Respond, Prevent, Collect!”

The situation in Nigeria is not different – a COVID-19 lockdown leads to an increase in sexual and gender violence, according to investigations by the Pulitzer Centre. Sadly, the United Nations documentedmore than 3600 cases of rapes during the COVID-19 lockdown in Nigeria.

The work of the Women’s Crisis Centre in Umuaka community, southeast Nigeria, reveals new information on gender-based violence and factors which perpetuate these brutal acts. In her role as the Program Manager at the Women Crisis Centre, Lolo conducted focus group discussions to learn the attitudes, beliefs, and behaviors around violence against women.

Women leaders said that mothers choose to sell their daughters into marriages because they are full-time housewives who are unable to financially take care of their children. They also view the act as a show of love and concern – means one less mouth to feed and the married daughter even contributes to the upkeep of her siblings

The result shows abuse of cultural practices, use of child marriage as a means to escape poverty, and husbands’ use of threat of divorce to perpetuate violence against women. Indeed, it is clear that violence against women and girls continued during and after the COVID-19 lockdown in Nigeria.

One topic that came up was around masquerades which are a very important part of the Igbo culture for men as they are regarded as an extension of Igbo ancestors. Even during COVID-19 restrictions, such festivals continued occurring in villages.

During them, females are forbidden from so much as looking masquerades in the face while the men are given the liberty to dance, flog, and demand money from the observers. Some young men who wear the masquerade costumes use its sacred nature to intimidate females who had previously refused their advances.

‘I was flogged and cut with a cutlass by one of the masquerades. He threatened me a few days before the festival because I refused his sexual advances… He told me that he would deal with me in due time… My body was heavily bruised’, said one focus group participant.

Much of the violence relayed during the focus group is related to poverty as Nigeria is the world’s poverty capital. Eighty-seven million Nigerians live in extreme poverty. The difficulty for families to care for their children pushes them to give away their daughters as minors in marriages.

Women leaders said that mothers choose to sell their daughters into marriages because they are full-time housewives who are unable to financially take care of their children. They also view the act as a show of love and concern – means one less mouth to feed and the married daughter even contributes to the upkeep of her siblings. Shockingly men are absolved from being complicit in this act. Instead, girls and their mothers are to blame by community members.

‘These small small girls – 13 and 14 year old’s……..they are so spoilt nowadays. All they want is money and fancy things. I see them on motorcycles with these 19-year old boys. They are always rubbing each other in public”, said one focus group participant.

At Umuaka Village, the pride of a woman is her husband. Indeed, marital status dictates how she is treated in the community. Women leaders said domestic violence cases are “resolved” at homes because if the victim reports to the police, she is viewed as bringing shame to her family.

‘You can see a woman with bruises in the station today reporting her husband …when the husband is arrested, he threatens to divorce her and she immediately drops the case’, said a police officer in the focus group.

‘The men are afraid of the law and their crimes, so they know what to say to make the women powerless… because she knows that men are scarce. Who wants to be divorced or have a husband in prison because his wife sent him there? It’s a big shame’, the police officer explained further.

These acts of violence should not be allowed to continue, even if some people seem resigned to them. These are four ways the Women Crisis Centre is intervening to reduce the incidence of violence against women based on the focus group findings:

First, government and civil society organisations must begin to engage with the traditional leaders at Umuaka to remove flogging as part of Owoh masquerade celebrations. Victims of violence should be encouraged to report to authorities when their rights are violated.

Second, ensure women are economically empowered and can earn their wages. Already, Women Crisis Centre is providing unconditional cash grants for women to start their own businesses.  In addition, they are taught financial literacy with a focus on how to save and open their personal bank accounts, as most of the women rely on their children or husband’s bank account.

Third, it takes a community to prevent violence against women. Therefore, the Women Crisis Centre is already working with traditional leaders, churches and the private sector to educate women of their rights and how to seek redress when their rights are violated.

Fourth, engage with the Umuaka community to consider girl-child education as a form of poverty alleviation. Every girl-child must be enrolled in school.

COVID-19 has worsened violence against women and girls. It also provides a good opportunity to push for reforms to end it. Talking to the community directly can provide guidance on where to start.

Lolo Cynthia is a Nigerian Sexuality and Reproductive educator who advocates for sexually empowered and liberated women and men through sex-education and access to contraceptives. She is the founder of LoloTalks and Program Manager at the Women Crisis Centre.