Marta Jara is Non-Resident Fellow, Institute of the Americas 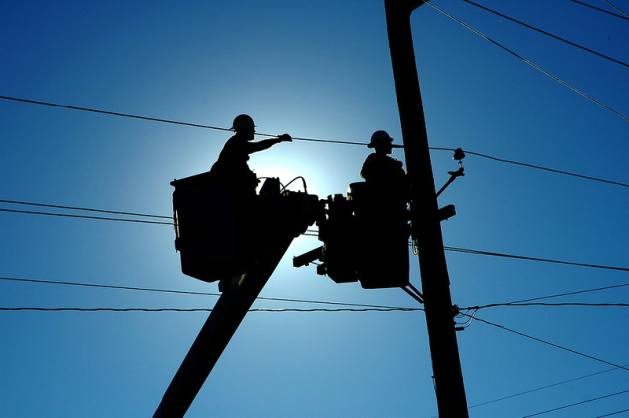 The blackouts and shortages in Texas, paradoxically an energy hub, raise first of all empathy for those affected, as this situation brings to the fore in a vivid way something already well understood: the central role that energy plays. Credit: Bigstock.

MONTEVIDEO, Feb 25 2021 (IPS) - Crises, as the one we saw across the US and Mexico last week originated by Winter Storm Uri, provide ample material for reflection. This is particularly clear from a distant viewpoint and when benefitting from the fact of not being directly affected, as strong emotions and reactions that often bias our judgements are absent.

While biases make us efficient decision makers in our day-to-day lives, when tackling complex problems with serious consequences, it is the efficacy of decision making that counts. Developing awareness of relevant decision biases and means to neutralize them is increasingly a key competency in the energy industry as it is in the modern business world.

The basic attributes of a sound energy system: abundance, security and affordability. Abundance means to have a pool of energy that is available in a way that does not restrict our activities and development. Security means that the flow is not vulnerable to interruptions of whatever manner

The blackouts and shortages in Texas, paradoxically an energy hub, where many of our readers might live, have friends or colleagues, raise first of all empathy for those affected, as this situation brings to the fore in a vivid way something already well understood: the central role that energy plays. Our modern lives simply cannot tolerate blackouts, let alone going without power and heat for days.

But, perhaps most importantly, we are reminded of the basic attributes of a sound energy system: abundance, security and affordability. Abundance means to have a pool of energy that is available in a way that does not restrict our activities and development. Security means that the flow is not vulnerable to interruptions of whatever manner: technical, political, meteorological, etc.

For the system to be secure, both availability of supply and infrastructure need to be resilient, be it by intrinsic robustness, diversification, redundancies, or intangible elements like trust between participating counterparts.

Affordability means that economic access to energy is broadly granted. It is of course a relative term, which takes different meanings, whether it is applied to a context of persons’ basic needs or businesses competitiveness.

There is another aspect, yet to achieve the same attention as the other three, and it is environmental performance. When externalities, like CO2 emissions, are properly brought into the price of energy, this attribute must be considered in a discussion of affordability.

The crisis of last week brings us back to the core issue of trade-offs that have to be considered as part of any energy solution. Every society needs to find the right ones to balance these often conflicting system’s attributes (e.g. more redundancy might mean more cost).

This is the job of elected officials. But their job pretty much ends there. Once the preferences are laid out, it becomes a technical job to oversee how the system is designed and to what standards it is constructed and operated.

That is what technical operators and regulators do. The case in hand shows (not exceptionally) the blame pointed towards every moving target and exposes the confusion (perhaps deliberate) around roles and responsibilities in energy governance.

What the clear separation of roles forces to do is to explicitly state risk tolerance and policy objectives. Not doing so, inevitably pushes the policy decisions into an opaque space, where industry and other lobbies find it easier to force their way.

Setting these boundary conditions for a system design a priori is not a natural exercise for politicians, as talking about trade-offs is not an easy task. The public expects to minimize compromise. In Spanish there’s an expression for the ideal product: “bueno, bonito y barato” (good, beautiful and cheap) and it is almost synonymous to utopia.

But ignoring the boundaries of reality when adopting a strategy might be more painful down the road than it is rolling up the sleeves and embarking on a conscientious discussion in the first place.

As behavioral sciences are being deployed to support complex human interactions ranging from market dynamics to policy making and politics, energy professionals also need to think more of how cognitive biases are affecting our industry.

The avoidance of conflict described above can be characterized by the so called “ostrich bias” (discarding uncomfortable information, similarly to an ostrich digging its head into the sand as if by not seeing a threat it would disappear).

There are many frequent decision-making and behavioral biases that can be observed in relation to the Texas crisis, that seem to be clouding stakeholders and public judgement. Not only the posts in social media, as expected, but also institutional statements coming from senior officials provide many examples.

Discarding information (the still minor share of wind energy in Texas energy mix and the factually higher impact from natural gas supply disruption) in order to confirm one’s own beliefs (in this case in favor of fossil fuels) is a textbook case.

Confirmation biases go then beyond energy choices to validate perceptions of who are villains and heroes according to one’s affiliations. Polarized societies nurture confirmation bias.

Another typical bias is the Outcome bias: to judge a decision by its outcome instead of based on its quality. If the decision to not winterize certain equipment was sound in terms of risk tolerance and costs, it is still sound when an undesired or even extreme event hits, as it means its probability has been assessed but not considered a design condition.

Or the contrary decision, to spend more on resilience, was the right one and had to be defended at investment time with the same passion as the blame is voiced today. Of course, there is always political credit to be gained when things turn badly and hence failures are usually opportunistically stressed instead of being judged against the original decision criteria. So, outcome bias is also nurtured in the public debate.

Thinking more broadly about decision biases, especially relevant at times of technology disruption and energy transition, is a whole category described in the context of Prospect Theory. This theory asserts that it is natural to be attached to the status quo, to justify the incumbent system and to be averse to dispose of assets that decline in value.

No doubt, financial write-offs are not without certain embarrassment. ESG (Environmental, Social and Governance) standards set by regulators and institutional investors are increasingly challenging this tendency towards irrational choices and forcing decision makers to rigorously reassess portfolios and overcome inertia in order to fulfill their fiduciary duties. Black Rock’s Larry Fink’s 2021 letter to CEOs is, in essence, focused on the ostrich taking its head out of the sand.

It seems like a lost battle pointing to the irrationality of human behavior, as this (in comparative terms) short energy crisis in Texas is not a first of its kind and similar conclusions have been drawn in the past, but there are arguably better scientific resources to be tapped for addressing old challenges.

To counterbalance populism and tribal behavior, energy professionals in the public and private spheres should raise their awareness and increasingly draw upon neuroscientific based approaches. These approaches will provide deeper engagement across a complex set of stakeholders and more effective communication with regards to realistic options available to solve critical problems – climate change at the top of the list- and understanding their implied trade-offs.

Elections in many countries of the hemisphere, the pressure from post COVID economies, and the highly uncertain energy markets set a challenging scene that can be taken over by tribal crossfire or can open up a space for much needed informed and consensus building strategic dialogue.

Is there hope for honest public debates leading to quality policy choices? If not, we should expect not just blackouts but much bigger disruptions ahead.