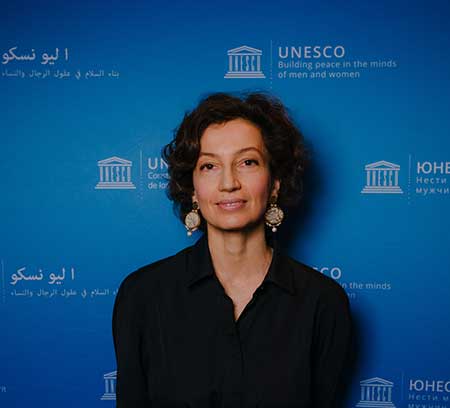 PARIS and REYKJAVIK, Mar 5 2021 (IPS) - International Women’s Day pays tribute to the achievements of women worldwide and reminds us what still needs to be done for full gender equality. In 2021, we are taking stock of the many ways in which COVID-19 has disproportionately affected women and girls around the world.

The pandemic has created a new landscape. Although women have played a key role in responding to the crisis, gender inequalities have widened across the board. In education, 767 million women and girls were impacted by school closures. Eleven million may never return to class, joining the 132 million already out of school before the crisis struck. From the economic perspective, the recession is pushing 47 million more women and girls into poverty, destroying their economic independence and making them more vulnerable to gender-based discrimination and violence.

As we look at this landscape, we have to ask ourselves: if gender equality is our goal, what kind of leadership will the world need moving forward?

It is not enough to just count the number of women in the highest positions of power. No single person at the top of the pyramid can repair the damage being done to the progress that has been made in gender equality since the world adopted the Beijing Declaration on women’s rights 25 years ago.

What we need are leaders for gender equality – and we need them everywhere in our societal structures. Leaders of all ages, all gender identities and from all backgrounds. These leaders are not just agents of change, but designers of change. They lead through their example and engagement. They expose injustices and unequal opportunities. They know that gender inequalities stem from discrimination and exclusion and that it is only by lifting these barriers that real change can happen. This is feminist leadership. Feminist leaders tackle power structures. They name and deconstruct all forms of exclusion and marginalization. They empathize with the vulnerable and voiceless, and champion their causes. They open new doors and take risks, courageously blowing the whistle on hidden injustice, and unmasking structural barriers perpetuating inequalities. They are all around us. Be it the activist defending an indigenous community, the schoolgirl mobilizing her generation to save the climate, or the poet raising her voice to promote social justice.

Feminist leaders have the courage to create, report, educate, experiment. Think about Azata Soro, actress, film director and producer who broke her silence on sexual harassment and violence in the African film industry. Think about Maria Ressa, risking jail for her brave investigative journalism. Think about Yande Banda, a tireless advocate for girls’ education in Zambia and beyond. Think about Katalin Karikó, who overcame the many challenges faced by women in science and was instrumental in developing the Pfizer-BioNTech coronavirus vaccine. As stories like these become known, they challenge people’s intimate convictions of what is achievable and by whom. These women are, in all their diversity, feminist leaders.

However, feminist leadership is not the prerogative of women alone. Gender equality isn’t just a women’s fight, it’s a fight for social justice. Men also need to be involved in the construction of a fairer society. Many of them are showing the way. The Congolese gynecologist, Dr Denis Mukwege, won a Nobel Peace Prize for his advocacy to stop rape from being used as a ‘strategy of war’. And there are many others like him, all over the world.

On this International Women’s Day, we stand committed to building future generations of feminist leaders through education. We support women who dare to create and do what is necessary to prevent them from censorship and attacks. We call on the international community to ensure the safety of women journalists who address gender inequalities through their reporting. We also stand side by side with men who dare to care and reject toxic masculinities and behaviours and open up spaces for women to influence decision-making or participate in scientific discovery and innovation.

Let us support these feminist leaders, from all walks of life. Let us take action so that women can affirm their leadership and be powerful role models for generations to come. Because gender equality not only serves to advance the cause of women – a fairer society benefits us all.

Audrey Azoulay is Director-General of UNESCO and Katrín Jakobsdóttir is Prime Minister of Iceland.