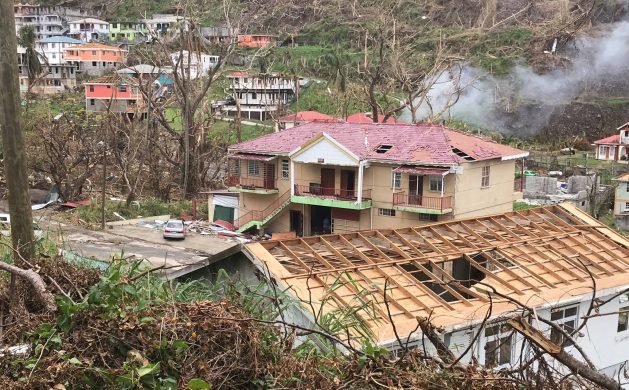 Wallhouse, Dominica, 2017, a few days after Category 5 Hurricane Maria struck the island. At the Latin America and the Caribbean Climate Week the Dominican Republic called for a consolidated regional vision in the face of climate change that would bring a strong regional position to COP26. Credit: Alison Kentish/IPS

UNITED NATIONS, May 13 2021 (IPS) - The Dominican Republic opened the 2021 virtual Latin America and the Caribbean Climate Week with a pledge to increase the country’s climate ambition by reducing its greenhouse gas emissions by 27 percent and maintaining progress towards climate neutrality according to the goals of the Paris Agreement.

“For us, climate action is not just about mitigation. We need to prepare for what is coming. We especially welcome this Latin America and Caribbean Climate Week. Let’s consolidate a regional vision in the face of climate change and bring a strong regional position to COP26,” said Dominican Republic’s Environment and Natural Resources Minister Orlando Jorge Mera.

Jorge’s emissions announcement and call to action come as the United Nations is urging countries to put climate action and sustainable development at the center of COVID-19 pandemic recovery efforts.

Executive Secretary of the UN Framework Convention on Climate Change (UNFCCC) Patricia Espinosa said the May 11 to 14 Climate Week is an opportunity to face the sobering reality that current ambition and action levels are insufficient to tackle the climate crisis.

“Despite all the evidence, the numbers, statistics, human misery, nations have not yet moved the Paris Agreement from adoption to implementation, nor have they fulfilled commitments under it,” she told the opening ceremony.

This year’s Latin America and the Caribbean Climate week is taking place six months ahead of the 26th UN Climate Change Conference of the Parties (COP26) in Glasgow. The organisers are hoping that the regional talks end with a commitment to put accelerated climate action at the heart of COVID-19 recovery efforts.

The event’s backdrop is a grim one. It includes the findings of the UN Environment Programme (UNEP) Adaptation Gap Report released earlier this year, which concluded that the world is lagging far behind in adaptation to climate change, finance and implementation.

As countries continue to deal with the ravages of the COVID-19 pandemic, the World Meteorological Organisation recently published its State of the Global Climate Report, which found that concentrations of the major greenhouse gases increased, despite a temporary reduction in emissions in 2020, due to COVID-19 containment measures.

The report also noted that 2020 was one of three warmest years on record.

It is against these reports that the UNFCC says this week’s talks are taking place at a time of ‘great urgency.’ 2021 is regarded as a historic year for climate action and the Caribbean, with its small island states, warming ocean temperatures and increasingly intense storms, is on the frontlines of the climate emergency.

“This is the year we either lose sight of the Paris targets, or it is the year we start implementing the Paris Agreement. It is our opportunity to increase global climate ambition in COVID-19 recovery and kick-start a decade of action,” a UNFCC statement said.

Organisers are hoping to amplify the Latin American and Caribbean youth voice on climate action and convened a special event focused on helping young people to take a leading role in climate advocacy. 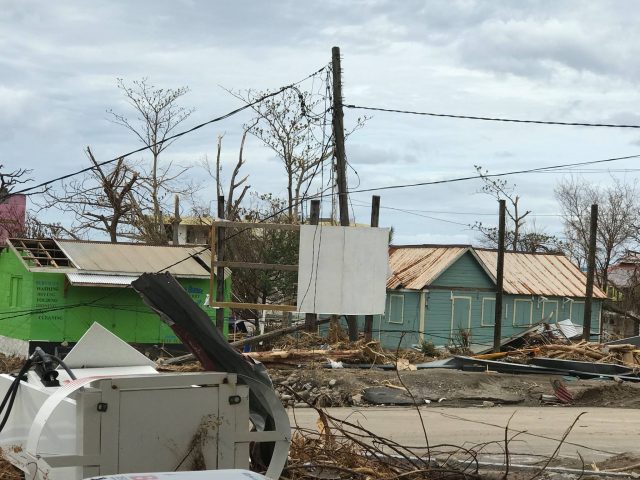 “I always emphasise on the need for youth led-entities particularly in our Small Island Developing States to use their collective strength, building partnerships across the region, to facilitate great knowledge exchange and resource sharing which can contribute towards scaling up youth capacity building initiatives,” he told IPS.

“Going forward, I believe there is still a need for an increase in dedicated resource facilities both at the national and sub-regional level which are easily accessible for grassroots youth-led entities, that they can use in strengthening the capacity of young people from all walks of life, in line with the Sustainable Development Agenda of ‘Leaving no-one behind.’”

Henry, a youth award winner for his work in climate change and sustainable development, said he is pleased with the increasing inclusion of youth in climate solutions.

“I have seen the steady growth of youth involvement in climate action at the national and regional level. It is due to such increased youth action I can say with Saint Lucia’s recent submission of its updated NDCs, not only as young people we were engaged in the revision process, but also in this submission the Children/Youth component of the NDC has been strengthened,” he told IPS.

Like the UN officials at this week’s summit, Henry said there is room for improvement, particularly in holding governments accountable to climate commitments between 2021-2030.

“Until such time that the climate crisis is a staple in the minds and discussions of all young people like with the COVID19 pandemic, there will still be a need for improving our national and regional youth climate movement,” he said.

The UNFCC said this regional meeting is an opportunity for ‘grassroots exchange’ among youth, government, civil society and the business community, to contribute to COP26.

The message is that the time for a surge in action is now.

“You cannot measure climate change by numbers, statistics and economics alone. Its true impact is measured in human misery, loss and death. Nor can numbers capture the growing sense of fear and anxiety from people throughout the world who know that climate change is not some future challenge, but a problem that their leaders are simply not working hard enough to address today,” said Espinosa.

The organisers will convene two more regional climate talks ahead of COP26.

Asia-Pacific Climate Week is scheduled for Jul. 6 to 9, while Africa Climate Week will take place from Jul. 19 to 22.