The writer is a Research Analyst at Stimson Center

WASHINGTON DC, Jul 20 2021 (IPS) - The UN Secretary-General’s forthcoming “Our Common Agenda” report, to be released before this year’s UN General Assembly High-Level Week, is expected to offer ambitious recommendations to accelerate the realization of the UN75 Declaration as the world comes to grips with the COVID-19 pandemic. 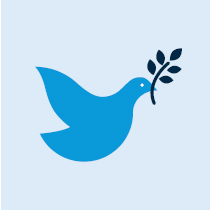 While the report’s ideas are still undisclosed, three notions are likely to represent conceptual building blocks: a “new social contract,” a “new global deal,” and “networked and inclusive multilateralism” have each permeated current high-level discussions at the United Nations, especially in speeches of UN Secretary-General António Guterres.

While these three concepts are not mentioned explicitly in the UN75 Declaration, they are implicit in the framing of the declaration’s twelve commitments. Building on perspectives from past and present scholars, world leaders, policymakers, and practitioners, these powerful notions are each unpacked in Stimson Center’s recent report, “Beyond UN75: A Roadmap for Inclusive, Networked, and Effective Global Governance.”

Critics, including the United Nations, argue that the present state of the social contract is outdated and incapable of meeting the needs and challenges of the twenty-first century. The UN Secretary-General himself emphasized that a new social contract is “an opportunity to build back a more equal and sustainable world” from COVID-19.

A new, modernized social contract could, indeed, help advance a more just post-COVID-19 recovery and economic policies that consider the realization of human rights as an end in itself—rather than as one more channel to achieve high economic growth levels under outdated metrics.

It could include a global political commitment to securing social protection floors and universal access to educational systems, among other initiatives that seek to respond to the major economic, technological, and societal shifts now underway.

Similarly, an equitable, resilient, and sustainable social contract should rebuild people’s trust in governance institutions. Trust is a prerequisite that offers legitimacy to those governing, and it permits the existence of a contract in the first place.

With the “new social contract” being the vision and long-term goal for weaving a new normative fiber binding states and peoples together, the world also needs a more operational “new global deal.”

This echoes long-standing discussions about representativeness in the current system of global governance, considering, for example, the distribution of special drawing rights at the International Monetary Fund, which gives the United States a blocking minority share, or the setup of the Security Council with its five permanent, veto-wielding powers and ten non-permanent members.

Resource redistribution and redirection also need to be seen in light of calls for a “green recovery” from the COVID-19 pandemic and of the need to recalibrate the 2030 Sustainable Development Agenda.

Advancing a new social contract and new global deal further require a more networked and inclusive multilateralism. This would entail a paradigm shift from the state-centric international world order to one where myriad actors, beyond nation-states (especially traditional major powers), can collaboratively share and implement solutions to complex problems.

Delivering the future we want will not come from “polarized member states or politicized UN secretariats.” It will result from collaborations between international civil servants, Member States, and progressive networks of non-state actors—including scholars, academics, media, businesses, philanthropies, and other stakeholders.

For instance, the Call for Inclusive Global Governance, released in April 2021 and endorsed by over 150 civil society organizations worldwide, provides three recommendations for promoting greater inclusion and participation of civil society at the UN: first, the creation of a formal instrument—a World Citizens’ Initiative—to enable individual citizens to influence the UN’s work; second, a UN Parliamentary Assembly to allow for the inclusion of elected representatives in agenda-setting and decision-making at the UN; and third, the appointment of a UN Civil Society Envoy to support greater civil society engagement at the UN.

Networked and inclusive multilateralism, going beyond classic intergovernmentalism, provides a platform and framework to carry out a new global deal (operational plan) in the service of establishing a new social contract (vision).

What is needed now is enlightened leadership, combined with a well-designed strategy for reform for channeling these ideas in support of a more interlinked and participatory global governance system.

Guided by these three powerful concepts, the Secretary-General’s “Our Common Agenda” can generate political momentum for a potential 2023 World Summit on Inclusive Global Governance for truly innovating the United Nations system to keep pace with present and future challenges and opportunities.

The 75th anniversary of the United Nations was believed to be a moment for laying the foundations for a new kind of multilateralism. Although the adoption of the UN75 Declaration represents an important milestone, its vision is yet to be matched by a commensurate global plan for action.

Bouncing back now from the COVID-19 pandemic presents an opportunity to also rebuild a global system that can help all nations and peoples effectively overcome current global inequalities, injustices, and insecurity. It is incumbent on all of us to make 2021 a turning point for multilateralism.