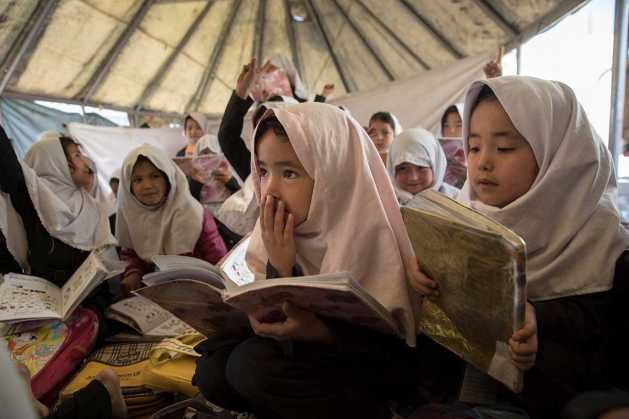 South Asian countries are grappling with the erosion of democratic norms, growing authoritarianism, the crackdown on freedom of press, speech and dissent, a report by Human Rights Watch says. Credit: 2017 Paula Bronstein for Human Rights Watch

New Delhi, Jan 21 2022 (IPS) - As countries across South Asia continue to battle the deadly Covid-19 pandemic, causing serious public health and economic crisis, this region, which is home to almost 2 billion people, is also grappling with the erosion of democratic norms, growing authoritarianism, the crackdown on freedom of press, speech and dissent.

Despite the committed efforts of human rights defenders across South Asia, achieving human rights objectives remains a challenging task. Almost all countries in the region – Afghanistan, Bangladesh, India, Nepal, Pakistan and Sri Lanka – face a common trend of human rights violations and a culture of impunity.

In Afghanistan, the Taliban rule has had a devastating impact on the lives of Afghan women, girls, journalists and human rights defenders. “The crisis for women and girls in Afghanistan is escalating with no end in sight. Taliban policies have rapidly turned many women and girls into virtual prisoners in their homes, depriving the country of one of its most precious resources, the skills and talents of the female half of the populations,” said Heather Barr, associate women’s rights director at Human Rights Watch in this report.

This report states, “the Taliban’s return to power has made members of some ethnic and religious minorities feel more vulnerable to threats even from those not affiliated with the Taliban. Taliban authorities have also used intimidation to extract money, food, and services. Fighting has mostly ended in the country, but people expressed fear of violence and arbitrary arrests by the Taliban and lack of the rule of law and reported increased crime in some areas.”

A group of three dozen Human Rights Council appointed experts in this report said, “waves of measures such as barring women from returning to their jobs, requiring a male relative to accompany them in public spaces, prohibiting women from using public transport on their own, as well as imposing a strict dress code on women and girls. Taken together, these policies constitute a collective punishment of women and girls, grounded in gender-based bias and harmful practices.”

The UN high commissioner for human rights, Michelle Bachelet, has urged the UN security council to hold all perpetrators of human rights violations accountable, “I ask the security council to ensure that the perpetrators of these violations are accountable, I ask all states to use their influence with the Taliban to encourage respect for fundamental human rights. Denial of the fundamental rights of women and girls is massively damaging to the economy and the country as a whole,” Bachelet said.

The Taliban victory propelled Afghanistan “from humanitarian crisis to catastrophe”, with millions of Afghans facing severe food insecurity due to lost income, cash shortages, and rising food costs. Afghan refugees constitute one of the world’s largest refugees population, with more than 2.2 million refugees. “Afghanistan’s displacement crisis is one of the largest and most protracted in UNHCR’s seven-decade history,” says UN High Commissioner for Refugees Filippo Grandi.

While Bangladesh, despite making economic progress and getting upgraded by the United Nations from the category of least developed country to developing country last November, the country continues to be in the news for enforced disappearances, abductions, torture and extrajudicial killings by its security forces with impunity.

As many as 600 people, including opposition leaders, activists, journalists, business people, and others, have been subjected to enforced disappearance since 2009. In this report, Dhaka–based rights organization Odhikar said that “some of the disappeared persons resurfaced in government’s custody after being arrested under the draconian Digital Security Act 2018.”

“Human rights defenders, journalists, and others critical of the government continue to be targeted with surveillance, politically motivated charges and arbitrary detention,” says this report. Earlier in November 2021, the United States slapped sanctions on elite Bangladeshi paramilitary force, Rapid Action Battalion (RAB), stating it threatens US national security interests by undermining the rule of law and respect for human rights and fundamental freedoms, and the economic prosperity of the people of Bangladesh. Bangladesh is the only South Asian country other than Afghanistan to receive US sanctions since 1998.

In 2021, Prime Minister Narendra Modi’s government in India was downgraded from a free democracy to a “partially free democracy” by global political rights and liberties US-based nonprofit Freedom House. Following this, a Sweden based V-Dem institute said, India had become an “electoral autocracy”. The country has slid from No. 35 in 2006 to No. 53 today on The Economist’s list.

In its World Report 2022, Human Rights Watch said, “Indian authorities intensified their crackdown on activists, journalists, and other critics of the government using politically motivated prosecutions in 2021. “Attacks against religious minorities were carried out with impunity under the Bharatiya Janata Party (BJP)-led Hindu nationalist government.”

Indian authorities have continued to press charges against students, activities, journalists, including counter-terrorism and sedition laws. To undermine rights to privacy and freedom of expression, reports of Pegasus spyware, developed and sold by Israeli company NSO group, were used to target Indian human rights defenders, journalists, and opposition politicians.

The ongoing harassment of journalists, including particularly those reporting from and in Kashmir, including the recent crackdown on Kashmir’s independent press club being shut down, arbitrary detention of journalists, alleged custodial killings, and a broader pattern of systematic infringement of fundamental rights used against the local population,” the report said.

According to this report, calls for genocide have become more common than ever, “where Hindu extremists organized 12 events over 24 months in four states, calling for genocide of Muslims, attacks on Christian minority and insurrection against the government. In this interview, the founding president of Genocide Watch, has warned: “Genocide could very well happen in India.”

In Nepal, lack of effective government leadership, inadequate and unequal access to health care, and a ‘pervasive culture of impunity’ continue to undermine the country’s fundamental human rights. “A lack of effective government leadership in Nepal means that little is done to uphold citizens’ rights, leaving millions to fend for themselves without adequate services such as for health or education, said Meenakshi Ganguly, South Asia director, Human Rights Watch.

“Systemic impunity for human rights abuses extends to ongoing violations, undermining the principles of accountability and the rule of law in post-conflict Nepal. The report states that the authorities routinely fail to investigate or prosecute killings or torture allegedly carried by security forces,” the report states.

Along with this, the situation of women’s and girls’ human rights continues to be alarming in the country. According to this report, Nepal has the highest rate of child marriages in Asia, with 33 percent of girls marrying before 18 years and 8 percent by 15. Reports also indicate there has been an increase in cases of rape in 2021, with widespread impunity for sexual violence.

Patriarchal Citizenship Law in Nepal which does not treat men and women equally, has been criticized for undermining Nepali women’s identities and agency, subordinating them to the position of second-class citizens – also impacting children.

“Pakistan failed to enact a law criminalizing torture despite Pakistan’s obligation to do so under the Convention against Torture,” the report said.  The country’s regressive blasphemy law provides a pretext for violence against religious minorities, leaving them vulnerable to arbitrary arrests and prosecution.

According to this report by Human Rights Without Frontiers, 1,865 people have been charged with blasphemy laws, with a significant spike in 2020, when 200 cases were registered.

The continued attack on journalists and activists for violations of the Electronic Crimes Act, the use of the National Accountability Bureau (NAB), an anti-corruption agency to target critics, attacks and well-coordinated campaigns and attacks on women journalists on social media, and reported intimidation of nongovernmental organizations, including harassment and surveillance are all crackdowns which are only getting worse.

The report highlights the harassment of security forces towards human rights defenders, journalists, lawyers and the families of victims of past abuses and suppression of peaceful protests. As covid-19 cases surged in the country, military-controlled response to the pandemic “led to serious right violations”.

A major concern from the minority Muslim and Christian communities in Sri Lanka was the government’s order not to allow the bodies of Covid victims to be buried. According to this report, “several bodies were forcibly cremated, despite experts saying that bodies could be buried with proper safety measures.” This order, which rights activists said was intended to target minorities and did not respect religions, after much criticism was reversed.

A leading British religious freedom advocacy group, CSW, in its report titled, “A Nation Divided: The state of freedom of religious or belief in Sri Lanka,” said the Muslim community experiences “severe” religious freedom violations. A key factor in the violations is the perception by Sinhalese-Buddhist nationalists that Muslims are a threat to both Buddhism and the Sinhalese. The report also noted attempts to “reduce the visibility of Islam through the destruction of mosques and restrictive stances on religious clothing.