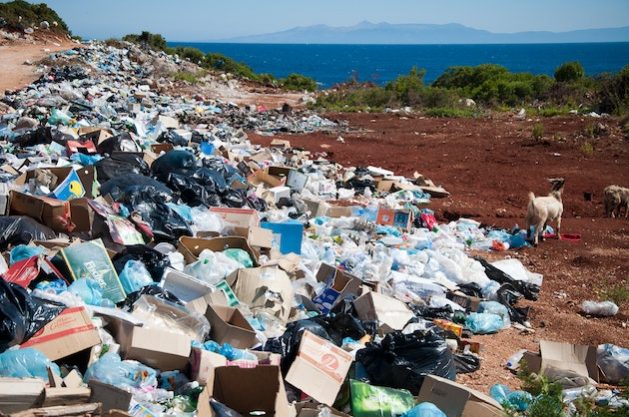 “For example, in March 2020, amid potential hygiene concerns, some major coffee chains paused filling reusable containers in favour of single-use receptacles,” he said. “We also saw many regulators around the world pausing or delaying bans, taxes, or fees on plastic items as well as recycling initiatives in response to sanitary and hygiene concerns.”

He added that some such measures included a pushback against the use of single-use plastic straws, stirrers, and cotton buds in the United Kingdom; meanwhile, the United States saw more than 100 cities halting curbside recycling programmes.

Lindebjerg, WWF’s Global Plastics Policy Manager, spoke with IPS as more than 70 business and financial institutions produced a statement demanding a legally binding treaty to address plastic pollution, ahead of February’s UNEA-5.2, which will be a continuation of UNEA-5.1, which took place in February 2021.

“We need to create proper systems for controlling and regulating plastic pollution, at local, national and global levels,” Lindebjerg said. “Governments need to cooperate and step up their game drastically.”

Eirik Lindebjerg (EL): A “whole life cycle of plastics” approach addresses all the potential risks of plastic pollution at each life cycle stage, from the extraction of raw materials to processing materials into plastic and its end-of-life management. Essentially, it is about introducing measures to stop plastic pollution at the stages where it is most efficient, instead of only focusing on high-cost infrastructure to clean up the problem afterwards.

A lifecycle approach would entail a mix of the measures, such as banning certain unnecessary and highly damaging product categories (like certain types of single-use plastics and intentionally added microplastics), product and design standards (to make sure a product produced in one country can be safely reused or recycled in another), as well as global requirements on waste management. Essentially, enabling better regulation of how we make, use and reuse plastic.

A new treaty should include all relevant measures necessary to solve the problem along the entire lifecycle and prioritise those most effective and least costly measures.

Categories of measure in the treaty could be:

IPS: How would a ‘circular economy for plastics’, as mentioned in the statement, add to the efforts to tackle climate change?

EL: Plastic is responsible for generating 1.8 billion tonnes of greenhouse gas (GHG) emissions a year across its lifecycle. That is more than the annual emissions from aviation and shipping combined. A circular economy for plastics would mean significant GHG emission reduction related to plastic pollution and virgin plastic production.

It would ultimately mean that all plastics used stays within the economy. It would mean zero virgin fossil fuel plastic production and zero leakage to the environment. It would most likely entail a reduction of plastics consumption, especially the unnecessary uses that are so common today. It would be built around reuse and recycling. New business models would create new job opportunities. Biodiversity would benefit both from eliminating pollution and reducing the footprint from production and consumption.

Such an approach can potentially reduce the costs and tackle the negative impacts of the plastics system. Research has shown that this approach could reduce the annual volume of plastic entering the oceans by 80 percent and GHG emissions from plastic by 25 percent, while promoting job creation and better working conditions. By one estimate, a circular economy approach could create 700,000 quality jobs across the plastic value chain by 2040. An increase in plastic material value through design for recycling can also lead to significant improvements in waste pickers’ working conditions and earnings.

IPS: Could you share in detail how to ‘keep plastics in the economy and out of the environment’?

EL: The Reduce-Reuse-Recycle hierarchy must guide policies, production, and consumption practices. We must stop producing and consuming unnecessary plastic products and packaging. Plastic products must be designed for being reused or recycled. And producers must be made accountable for the end of life of the products.

Today, most plastic products are being designed with the intention of becoming waste at the end of life. But when the right incentives are put in place, there are a lot of examples demonstrating that it is perfectly possible to have a more circular system, such as deposit return systems for PET bottles in many countries.

IPS: There is considerable evidence that climate change and environmental pollution disproportionately affect marginalised communities. How does it work for communities where plastic is just a cost-effective alternative for many objects?

Incineration plants and oil and gas refineries are built predominantly in low-income and marginalised communities exposing them to health and economic risks. In addition, incinerators and landfills are disproportionately situated in indigenous communities because their lands have unclear tenure status. Crude oil and gas refineries are also disproportionately built in low-income and marginalised communities. This exposes these communities to chemical pollutants released during the incineration and refining processes.

IPS: Of the countries that have not yet backed this new treaty, which ones are crucial in the global economy? How do you plan to get them to participate?

EL: China is the largest economic actor that has not yet formally expressed support for the treaty but has expressed an openness to engage in negotiations through a recent declaration from trade ministers at the World Trade Organisation and has engaged progressively on the issue at a global level regarding plastic waste trade. Therefore, it is likely that China will support a mandate decision at UNEA and play an essential role in the treaty negotiations.