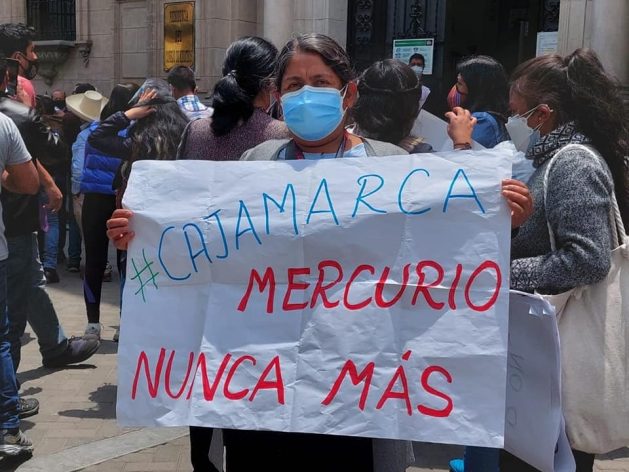 Juana Martínez takes part in an October 2021 protest in Lima organized by the platform of people affected by heavy metals in front of Congress, holding a sign that reads: "Cajamarca. Mercury Never Again". She was 29 years old when the mercury spill occurred in her town, Choropampa, in Peru’s northern Andes highlands. Several of her relatives have since died from the effects of the heavy metal and one of her sisters became sterile. CREDIT: Courtesy of Milagros Pérez

LIMA, Jun 3 2022 (IPS) - “We are not asking for money, but for our health, for a dignified life,” is the cry of the people of Choropampa, which lawyer Milagros Pérez continually hears 22 years after the environmental disaster that occurred in this town in the department of Cajamarca, in Peru´s northern Andes highlands, on the afternoon of Jun. 2, 2000.

On that day, a Yanacocha Mining company truck spilled 150 kilograms of mercury on its way to Lima, the capital, leaving a glowing trail for about 40 kilometers on the road that crosses Choropampa, a town of 2,700 people located at an altitude of almost 3,000 meters.

The company, 95 percent of which is owned by a U.S. corporation, set up shop there in 1993, 48 kilometers north of the city of Cajamarca, where it operates between 3,400 and 4,200 meters above sea level. Yanacocha (black lagoon in the Quechua indigenous language) is considered the largest gold mine in South America and the second largest in the world, although its production is declining.

Children and most of the population started collecting the shiny droplets scattered on the ground and in the following days, responding to a call from the mining company that announced that it would purchase the material, they picked it up with their own hands, unaware of its high toxicity and that this exposure would affect them for life.

Before the disaster, the town was known for its varied agricultural production which, together with trade and livestock, allowed the impoverished inhabitants of Choropampa to get by as subsistence farmers.

But their poverty grew after the mercury spill, in the face of the indifference of the authorities and the mining company, which never acknowledged the magnitude of the damage caused. 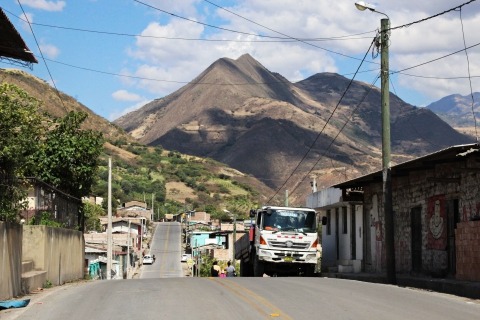 The Choropampa road, now paved, where a truck of a large gold mining company spilled mercury on Jun. 2, 2000, affecting this small town in the department of Cajamarca, in Peru’s northern Andes highlands. The only change since then has been the paving of the road. CREDIT: Grufides

A report, also from the year 2000, by the Ombudsperson’s Office concluded that of the total mercury spilled, 49.1 kilos were recovered, while 17.4 remained in the soil, 21.2 evaporated, and the whereabouts of 63.3 were not identified.

The autonomous government agency also questioned the actions of the authorities and the mining company, referring for example to the extrajudicial agreements they reached with some of the affected local residents, which included clauses prohibiting them from filing any complaint or lawsuit against the company, and which “violate the rights to due process and effective judicial protection of those affected.”

Twenty-two years after the incident, Choropampa’s demands for reparations and access to justice are still being ignored. Pérez, a lawyer with the non-governmental Information and Intervention Group for Sustainable Development (Grufides), based in Cajamarca, said in an interview with IPS that the effects on the local territory and people’s health are evident.

She explained that despite the attempt to hush up the incident, it received enough attention that then president Alberto Fujimori (1990-2000) was forced to promise “an investigation, punishment and reparations” – although these did not happen.

Against a backdrop of poverty and lack of opportunities, the mining company took advantage of the local residents’ goodwill and reached compensation agreements with some of them in exchange for their silence. There were also collective reparation agreements such as the construction of a town square, but nothing that actually contributed to remedying and addressing the damage caused to the people, say experts and activists.

For instance, the mining company committed to a private health plan for the people who were affected by the disaster, but it ended up being “a sham,” she said.

“They give them pills for the pain and nothing more, to people affected by mercury, while every day it becomes more difficult for them to support their families as they suffer terrible loss of vision, decalcification, bone malformations, and permanent skin irritations, which make it impossible for them to work their land and lead the lives they had before,” said Pérez. 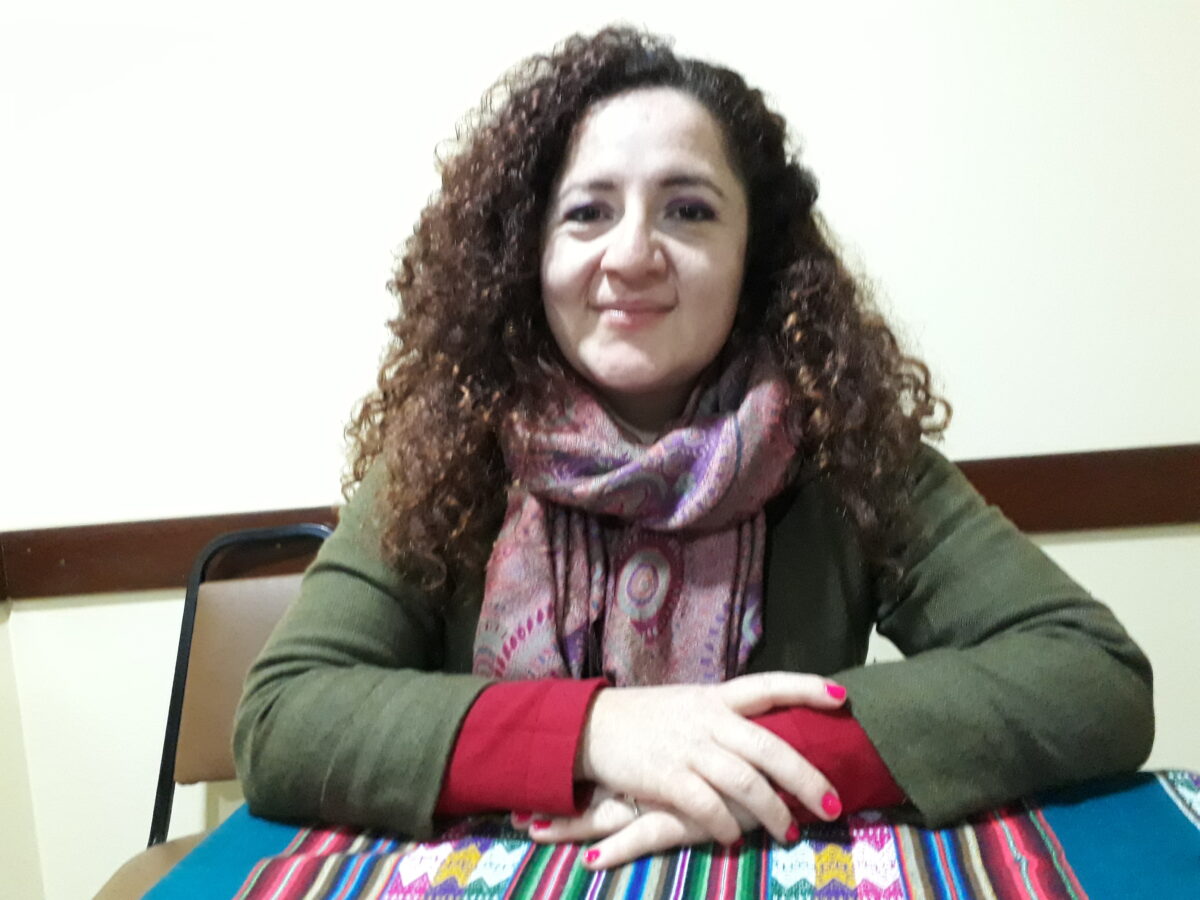 Lawyer Milagros Pérez, who is dedicated to fighting for the reparations demanded by the population of Choropampa after a mercury spill in 2000 by the Yanacocha Mining Company in this town in the northern Andean department of Cajamarca, Peru, which caused irreversible damage to their health and lives. CREDIT: Mariela Jara/IPS

The Grufides attorney stated that there is also an additional impact that has remained in the dark until now.

“Although the population in general has suffered damage to the corneas, nervous system, digestive system, skin, and bone malformations, we have noticed specific problems in women related to their reproductive capacity, such as premature births, miscarriages, sterility and births of infants with malformations, which have not been investigated,” she said.

Pérez criticized the fact that to date the affected population continues without specialized attention, with access only to a health post with a general practitioner and three nurses, who lack the capacity to deal with the specific ailments caused by contamination with heavy metals such as mercury.

“What the women are experiencing is part of this overall situation, effects that began in the year 2000 after the spill, according to the testimonies we have been collecting. But they need a specialized health diagnosis, something as basic as that, in order to begin to remedy the damage,” she said from Cajamarca, the capital of the department.

Pérez also mentioned the effects on women’s mental health and their role as caregivers, as a collateral aspect of this tragedy that has not yet been documented.

She cited the example of Juana Martínez, who is known for her defense of the rights of the local population and who for this reason has been threatened and slandered by unidentified persons.

“I tell her, Juanita, you don’t die because everyone needs you, that keeps you alive; because as a result of the contamination, her sister, her mother-in-law and her sister-in-law all died. There is a chain of contamination, the problem is much bigger and it affects different generations, but they don’t want to study it,” she said.

IPS tried to contact Martínez, but was unable to do so because she lives in a remote area far from the town, where there is no cell phone signal. 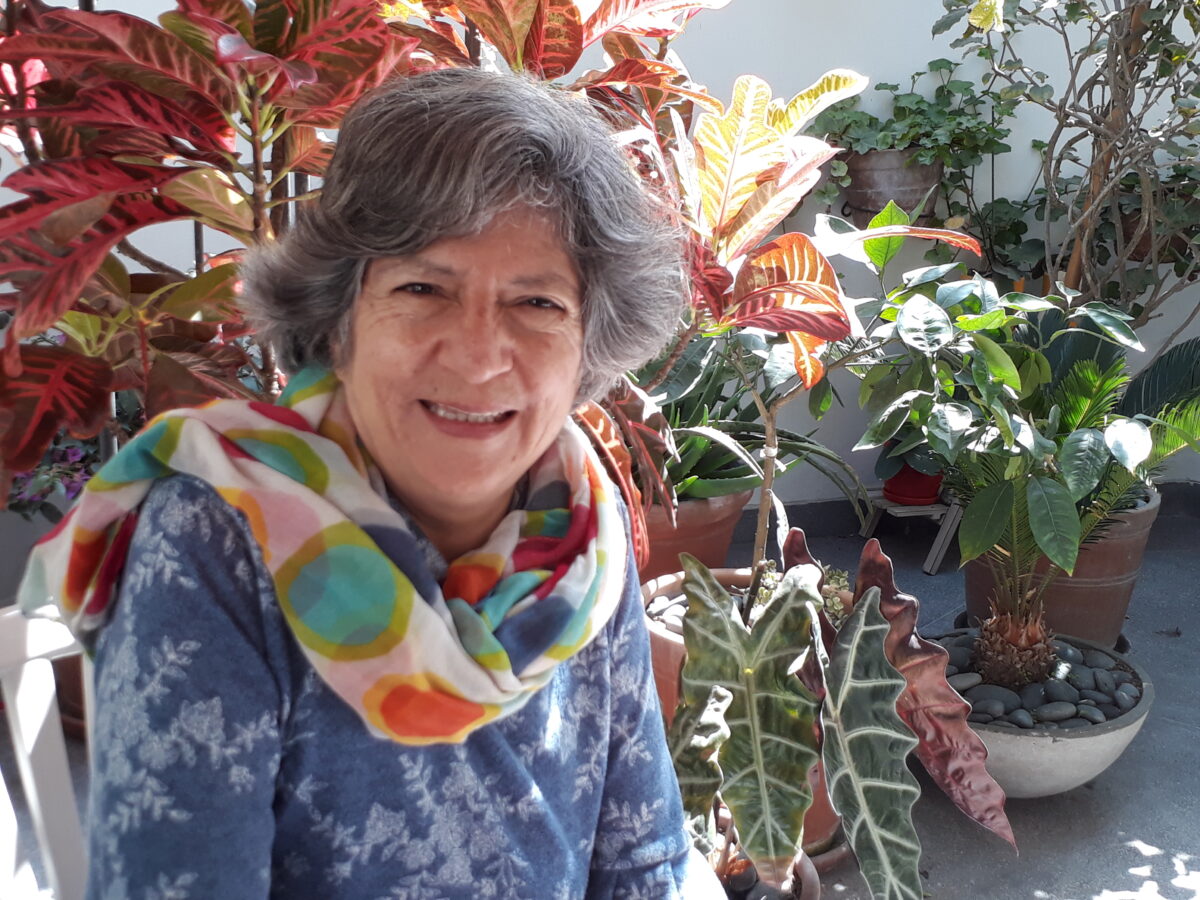 Denisse Chávez is an ecofeminist activist and member of the team promoting the Third International Tribunal for Justice and Defense of the Rights of Pan-Amazonian-Andean Women, to be held Jul. 30 in the city of Belem do Pará, Brazil, where the case of the women of Choropampa, whose health was affected by mercury contamination in 2000, will be presented. CREDIT: Mariela Jara/IPS

Getting their voices heard in an international ethical tribunal

Denisse Chávez, an ecofeminist activist, told IPS that the case of the women of Choropampa affected by the mercury spill will be among those presented at the Third International Tribunal for Justice and Defense of the Rights of Pan-Amazonian-Andean Women, to be held Jul. 30, 2022, in the city of Belem do Pará in Brazil’s Amazon region.

The tribunal is one of the emblematic activities to take place within the framework of the 10th Pan-Amazonian Social Forum, which under the slogan “weaving hope in the Amazon” will bring together for four days some 5,000 people from different countries of the Amazon basin interested in coordinating actions in defense of nature and the Amazon rainforest.

Chávez, a member of the group organizing the tribunal, which also includes feminist and human rights activists from Brazil, Ecuador, Colombia and Uruguay, denounced that the Peruvian State has failed to make the company compensate the damage caused to the local population or to make visible the specific impacts on women, in the past 22 years.

“Choropampa is an area far from the city and with a highly vulnerable population, with high rates of poverty and illiteracy. In more than two decades no government has been interested in solving the problems while the mining company continues to offer solutions on an individual basis, which is violent since money is offered so that people do not talk,” she added.

She said the tribunal will bring the case international visibility, like others from Brazil, Colombia and Ecuador, which “have in common the impact caused by extractive economic activities on the lives of our peoples and especially on the bodies of women, which is still not taken into account or discussed.”

The ethical, symbolic tribunal will issue a judgment specifying the violations of women’s human rights and the obligations incumbent upon States and corporate actors.

Chávez said the document would be sent to the Peruvian authorities, both in Cajamarca and at the national level. “We cannot allow impunity in the Choropampa case; we will continue to keep the memory of what happened alive,” she said.

In December last year, the Peruvian government approved the creation of a “Special Multisectoral Plan for the integral intervention in favor of the population exposed to heavy metals, metalloids and other toxic chemical substances”, which will include the different regions whose populations have been harmed by polluting activities.

Pérez pointed out that the government’s decision was the result of pressure from civil society and groups affected by heavy metals. But Choropampa has not been included in this first stage, despite the lasting impact on its population and soils.

“It is supposed to expand gradually but we will be closely watching the decisions that are taken because a protocol of attention and budgets for diagnostics must be elaborated,” she said.