STOCKHOLM, Sep 15 2022 (IPS) - Can a pitiless, offensive war waged against a sovereign state be justified? In my opinion the answer is an unequivocal “No!”. Ukraine has the right to defend itself against Russia’s reckless and extremely destructive invasion and EU’s support to a neighbouring country attacked by a superior enemy is definitely correct. However, several Latin American intellectuals and leaders are willing to accept Putin’s narrative, instead of Zelensky’s, namely that the war in Ukraine is actually a war between Russia and USA, which by stalling Russia’s and China’s ambitions intends to maintain its supremacy as a superpower, while using Ukraine as a pawn in its power game. 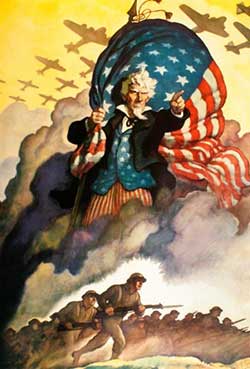 A common Latin American discourse is that even if Europeans have considered themselves to be a potential counterweight to USA’s, China’s and Russia’s attempts to dominate the world, they are now discarding that conviction by joining the US economic war on Russia. The European Union has given in to USA’s intent to obtain world supremacy. However, Europeans were not prepared for this kind of war and threatened by a harsh winter without Russian gas, EU’s unity and steadfastness are dwindling.

Many Latin Americans call attention to a Western narrative, which fuelled by US media for decades has avowed that USA, Great Britain and the EU are constituting a democratic bloc opposed to the authoritarian regimes of Russia and China. However, many Latin Americans state that this is “speaking with a forked tongue”, considering USA’s support to bloodthirsty and corrupt dictators in South American countries and several other nations around the world. Neither China, nor Russia, have in Latin America acted with such brutal self-interest as the US, which has crushed democratically elected governments, promoted coups d’états, as well as imposing commercial blockades and economic embargoes on regimes they have judged as “unfriendly”. However, such a view fails to notice that most of the countries subjected to the arbitrary will and open aggression of the United States seldom could count upon the support of other nations, like the one Ukraine now obtains from EU.

It is a fact that several Latin American countries suffered from US aggression and involvement in their domestic affairs, though this cannot be a reason for exonerating Russia from behaving in a similar manner. For many Europeans, Russian actions are worrying and it cannot be denied that for them Russia, and not the US, has for a long time constituted a menacing presence. While Great Britain, France, Spain, and later the US subjugated and exploited people by distending their empires across land and sea, Russia/Soviet Union did the same, though it was almost exclusively done across land. Its armies attacked and defeated several Tatarian Khanites, Siberian indigenous peoples, Georgia, Livonia, Estonia, Ingria, Finland, Crimea, Zaporizhzhia, Dagestan, Georgia, Azerbaijan, Armenia, Uzbekistan, Kyrgyzstan and Tajikistan, incorporating their territories with their growing Empire. Territory was also gained through warfare with the Ottoman Empire, Persia, Mongolia, China, the Polish-Lithuanian Commonwealth, and Sweden.

After World War II, the Soviet Union annexed Western Belarus, the Baltic states. Moldova, Karelia, Ruthenia, Tuva, East Prussia and the Kuril Islands. Furthermore, Soviet Union controlled so called “satellite states”, which even if they were formally independent had their politics, military, foreign and domestic policies almost entirely dominated by the arbitrariness of the Soviet Union – the People’s Republic of Bulgaria, the Czechoslovak Socialist Republic, the German Democratic Republic, the Hungarian People’s Republic, the Polish People’s Republic, as well as, until 1961, the People’s Socialist Republic of Albania, and until 1967, the Republic of Romania. In East Germany (1953), Hungary (1954) and Czechoslovakia (1968) popular uprisings were quenched by Soviet military. In all of these European nations local Soviet minions implemented repression, surveillance and censorship. Considering this history it is not surprising that most East Europeans, after getting rid of their Communist regimes and dependence on Russia joined NATO as soon as they could.

Like in USA, Russian “military operations” have been supported by various ideologists. The Communist International (Comintern) was in 1919 established by Lenin to spread revolution abroad. Before that, and up until now, jingoist ideas have been present in Russia and the Soviet Union. One example is the Euroasean Movement, stating that Russian culture is unique and admirable and ought to be the base for a national identity reflecting the particular geopolitical character of Great Russia, the origin of global civilization. This is an ideology that more recently has been asserted by ideologists like Aleksandr Dugin. A similar ideological strain is Russian Irredentism, claiming that all parts of former Russian and Soviet Empires ought to be incorporated with the current Russian state.

The US has its equivalents to Russia’s Euroasianism and Irredentism. One of them is the Neoconservative Movement. A political movement connected with the University of Chicago and established in the 1960:s by liberals disenchanted with pacifist, foreign policies and a growing New Left. Leading star was originally Leo Strauss (1899-1973), a professor of political science who declared that his academic topic could never be “objective”, it had to be based on a “value judgement”. According to him, “universal freedom” foments relativism, resulting either in brutal Fascist – and Communist dictatorships, or in its milder form “liberal democracy”. This concept Strauss described as a “permissive egalitarianism”, descendant of the 18th century Enlightenment, which eventually had destroyed traditions, history, ethics and moral standards, replacing them with an indulgent, lax and thoughtless hedonism. Several followers and colleagues of Leo Strauss have had, and still have, a great influence on US global policies and above all – militarism. Some examples:

The journalist Irving Kristol (1920 – 2009), who during the 1950:s and 1960:s was affiliated with the Congress for Cultural Freedom (CCF), a CIA-funded undercover organization promoting US culture all over the world. Fiercely opposed to the Soviet Union, CCF did in several countries finance cultural events and magazines. Kristol was the founder, editor, and contributor to some of these periodicals. According to him, Neoconservatism was not an ideology but a “persuasion”, a way of thinking inspired by supply-side economics, a prerequisite for the “survival of modern democracy”. The idea is that economic growth fostered by low taxes, decreasing regulations and free trade breed and support political and moral philosophy.

Another Strauss associate was Donald Kagan (1932-2021), a classicist who applied his knowledge of Ancient Greece to contemporary US foreign policy. Quoting Thucydides ( 460 – 400 BCE) Strauss demanded that Americans had to pay better attention to the concept of honour, which he equalled with prestige:

“Why do people go to war? Out of fear, honor, and interest.” Well, everybody knows interest, and fear is very credible. However, nobody takes honor seriously.

Kagan´s two sons, Robert and Frederick have become influential in US foreign policy and militarisation. Frederick W. Kagan is former professor of military history at the Military Academy at West Point, making an impact on powerful generals like David Petreaus, John Allen and Stanley McChrystal. Kagan insists that US foreign policies have to concentrate on military force, instead of diplomacy.

Under Hillary Clinton and John Kerry, Frederick Kagan served on the State Department’s Foreign Affairs Policy Board, while declaring that Russia and China are the greatest “challenge liberalism faces today”. He is married to Victoria Nuland, who was Deputy National Security Advisor to Vice President Dick Cheney and currently serves as Under Secretary of State for Political Affairs in the Biden administration. She is noted for her criticism of Russian policies and for being a strong believer in applying “US moralism” to the world stage. She asserts USA’s right to act alone to promote American-style democracy around the world. Furthermore, she often demonstrates a confidence in US military power and a certain distrust of international institutions.

Another influential Neocon is Paul Wolfowitz, Ph.D in political science from the University of Chicago. He served as U.S. Deputy Secretary of Defence and President of the World Bank. In 2002, he wrote a Defence Policy Guidance, calling for an extension of the “U.S.-led security network to Central and Eastern Europe,” including NATO, this in spite of promises given to Gorbachev.

While condemning Russia’s belligerent attempts at global hegemony it might be valid to consider US ideologies and intents in the same direction, resulting in the US having military bases in 85 countries, while Russia has military bases in 9 countries (Armenia, Belarus, Kazakhstan, Kyrgyzstan, Tajikistan, Moldova/Trasnistra, Georgia/Ossetia and Abkhazia, Ukraine/Crimea, and the Khmeimim base in Syria).