A Tale of Cities 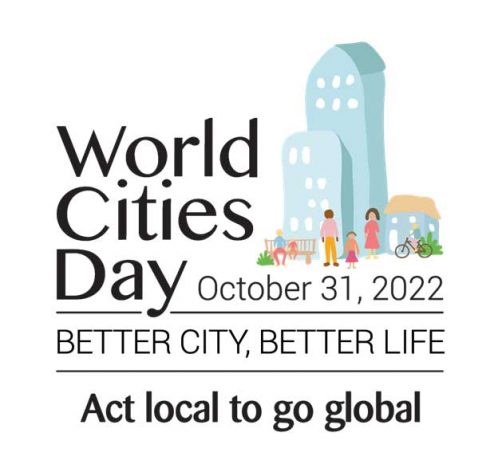 UNITED NATIONS, Oct 31 2022 (IPS) - For decades, urban practitioners have failed to consider the needs of women in city decision-making and planning. Imagine being a young girl in a bustling metropolis.

Every day she hesitates to go to school, tries different routes on the public bus, walks miles in the hot sun, to avoid the sexual harassment that has become a daily occurrence in public spaces.

Or if you are a restaurant worker or coffee shop server you worry after a late-night shift about the dark alleys and the steps down to the subway station not knowing if you will face an attacker tonight.

Or delay repeatedly going to the free Covid-19 vaccine clinic because it is far away from home, because of long lines, but most importantly because there are no public toilets there. For women and girls across the world, that is often their reality.

Barriers and vulnerabilities have worsened due to the global drivers of change such as climate change, rapid urbanisation, and conflict.

Approximately 4.5 billion people, or 55% of the world population, live in urban areas, and 50% of the world’s population is made up of women and girls.

The design and layout of cities and infrastructure have a significant impact on women’s life experiences and opportunities they can access.

In a world filled with multiple challenges it is easy to push this issue aside and say this is a problem only of a handful of cities, it doesn’t impact me. But data says otherwise. For instance, in New York City, women spend an average $26 to $50 extra on transport per month for safety reasons.

In Jordan, 47% of women surveyed had turned down a job opportunity citing affordability and availability of public transport, and public sexual harassment as key reasons. And evidence shows that during the pandemic, urban spaces became even more hostile for women and girls.

However, this is not inevitable; cities can become a welcoming, safe and equal playing field for all. That is why the new report Cities Alive: Designing Cities that Work for Women’ released last week is such a timely intervention.

Co-authored by UNDP, along with our partners Arup and the University of Liverpool it outlines a strong blueprint on how to remove the gender bias built into cities and improve women’s safety, their health, education and employment.

Drawing on the voices and experiences of women globally, as well as prevalent data and research, the new report focuses on four critical themes:

Enrichment and fulfilment– Providing accessible and inclusive workplaces and schools, providing safe and inclusive leisure and cultural spaces, designing for diverse and flexible use of public spaces and using the built environment to uplift women and recognize their history.

Focused on solutions, the report outlines to decision makers and urban practitioners the tools they need to move beyond dialogue to actively involving women at every stage of city design and planning – from inception to delivery.

Importantly, the report shows how increasing the participation of women in urban governance at all levels is a prerequisite for better functioning cities, with case studies of what is working from Bogota to Nairobi to San Francisco.

We know that achieving gender equity is pivotal to all the Sustainable Development Goals, agreed by world leaders in 2015. With a rapidly approaching deadline of 2030 for the Global Goals, ensuring our cities work for women and girls is a giant step forward in that direction.