Why Greta Thunberg Is Wrong to Boycott COP27

Her recent announcement that she will not attend COP27 is understandable, but we still hope she’ll reconsider. By Prof. Felix Dodds and Chris Spence. 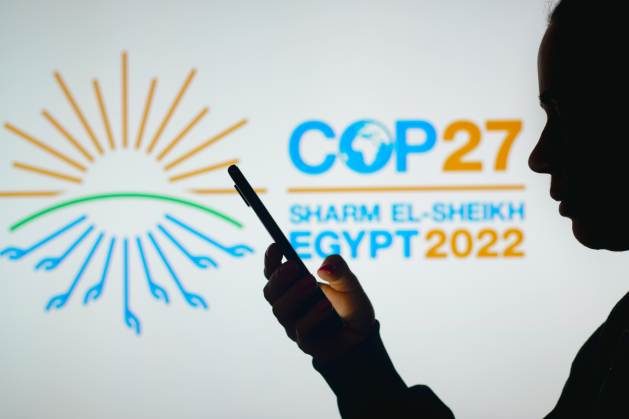 With time running out, the meeting in Egypt will mark the moment when we start to see if the pledges made at COP26 in Glasgow, are being met. Credit: Shutterstock

NEW YORK, Nov 3 2022 (IPS) - So, Greta Thunberg won’t be coming to COP27. She’s condemned it as “greenwashing” and cast doubts on the host’s human rights record and lack of access for activists.

To be clear, we have nothing but admiration for what Greta Thunberg has accomplished as far as increasing the pressure on our political leaders to do more. We agree with her completely that a lot more is needed, and fast.

But when it comes to COP27, we hope she’ll change her mind. We have three reasons for this: the impact of diplomacy, the urgency of the situation, and COP27’s role convening people with power and influence.

One reason she has given for not attending is her concern that civil society representation may be less this time around, and she doesn’t want to take someone else’s place. This is thoughtful. However, Greta Thunberg has access to leaders’ others may not. Her presence could have a significant impact.
While Greta Thunberg is right that many international events are mostly “blah, blah, blah,” the United Nations negotiations on climate change have achieved a lot more than many people realize. Prior to the Paris Climate agreement in 2015, for instance, we were on a trajectory of 4-6 degrees Celsius rise in temperature by the end of the century. Now, estimates suggest we’re on track for somewhere around 2.4-2.8 C, if current pledges are met. While this would be a terrible scenario to have to face, it would be less apocalyptic than those higher numbers.

As we have pointed out in a previous article, international negotiations on climate change have had a profound impact already, kickstarting the shift away from two centuries of fossil fuel dependence and giving us at least a chance of achieving sustainability in the longer term. Just days ago, the International Energy Agency forecast that global emissions will peak in 2025 before beginning to fall. Furthermore, they see all types of fossil fuels “peaking or hitting a plateau” then, too.

Do we wish this had happened sooner? Absolutely. But it shows progress is being made. Besides, there is no alternative to an international process when it comes to dealing with a global problem of this magnitude. No country, company, or coalition, can solve this problem alone. We all need to work together.

Urgency means everyone joining the fight

We agree wholeheartedly with Ms. Thunberg’s exhortation for everyone to “mobilize” and be involved in solving this challenge. Many folks may choose to be activists or advocates for change, pressuring their home governments to be more ambitious, taking action locally, or changing their habits as consumers or investors. Thunberg is also quite right that time is running out; the science tells us the window of opportunity to restrict warming to 1.5C or less is closing rapidly.

Yet this is exactly why COP27 is so important. With time running out, the meeting in Egypt will mark the moment where we start to see if the pledges made at COP26 in Glasgow, are being met. Is the global community sticking to its promises or falling short? COP27 will give us an opportunity to review, press for greater urgency, and draw global attention to those who are keeping their promises and those who are not.

The decision at COP26 to not wait for 5 years until governments submit improved National Determined Contributions, but to ask all countries to update their NDCs by COP27, is also important.

A total of 39 Parties have communicated new or updated NDCs since COP26, including critical countries such as Australia and India. This is clearly not enough, but it is a start. The same request should be made at COP27, pressuring countries to review their NDCs in time for COP28.

Finally, UN climate summits present a once-a-year opportunity to engage with powerful politicians and urge decisions on the climate threat. With time so short, no one who can influence the process should stay away.

Greta Thunberg has already had an outsized influence inspiring people to action and persuading politicians to take the issue more seriously. Her presence at COP27 would undoubtedly make a difference.

One reason she has given for not attending is her concern that civil society representation may be less this time around, and she doesn’t want to take someone else’s place. This is thoughtful. However, Greta Thunberg has access to leaders’ others may not. Her presence could have a significant impact.

For these reasons, we hope Ms. Thunberg will reconsider and use her influence to its fullest at COP27. As we write this, it appears that another powerful figure who had earlier ruled out attending may be changing their mind.

However, he has now had a change of heart. The public response to his initial decision, as well as concerns from industry and civil society, made the Prime Minister reconsiders his position. This is welcome news and, we believe, the right decision.

If Rishi Sunak wishes to build on the UK’s solid performance at COP26 and burnish his country’s reputation for taking climate change seriously, we hope he attends with not just positive rhetoric, but new commitments and financing. It would be a positive signal if King Charles also attended.

After all, the UK is still the President of the COP until the start of COP27. Missing the next COP would not have sent the right message to the UK’s partners and the global community in general.

With no other realistic way to solve climate change than the multilateral system, we urge Greta Thunberg to follow Rishi Sunak’s lead and join the gathering. In fact, all of those in positions of power or influence should come to Sharm ready to work for the best agreement possible. As John F. Kennedy said. “Let us never negotiate out of fear. But let us never fear to negotiate”.

Prof. Felix Dodds and Chris Spence have participated in UN environmental negotiations since the 1990s. They co-edited Heroes of Environmental Diplomacy: Profiles in Courage (Routledge, 2022), which examines the roles of individuals in inspiring environmental change.