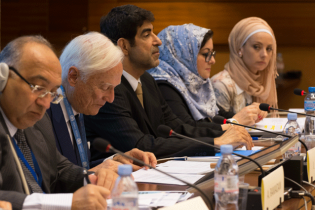 By Dr. Hanif Hassan Ali Al Qassim and Ambassador Idriss Jazairy and H. E. Ms. Naela Mohamed
Women’s empowerment and gender equality should remain a central objective of the world community. The recently adopted Sustainable Development Goals (SDGs) includes specific provisions to member States of the United Nations – notably through SDG 5 - to commit to enhancing gender equality and to give women a stronger voice in the fight for equality. The Preamble of the 1948 Universal Declaration of Human Rights calls for “equal rights” to be enjoyed by “men and women”: 69 years later, gender equality has not only been recognised for what it is: a fundamental human right, it is also becoming a guiding principle in the efforts of States to attain the highest ideals of a just and inclusive society and the highest rate of growth.
ADVERTISEMENT ADVERTISEMENT