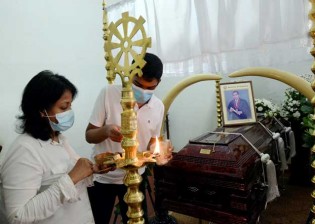 By Ameen Izzadeen
Every time, breaking news of a barbaric crime or terror act is reported from anywhere in the world, peace-loving Muslims the world over feel dejected and wish it had not been another tragedy that will make others glower at them with suspicion as though they too are complicit in the crime.

By Ameen Izzadeen
What has happened to the Republican Party? Picking Donald Trump in 2016 as the Republican candidate, giving him victory in primary after primary and later tolerating his idiosyncrasies and unpredictably dangerous behaviour and policy decisions were bad enough however much one tries to digest them as vagaries of the democratic tradition.

By Ameen Izzadeen
In the wake of the latest coronavirus outbreak, movie buffs are drawing an eerie parallel with the film Contagion, a 2011 thriller based on a lethal airborne virus called Nipah and how the world’s medical community battled to find a cure for the pandemic.

By Ameen Izzadeen
Israeli Prime Minister Benjamin (Bibi) Netanyahu was slapped corruption charges last week while he was hobnobbing with US President Donald Trump in Washington. Bibi has, apparently, done his homework in psychology. He knew the quickest way to get around Trump was to flatter him.

By Ameen Izzadeen
The genie is out and it is difficult to put it back into the bottle, say concerned Sri Lankans as anti-Muslim hatred spreads far and wide, evoking fears of a major ethnic riot which the country last witnessed in July 1983.  But the voice of the concerned citizens is a murmur against the raucous anti-Muslim hate speech.
ADVERTISEMENT ADVERTISEMENT