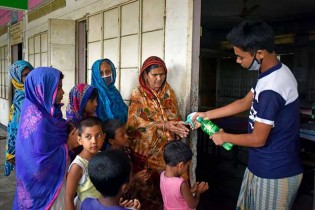 We Can’t Halt Extinctions Unless We Protect Water

By Claudia Sadoff
Global biodiversity loss has reached critical levels. One million species of plants and animals are now estimated to be at risk of extinction. The window for action is closing, and the world needs to urgently take note.
ADVERTISEMENT ADVERTISEMENT