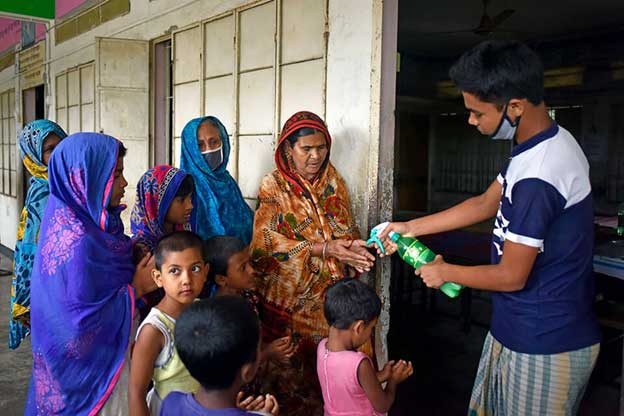 WASHINGTON DC, Mar 7 2022 (IPS) - The increased empowerment of rural women in Bangladesh over the past 10 years has been no accident.

A decade ago, not even one in four rural women could be said to be “empowered” across five key metrics, a figure that surprised even those working on the ground with the country’s poorest. By 2015, this had risen to more than two in five, or 41 per cent, with continued gains in recent years.

A key reason for this rise was a systematic effort to measure empowerment among rural women in real terms using measurements that were directly related to their daily lives, including farming and fishing.

The findings were a wake-up call that guided and motivated action towards a more targeted approach to improving women’s participation and decision-making in food systems.

The result is not only greater gender equality but subsequent improvements in nutrition, health, and productivity. And while the gender gap was slowly closing, Bangladesh achieved lower-middle-income status, with reductions in extreme poverty, as well as child and maternal mortality.

Clearly, for women around the world, there remains a long way to go. But as Bangladesh has demonstrated, unlocking the multiple benefits that gender equality can bring begins with first quantifying the level of empowerment and gender parity among rural women and their communities. In this case, researchers deployed a pioneering tool, the Women’s Empowerment in Agriculture Index (WEAI).

Bangladesh became the first country to carry out a national household survey that included the WEAI in 2012. One component of the index provided the first measure of women’s empowerment across five key domains: decisions about agricultural production; access to and decision-making power about agricultural resources; control of use of income; leadership in the community, and time allocation.

In addition, another component measured gender parity, or the percentage of women who are empowered or whose achievements are at least as high as the men in their households. This allowed women’s empowerment to become a litmus test for agricultural productivity, nutritional status, and public health.

The publicly available data was instrumental in demonstrating the scale of gender inequality in Bangladesh as well as exposing the variation in empowerment within the country. And this information also enabled the second step, which was to inspire government-backed programs that addressed the mutual links between women, agriculture, and food security.

Not only did these trainings positively impact women’s empowerment by up to 13 percentage points, but the program also increased the production of crops other than rice and improved the quality of household diets. The ANGeL program has since been rolled out nationwide.

To date, the WEAI has spawned several different versions, some including more extensive metrics and others fewer, to meet the needs of more than 200 organizations in 58 countries.

But applied at a global level, supported by CGIAR, tools like WEAI can provide a common metric that helps design policies to meet multiple goals, from improving diets and childhood development to increasing women’s livelihoods.

If more countries, governments and agencies made use of the WEAI or similar, to guide policy and investment decisions, women’s empowerment could be leveraged as a gateway towards a healthier, more inclusive and fairer world.

When performance is measured, performance improves but when performance can also be directly compared across countries, regions, and different production systems, the result can accelerate progress by inspiring a race to the top. This is why efforts are under way at CGIAR to harmonise different instruments to allow progress worldwide to be monitored and stimulated more widely.

Governments also have a critical role to play in investing in collecting and reporting on empowerment indicators and working alongside development partners to act upon their insights.

The more policymakers and researchers know about the extent of gender inequality and its wider role in the health and prosperity of its population, the more governments, researchers and NGOs can take targeted and effective action that addresses global challenges at their roots.

Women’s empowerment in agriculture leads to greater diversity in food production and household diets, and, in many countries, helps children’s long-term nutritional status. With a consistent approach that first reveals and then reduces the gaps in women’s empowerment, everyone stands to benefit.