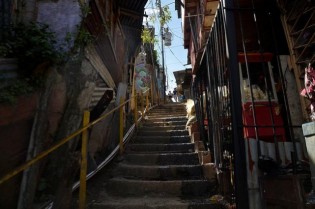 By Daniel Salazar
Donald Vásquez points to the soil on a farm located in one of the most degraded basins on the Pacific Ocean side of Costa Rica. Below, where he points with his index finger, there is a huge layer of white earth, with dozens of bare coffee plants struggling to produce beans in the next harvest.

By Daniel Salazar
Jazziel Baca lives in the municipality of Esquías, in western Honduras, one of the areas hardest hit by the southern pine beetle (Dendroctonus frontalis), which damaged almost 500,000 hectares of forest in that Central American country between 2013 and 2015.
ADVERTISEMENT ADVERTISEMENT