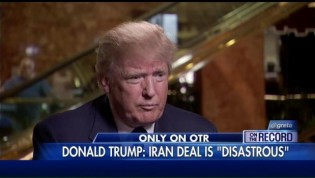 By Eli Clifton
J Street, the Washington-based "Pro-Israel, Pro-Peace" advocacy group, drew a large crowd to its annual conference this year despite criticism over its controversial calls for the Barack Obama administration not to veto a U.N. Security Council resolution condemning Israeli settlement construction in the West Bank.

By Eli Clifton and Jim Lobe
Gleeful Israeli leaders and their neo-conservative supporters here have spent much of the past week insisting that the State Department cables published by Wikileaks prove that Sunni Arab leaders in the Middle East are far more preoccupied with the threat posed by an ascendant and possibly nuclear Iran than with a resolution of the Israeli-Palestinian conflict.

By Eli Clifton
Several powerful members of Congress have worked to suspend U.S. military aid to Lebanon's military after a deadly skirmish on the Lebanese-Israeli border last week which left two Lebanese soldiers, a Lebanese journalist and one Israeli officer dead.

By Eli Clifton
The recent Wikileaks dump of war-related documents has brought little new to the debate over Washington's ongoing military involvement in Afghanistan, but allegations that Pakistan's intelligence services are aiding the Taliban has brought renewed attention to U.S. concerns over its reliance on Islamabad in battling Taliban and al Qaeda forces in Afghanistan.

By Eli Clifton
The Barack Obama administration has found success in passing healthcare reform and legislation touted as an "overhaul" of the U.S. financial system, but last week it became clear that the Democrats wouldn't advance a climate change bill until after the August recess and, more likely, until next year.

US and South Korea Impose New Sanctions on North

By Eli Clifton
The United States and South Korea will impose new sanctions on North Korea in an effort to crackdown on the North’s participation in arms proliferation and increase pressure on Pyongyang after the sinking of a South Korean warship.

By Eli Clifton
British Prime Minister David Cameron’s visit to Washington, DC on Tuesday was supposed to be an opportunity for the Conservative Party leader to build a rapport with U.S. President Barack Obama.

By Eli Clifton
With less than six months before the residents of southern Sudan vote on a reform which is expected to result in the cessation of South Sudan from the north, a new report implicates Sudan’s security services in "carrying out a brutal campaign of arbitrary detentions, torture, and mental and physical intimidation" against opponents of the government.

By Eli Clifton
Depending on whom you asked, Friday's statement from the U.N. condemning the "attack" on a South Korean warship was either a victory for those countries seeking to publicly shame North Korea or a failure of the international community to sufficiently assign blame to Pyongyang for the incident.

By Eli Clifton
CNN's firing of Octavia Nasr, the editor responsible for the network's Middle East coverage, over a Twitter post in which she expressed her sadness over the death of a Lebanese cleric has set off a firestorm of debate about what the decision says about CNN's fairness in reporting on the region.

By Eli Clifton
Last week's meeting of the Nuclear Suppliers Group (NSG) in New Zealand brought statements of concern over China's planned nuclear deal with Pakistan, but U.S. State Department officials avoided taking a strong position on the deal when pressed by reporters this week.

By Eli Clifton
Monday's Supreme Court decision on the extent to which the Second Amendment of the U.S. constitution guarantees the universal right to own a gun is being welcomed by organisations on both sides of the debate, even as some warn that the ruling could open a floodgate of legislation challenging gun laws in different states.

By Eli Clifton
China's central bank announced Saturday that it would give the Chinese Yuan (RMB) flexibility to gradually rise in value against the U.S. dollar in a move that was welcomed by Washington and designed to appease global leaders at this weekend's G20 meeting in Toronto.

Israeli Concessions on Gaza Fall Short of a New Policy

By Eli Clifton
Israel's announcement Thursday that it would ease the restrictions on goods entering Gaza has been received by NGOs and the international community as a move in the right direction, but as not going far enough in lifting the Israeli siege on the Gaza Strip.

By Eli Clifton
On a day when North Korea's World Cup team played its first match in South Africa - ending in a respectable two-one loss against powerhouse Brazil - a new report is suggesting that the White House engage in more active diplomacy to address the deterioration of regional attempts to persuade Pyongyang to give up its nuclear weapons programme.

By Eli Clifton
Earlier this spring, many here in Washington were hopeful that Chinese president Hu Jintao's attendance at the Nuclear Security Summit, the U.S. Treasury Department's decision to hold off on naming China as a "currency manipulator", and China's support of U.N. sanctions against Iran all pointed to a thaw in the cool relationship between the Barack Obama White House and Beijing.

By Eli Clifton
President Barack Obama will be sending 1,200 National Guard troops to patrol the U.S.-Mexico border after pressure from both Republicans and Democrats to tighten border security and increase funding to combat the flow of illegal drugs into the U.S.

By Eli Clifton
Japanese Prime Minister Yukio Hatoyama announced on Monday that he would renege on his campaign promise to renegotiate the move of a controversial U.S. airbase off the island of Okinawa.

By Eli Clifton
Thursday's formal accusation by South Korea that a North Korean torpedo sunk the warship Cheonan, killing 46 South Korean sailors, has set off a flurry of activity in Washington as politicians and foreign policy experts try to identify an appropriate U.S. response while balancing the need to maintain a stable relationship with China - the North's biggest sponsor.
Next Page »
ADVERTISEMENT ADVERTISEMENT